Shell, Nokia and Lego are among 1,000 businesses to join governments in support of carbon pricing 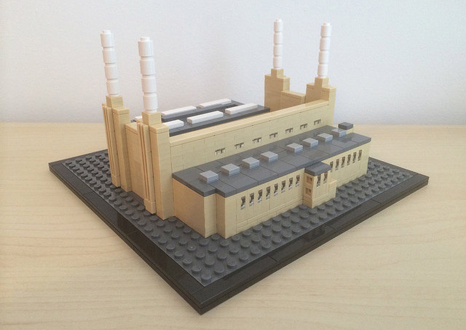 More than 1,000 companies and investors have joined up with governments responsible for 54% of greenhouse gas emissions to call for a carbon price.

Shell, Nokia and Lego are among the big business backers of a World Bank movement to put a price on climate pollution.

They join 73 national and 11 regional governments including China, Russia and Indonesia.

World Bank president Jim Yong Kim said: “By supporting a price on carbon, leaders from across the political and business world have come together to send a strong signal that they will build their economies for a safer, cleaner, and more prosperous planet.”

The announcement was made as world leaders flock to New York for UN secretary general Ban Ki-moon’s climate summit tomorrow.

Kim said: “Today we see real momentum.  Governments representing almost half of the world’s population and 52 percent of global GDP have thrown their weight behind a price on carbon as a necessary, if insufficient, solution to climate change and a step on the path to low carbon growth.”

The World Bank and the We Mean Business Coalition will form a group on carbon pricing to continue development of the principle after tomorrow’s summit.

“Members will be sharing experience, research, and best practice and spurring action across their sectors, supply chains, and with their neighbours and allies,” explained Kim.

A network of more than 1,000 cities and 28 NGOs also backed the World Bank’s statement.

World Bank vice president Rachel Kyte had told RTCC critics would be “surprised” by the strength of support for carbon pricing.

At the announcement, she said: “Often we hear that carbon pricing is difficult.

“Today, we can see that the economics are compelling and that leaders, elected or selected, are finding a way to manage the politics and business models in order to embrace our low-carbon future.”