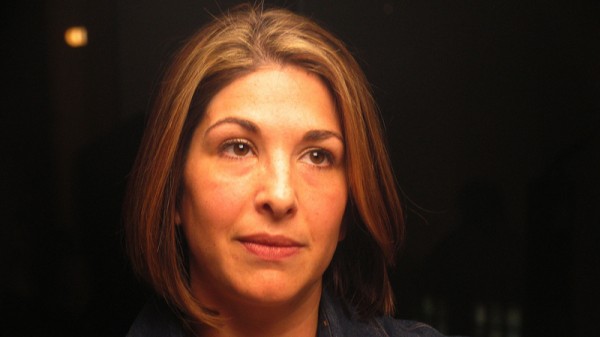 When the official headcount for the People’s Climate March in New York last month reached 400,000, the organisers were thrilled.

But as satirical news site the Onion reported, 7.1 billion people showed their support for dangerously escalating temperatures by going about their business as usual.

Naomi Klein was on the march. She tells RTCC it showed a glimpse of the “urgent, motivated climate justice movement” needed to confront global warming – and those most responsible for causing it.

Her latest book This Changes Everything: Capitalism vs the Climate is a call to the barricades.

It warns readers they cannot count on businesses, diplomats or even the green movement to protect them from catastrophic climate change.

Accordingly, Klein was less than impressed by the UN climate summit that followed a few days after the march.

That summit, hosted by UN secretary-general Ban Ki-moon, was a chance for world leaders to pledge bold climate action.

But as it became clear there would be few new announcements from that quarter, attention shifted to parallel meetings of business and civic leaders.

If one document could be said to set the tone for the meeting it was the New Climate Economy report.

Funded by governments to the tune of US$ 8.9 million and led by former Mexico president Felipe Calderon, it assured people they didn’t have to choose between getting richer and greener.

This analysis is “intellectually dishonest,” says Klein, because it does not address the need to shrink the parts of the economy most responsible for emissions – dirty energy  companies.

“The question is not whether you can have growth overall, the question is what do we do in the short term and how do we manage our economy.”

And it “failed to wrestle with the hard numbers,” she says.

That gives the world a “likely” chance of limiting temperature rise to 2C and represents a fair split of the burden between rich and poor, he says – but it goes far deeper than any measures currently on the table. 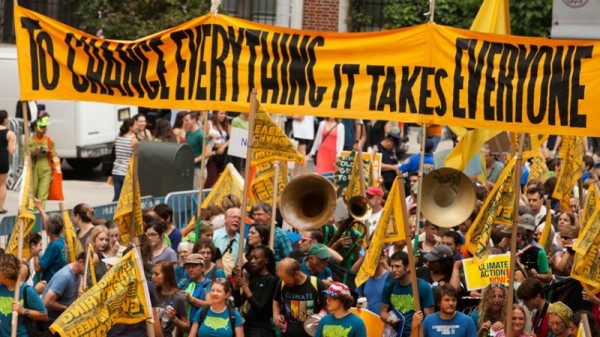 The New York summit was well-attended by oil and gas companies, many of which backed a price on carbon pollution.

This suits them in the short term, as it will drive a shift away from more-polluting coal for power generation.

But the same companies reject analysis showing that most fossil fuels must stay in the ground to avert catastrophic global warming. They do not expect strong political action to curb demand.

Saudi Aramco’s chief executive got a round of applause, Klein recalls, eyes wide with disbelief.

That illustrates why businesses can be part of the solution but not lead it, says Klein.

“There is a difference between doing something and doing what needs to be done.

In line with her previous books, No Logo and The Shock Doctrine, Klein blames our climate predicament on the free-market agenda that has dominated politics since the 1980s.

Negotiators have spent more than two decades trying to galvanise joint action on climate change, while emissions kept rising – 61% between 1990 and 2013.

It is too late for a softly-softly approach, Klein argues in her book, and it is no use waiting for a technology breakthrough to save us.

There are scathing chapters on the role of the environmental movement and self-styled “green billionaires”.

Green groups are accused of endorsing weak environmental policies in order to stay in with a pro-business elite.

The Nature Conservancy is singled out as the worst offender, having gone so far as to allow oil drilling in one of its conservation zones.

Richard Branson, the mega-rich founder of Virgin, made headlines in 2006 with a promise to invest US$3 billion of airline profits in low carbon technology.

Since then, Klein finds, he has spent less than a tenth of that amount on green initiatives, while aggressively expanding his aviation business.

Her answer lies in planning and banning: government-led spending on green infrastructure coupled with direct action against polluting industries.

If that sounds like a left-wing prescription, that’s because it is.

Climate change contrarians have long accused greens of seeking to smuggle in a socialist agenda of regulations and central control.

This is the watermelon theory – environmentalists are green on the outside and red on the inside.

Disarmingly, in her first chapter Klein tells the climate deniers they are right.

Well, not on all the details – she has no desire to follow a Soviet model, which was highly destructive to the environment.

She doesn’t want to take developed countries back to the Stone Age – the 1970s would do, in terms of a fair share of emissions cuts.

And of course she is not accepting their version of the climate science.

But if they fear tackling climate change will involve a radical upheaval in the economy, Klein argues, that shows they’ve been paying attention.

The political trend has been to make climate action more palatable to right wingers by promoting market-based solutions such as emissions trading.

Klein rejects that approach and is upfront about wanting to embrace a more collective, community-based response.

“I don’t think we should spend any time worrying about what they think. There are a huge number of people who know that climate change is real but are disengaged, for a wide variety of reasons and it is much more important to have a conversation with that disengaged middle.”

For that to happen, she is reaching beyond environmentalists to trade unions, indigenous groups and social justice campaigners.

Far from the pragmatic inclusiveness of New York, these protestors take a simple moral position: no more dirty energy.

This absolutist stance extends to one of the largest scale low carbon energy sources: nuclear.

Nor is she keen on big hydro, which is “intimately connected with land grabs and violations of people’s rights”.

“What you need more than anything is technologies that communities are going to embrace. I don’t think it is efficient to be shoving technologies down people’s throat that they are afraid of.

“I think there is evidence we can roll out renewables very quickly without that risk.” 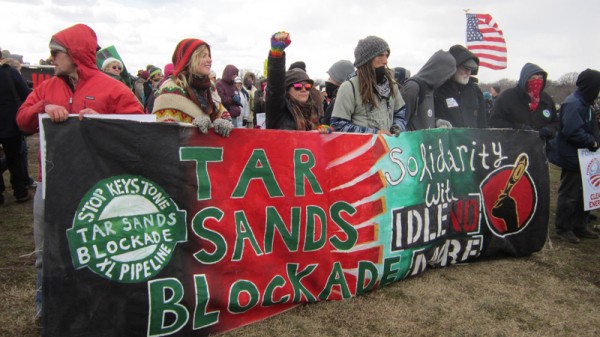 This is where Klein’s analysis is short on detail.

There is much praise for the indigenous people, with their low carbon lifestyles, fighting to save their traditional territories.

There is less on the implications for the vast and growing majority of people who live in cities and depend on denser forms of energy.

And she plays down the role of population growth. The world’s population grew more than a third over the period 1990 to 2013, admittedly less steeply than emissions.

“I don’t think population has been what is driving this emissions boom,” says Klein.

“I am not saying it doesn’t matter, but I think we have a bad tendency in Western countries to defray our responsibility by blaming population growth – blaming black and brown poor people in other parts of the world.

“We need to talk about the major source of emissions growth, which is Western-style consumption.”

Aside from plugs for dense urban design and public transport, Klein is somewhat vague on the lifestyle changes needed to achieve rapid emissions cuts.

But this is consistent with her framing of the subject as a moral challenge, rather than an economic cost-benefit analysis.

In her book, Klein draws parallels with the abolition of slavery in the US, at the time a major pillar of the economy.

Some abolitionists advanced pragmatic arguments for liberating slaves, she notes, but it was the moral case that ultimately won the day.

If enough people clamour for climate action, an economic shift on a similar scale becomes possible.

It involves ending the culture of “shopping as lifestyle”, says Klein.

“This is why I think it is really important we talk about how we rebuild community in our response. I think there is a relationship between how much we feel the need to shop and that sense of lack our culture has created in us.

“We are going to get nowhere unless we have an ideological shift.”