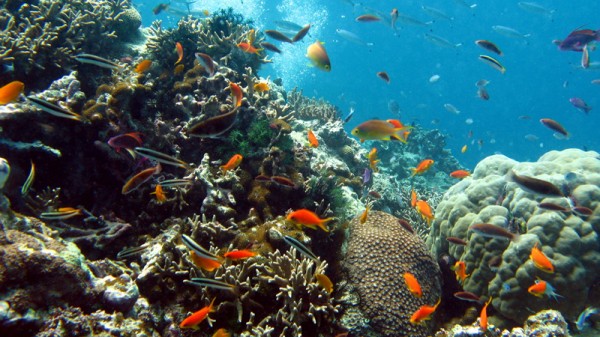 Four US banks have ruled out investment in a coal port expansion near Australia’s Great Barrier Reef.

The project has become a touchstone issue for environmentalists, for both local conservation and climate change reasons.

It not only threatens the Great Barrier Reef, a sensitive coral ecosystem and UNESCO world heritage site, but opens up trade for nearby coal mines.

“We’re pleased to see four of the biggest banks on Wall Street reject this destructive project that presents a grave threat to the Great Barrier Reef and to the global climate,” said RAN director Amanda Starbuck.

“These four banks have clearly taken a good look at the Abbot Point plan and decided that dredging a world heritage site to make way for coal ships is obviously a terrible idea.”

JP Morgan told the Rainforest Action Network: “We do not finance natural resource projects within UNESCO world heritage sites unless there is prior agreement between both the government authorities and UNESCO that such operations will not adversely affect the outstanding universal value of the site.”

The other banks simply confirmed they had no plans to invest in the project, while Bank of America refused to state its position.

In June, UNESCO deferred a decision on whether to put the Great Barrier Reef on its danger list.

The UN body had raised concerns about the proposed port developments, but said the Australian government was making progress on managing the reef.

Australian scientists are less convinced. The Academy of Science today slammed the government’s 2050 sustainability plan, which it said failed to effectively address key pressures on the fragile ecosystem.

Professor Terry Hughes said: “The science is clear, the reef is degraded and its condition is worsening.

“This is a plan that won’t restore the reef, it won’t even maintain it in its already diminished state.

“It is also more than disappointing to see that the biggest threat to the reef – climate change – is virtually ignored in this plan.”

Abbot Point provides an export route for coal from new mines in the nearby Galilee Basin.

Prime minister Tony Abbott declared “coal is good for humanity” at the opening of one of those mines earlier this month.

Australia has “big future, as well as a big past”, he insisted.

He spoke in defiance of a growing acceptance of evidence that most fossil fuels must stay in the ground in order to curb climate change.

Greenpeace estimates if the coal mines reach full production, they will be responsible for 705 million tonnes of carbon dioxide emissions a year.

That is 176% of Australia’s 2010 emissions or equivalent to the seventh highest emitting country in the world.

Despite saying it would not invest in the port expansion, Morgan Stanley is advising Indian conglomerate Adani on the sale of a stake in Abbot Point.

Adani, which also owns one of the biggest mines in Galilee, bought the coal terminal for US$2 billion in 2011.

It is looking to sell a stake in Abbot Point to help fund its development plans for the mine, port and a railway line to link the two.

The coal is destined for some 20GW of power stations Adani is building in India.

But a recent auction in India shows solar power is starting to undercut coal generation, according to a report by REneweconomy.

That could erode the economic case for Australia’s coal projects, it claimed.

It follows analysis by the Carbon Tracker Initiative warning the mines are financial “madness”, with the global coal market oversupplied and Asian demand slowing down.