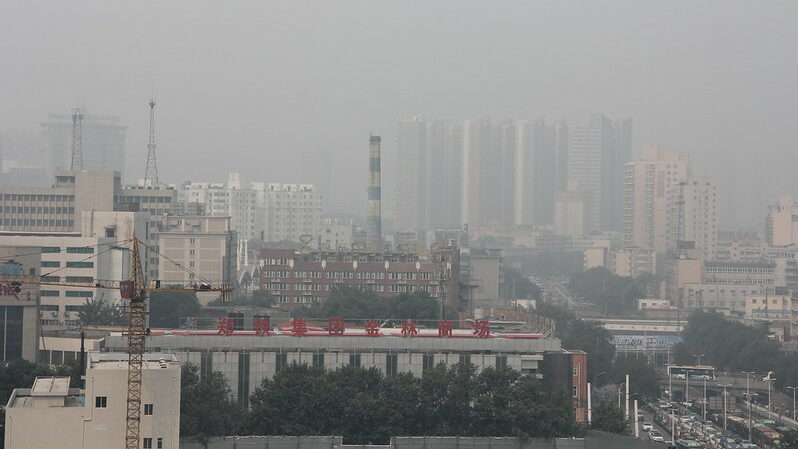 We trailed China’s carbon neutrality announcement last week, yet somehow it was still a surprise when Xi Jinping came out with it at the UN general assembly.

Yes, it’s official: the country responsible for more than a quarter of the world’s carbon dioxide emissions is aiming for net zero by 2060.

This is huge. Massive. Climate Action Tracker reckons it slices 0.2-0.3C off global warming projections this century. Not enough to meet the Paris Agreement temperature targets, but it rekindles hope.

Forty years is a long time. It would be easy to dismiss this as Communist propaganda. President Xi scored a political point against Donald Trump, distracting attention from trade conflict and human rights concerns.

But Beijing tends to be conservative with climate promises and met its 2020 emissions target three years early. While Xi revealed few details in his speech, Chinese policymakers and researchers have been working on a long-term climate strategy for at least two years.

Isabelle Gerretsen outlined five key questions about the carbon neutrality pledge. Not least: does this mean China is phasing out coal?

Check out our net zero tracker and deep dive into how net zero became the benchmark for climate ambition.

Mark your diaries: 12 December 2020. Those of you who sleep with a copy of the Paris Agreement under your pillow will know this is the fifth anniversary of the landmark pact.

The UN and UK are throwing a party and yes, they do expect presents: updated national climate targets, preferably ambitious ones. UN climate chief Patricia Espinosa earlier this month predicted only 80 countries out of 197 would meet the 2020 deadline, but could China’s announcement inspire more?

Prime minister Boris Johnson said the UK will “lead by example”, although several climate policy announcements have been deferred as he grapples with rising Covid-19 cases.

Brazil is unlikely to be among the frontrunners, if president Jair Bolsonaro’s video message at the UN is any guide.

Bolsonaro used his spot on the world stage to deny responsibility for rising Amazon deforestation and devastating fires across the Pantanal wetlands.

“A uniform carbon tax / Would protect all our backs,” recited the MD of Godrej Industries, to the delight of online delegates.