An online summit on 12 December offers a last chance for leaders to show off increased climate ambition by the end of 2020, the UN deadline 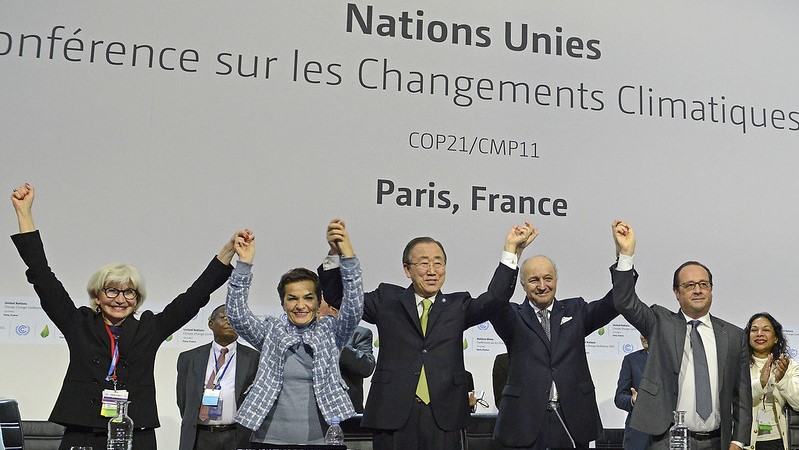 The UN and the UK are hoping to spur global momentum for climate action by urging countries to present tougher climate goals at an online event to mark the fifth anniversary of the Paris Agreement.

The anniversary of the historic deal on 12 December is the last spotlight opportunity for countries to come forward with the updated plans ahead of a UN deadline at the end of the year.

UN Climate Change has repeatedly called on countries to adopt higher ambition well ahead of critical climate talks in Glasgow, or Cop26, in November 2021, when the world is due to take stock of progress towards cutting emissions.

In Paris in 2015, countries agreed to limit global heating “well below 2C” – striving towards 1.5C. But voluntary national pledges would collectively lead to warming of 2.7C by the end of the century, according to the latest assessment by Climate Action Tracker. If China follows through its pledge to achieve carbon neutrality by 2060, it would bend the curve to 2.4C-2.5C.

UN chief António Guterres and UK prime minister Boris Johnson are due to outline plans for the Paris anniversary at a high-level roundtable event convened by Guterres on Thursday.

The UN has billed the event as “a vital moment to mobilise greater action and ambition” and “when governments are expected to present ambitious and quality climate plans” with all signatories of the Paris deal invited to take part.

So far, only 13 countries representing 3.6% of global emissions have formally submitted an updated plan to the UN, according to a tracker by the World Resources Institute. And the UK is not one of them.

Johnson will call on world leaders to announce plans to cut greenhouse gas emissions to net zero and ambitious finance commitments to help developing countries tackle the climate crisis at the online anniversary event on 12 December.

“The UK will lead by example,” Johnson is expected to say.

In a statement, Cop26 president designate and business minister Alok Sharma hinted the UK could use the moment to put forward a more ambitious plan, describing the event as “a call to all those who are ready to step forward this December and set out bold new [climate pledges] for a clean and prosperous future”.

At the UN general assembly this week, Johnson was expected to spell out his vision for how the UK will spur governments into greater action before Cop26. However a host of climate policy announcements have been delayed as the government grapples with a resurgence of Covid-19 cases.

If the UK is to set the pace of ambition to the the Glasgow summit, or Cop26, in November 2021, it will need to show its hand. Failing to do so before the end of the year risks undermining the UK’s credibility for leading the world into taking greater action, sources close to government told Climate Home News.

In recent weeks, UK ministers have ducked questions about the timing for a new climate plan, with Sharma simply insisting the government was striving to “put our best foot forward”.

The UK government has previously said its updated national contribution to the Paris Agreement would be informed by recommendations from its official climate advisors, the Committee on Climate Change, which is due to publish advice on 9 December.

The committee’s chief executive Chris Stark said in a tweet that advisors would always provide the government with its advice upon request, implying the UK may be in a position to announce an updated climate plans in time for the Paris anniversary three days later.

By 12 December, European heads of states hope to have agreed a new 2030 climate target to cut emissions by at least 55% from 1990 levels. And the event could provide Beijing with an opportunity to provide details of its promise to contribute more.

The commemoration will be framed by the results of the US election. A Joe Biden victory may slightly ease pressure on the UK, buying London time as the new administration will have to rejoin the Paris deal and submit its own plan in 2021, one diplomat told CHN.

But if Donald Trump is reelected to the White House, the pressure on the UK to show leadership will grow, they added.

Ambassador Lois Young, of Belize, and chair of the Alliance of Small Island States, told CHN the Paris anniversary was a moment to “rekindle the flame of climate action” and “one which the UK Cop presidency absolutely cannot afford to waste”.

Sonam Wangdi, of Bhutan, and chair of a group of 47 Least Developed Countries, said the moment was “a prime opportunity for governments to demonstrate their continued commitment to the Paris Agreement, not through talk but with action”.

Both agreed that the anniversary should see large emitters come forward with tougher climate targets in line with limiting global heating to 1.5C – the upper Paris goal on which the survival of vulnerable nations depends.

Wangdi added it was an opportunity for donor countries to deliver on their pledge to mobilise $100 billion a year by 2020 to help developing countries cut emissions and cope with intensifying climate impacts. “The UK could show real leadership in that respect,” he said.