UN climate chief expects only 80 updated national climate plans this year, as preparations are delayed by coronavirus pandemic and US political uncertainty 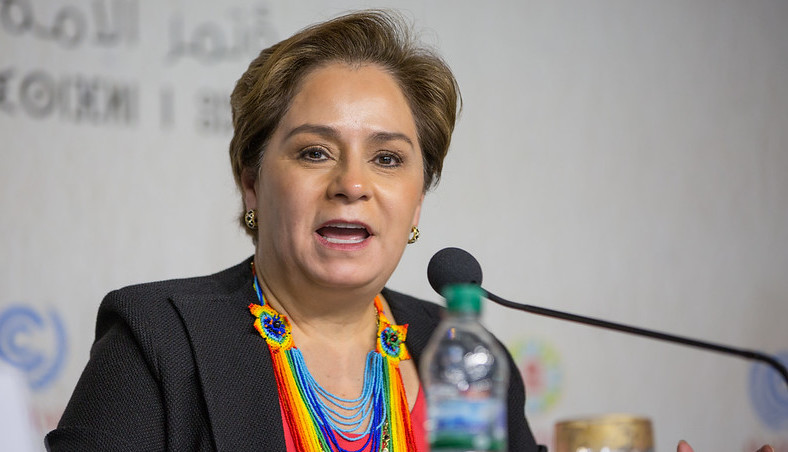 Most nations including top emitter China are likely to miss a 2020 deadline to upgrade national plans for fighting global warming, according to the UN’s climate chief.

Patricia Espinosa told Climate Home News she expected about 80 out of 197 signatories of the 2015 Paris Agreement to submit updated or more ambitious climate plans in 2020.

“It is a source of concern for me that we are not yet in a situation where I could confidently say ‘oh yes we will have a lot, or a majority, of NDCs on the table’,” by the end of the year, said Espinosa, executive secretary of UN Climate Change.

This year had been billed by the UN as “pivotal” for climate action. But the coronavirus pandemic, which has killed more than 850,000 people globally, has wrought havoc on climate diplomacy.

A summit due in Glasgow, Scotland, in November 2020 has been delayed by a year.

Espinosa said China, the biggest emitter of greenhouse gases ahead of the US, was not among the 80 nations she expected to submit NDCs in 2020. She declined to list the 80.

“China has indicated that yes, they are doing their work preparing for increasing ambition but, because of the way their process goes, they have said it would be difficult to come forward this year,” she said, confirming widespread expectations of a delay.

China’s new five-year economic plan starts in 2021. Before the pandemic, however, Chinese President Xi Jinping agreed with French President Emmanuel Macron in November 2019 to publish an updated NDC by 2020.

Espinosa, a former Mexican foreign minister, wrote to all nations on 13 August urging NDC submissions by the 2020 deadline laid out in the Paris texts.

She said the fight against what she called the “climate emergency” was also an opportunity for clean economic growth after the pandemic.

”Addressing climate change and Covid-19 are not mutually exclusive. They are perfectly compatible. If we want to talk about a recovery there is no choice: we have to address both,” she said.

The UK government, hosting the delayed UN summit known as Cop26, declined to say if it would submit an NDC this year.

“The UK has committed to coming forward with an increased NDC well ahead of Cop26,” a Cop26 spokesperson said. “We recognise the capacity constraints presented by coronavirus but the climate crisis will not wait, so we encourage all countries to submit enhanced NDCs and long-term strategies as soon as possible.”

Most nations submitted their first NDCs before the 2015 Paris summit but only 11 nations have issued new or updated NDCs to the UN, with Jamaica the last two months ago. The Paris Agreement seeks new NDCs every five years to ratchet up action.

Among industrialised nations – historically most responsible for carbon emissions – just Japan, New Zealand, Switzerland and Norway have submitted plans. Norway’s was the only one to commit to deeper emissions cuts by 2030, with the others reaffirming previous targets.

Much hinges on who wins the US presidential election on 3 November.

The United States is due to quit the Paris Agreement on 4 November under a decision by President Donald Trump, who has no plans to issue an NDC. He has called climate change a hoax and promotes US “energy dominance” in fossil fuel production.

In contrast, Joe Biden, Trump’s Democratic rival, says he would rejoin the Paris accord if elected and set a target of net zero emissions by 2050.

The US-based World Resources Institute think-tank says 104 nations have stated their intention step up climate ambition or action in an NDC by 2020. Another 33, including the European Union, plan to update their existing NDCs by 2020, it says.

Many of the early movers are developing nations under threat from heatwaves, droughts, floods and rising sea levels.

“We are likely to see a lot of smaller, and vulnerable countries, showing the way forward,” David Waskow, Director of WRI’s International Climate Initiative, told CHN.

He said that it was important for nations to build momentum with NDCs in 2020, but that the level of ambition was ultimately the most important factor.

UN chief António Guterres has urged nations to cut emission by 7.6% a year over the coming decade to limit the rise in average surface temperatures to 1.5C above pre-industrial times, the toughest target of the Paris Agreement.

Temperatures are already up 1.1C and set to rise more than 3C by 2100 with current plans. The steep economic downturn caused by Covid-19 will cut emissions this year.

Espinosa said she had to respect the Paris texts in urging NDCs this year.

“I have been very reluctant to give a plan B deadline… I do not want to give the impression that there can be another deadline,” she said. “I don’t think it’s helpful to say ‘OK, if you can’t make it by December, maybe March’.”

In her 13 August letter, Espinosa said her secretariat would publish a report at the end of February, giving an overview of NDCs submitted by the end of 2020.

It left the door ajar to delayed submissions by saying it would update the report “closer to Cop26 to ensure that it contains the latest available information”.

The Paris Agreement also invites nations to submit, by the end of 2020, long-term plans to decarbonise their economies in coming decades.

Espinosa said her main focus was on NDCs as the core of the Paris Agreement. The UN has received 17 long-term strategies so far, with Singapore the most recent in March.

Espinosa also said that she was working with Guterres’ office and the UK government to organise a virtual celebration to mark the fifth anniversary of the Paris Agreement, adopted on 12 December, 2015.

Guterres has recently been outspoken in urging a shift from coal.

Last week he told India that the coal business was ‘going up in smoke’ and tweeted that coal should “have no place in any rational #COVID19 recovery plan.”

“I think that he (Guterres) is really putting his finger on the spot when he says ‘if you want to be making a recovery package, don’t put coal into that’,” Espinosa said.

Espinosa added that the UN had to mobilise climate finance to enable developing nations to leave coal reserves in the ground and shift to cleaner energies such as wind or solar power.