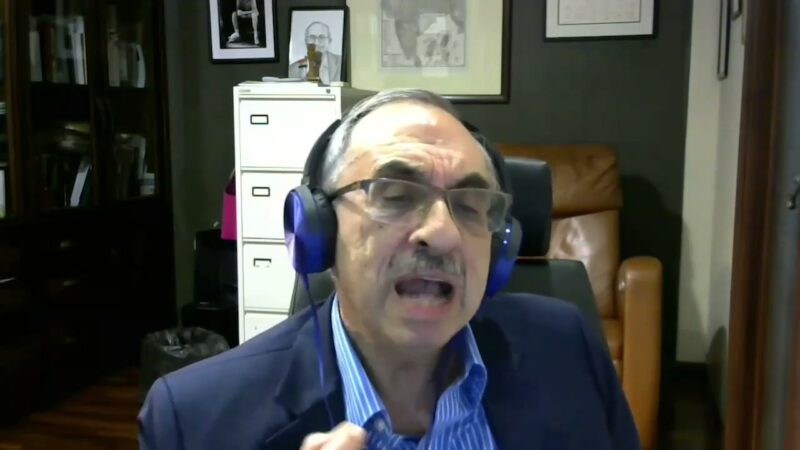 An Indian businessman made a poetic case for taxing carbon and ending coal burning on Thursday, at an online event as part of New York Climate Week.

The engineer and poetry enthusiast rhymed his way through a detailed set of policies to drive emissions cuts and switch to clean energy.

“A uniform carbon tax / Would protect all our backs,” he scanned, adding that a price of $60 a tonne “would surely get reduction done”.

Then he turned his attention to coal, which generates more than 60% of India’s electricity and is one of the biggest causes of global heating.

“Right now coal still looks cheap/ But the environmental cost is steep/ Both climate change and air pollution/ Show that coal’s not the solution,” said Godrej.

The poem went down well with the virtual crowd. “THIS IS ABSOLUTELY AMAZING” wrote delegate Elaine Chao, in the chat box. “I have goosebumps. That was so good!” wrote Falgun Patel.

Moderator Divya Sharma, executive director of the Climate Group, India, was stunned. “I have no words,” she said.

Find a full transcript of Sharma’s questions and Godrej’s rhyming response below.

Q: What could be the key levers for low-carbon development in the Indian context, are we getting it right?

It is no longer Climate Change

Within a tolerable range.

A crisis is what it’s about

With fires, floods as well as drought.

Every week a constant blast

Far worse than seen in the past.

If we must, we will adapt

Prevention though would be more apt.

There is a cost to adaptation,

It’s rising fast in every nation

As well as for the world at large.

And this will be a heavy charge.

In fact we should by now conclude

Prevention would be really shrewd.

It actually would cost much less

Indeed avoid a lot of stress.

Would protect all our backs,

Collected by each Nation state

But universal in its rate!

All GHGs would be fair game.

Every country should charge the same.

The benefit that this would yield

Would be a level playing field.

Because this system’s very fair.

Just how high should this tax be?

A range of numbers we can see.

But Sixty dollars per metric ton

Would surely get reduction done.

For carbon this could be the rate

For others we would calibrate.

The appropriate rate we would select

Based on the Greenhouse Gas effect.

Based on today’s emissions rate

Quite candidly I should state

It wouldn’t be a trivial sum

But there’s no reason to be glum.

In dollars it would be Two Trillion

It is a lot but not a Zillion!

The percentage is less than three.

Compared to taxes then again

The percentage is less than ten!

Of course some would then take a call

To reduce emissions not pay it all.

But bear in mind it’s not a cost.

For the economy nothing’s lost.

A UBI could be instated.

Some other tax could be abated.

And if this is indeed just so

The economy would still grow.

That there is no real price

Since very little would be lost

As adaptation has a higher cost?

But in the absence of a carbon tax

There is no reason to be lax.

Though business doesn’t find it nice

We already have a carbon price

Or rather we seem to have a range

That is ad hoc and very strange.

On coal we have a largish cess.

Our electricity rates are a mess.

With rates that regularly rise.

Climate change is now a curse

It steadily is getting worse.

Technology can save the day.

So far it has turned out that way.

As technology takes a leap

Whether groundnut shell or bagasse

Our India’s full of biomass.

At first we thought we’d have to spend

But that’s not true, for in the end,

We did invest but we also saved.

And solar is still getting cheaper

And as we do start digging deeper

In India it will hit the goal

Of being cheaper than even coal

In just a handful of years.

Already we and our peers

At lower rates than from the utility.

For quite some time we’ve been extorted

As their finances aren’t still sorted.

A silver lining can be seen,

All this incentivises green.

There are many paths that we can see

But the cheapest way is certainly

In times of plenty it was fine

To overuse and over design!

But now we find we always gain

If we only use our brain.

From any energy saving device.

For business this is very nice.

Not only are returns quite brisk

Can help us go very far.

Multiple benefits is what one sees

With water projects or growing trees.

Our carbon emissions are abated.

Trees planted at a river’s source

Maintain the flow throughout its course.

So many benefits we can see:

The preservation of biodiversity,

Now different species can be tried

Useful products can be supplied

And yet the trunk and the roots

Can sequester carbon, clean the air,

A win-win that is very fair.

From government, all that is sought

Is steady and robust support

To electrify our transportation

And ensure that the Indian nation

Vigorously does its bit

To efficiently store and transmit

With solar and wind there’s synergy.

Their peaks are not correlated

So storage needs can be abated.

Green energy buyers have been dazed

As wheeling charges have been raised.

Net metering comes at a cost.

Thus all the benefit is lost!

Instead of being incentivised

But the environmental cost is steep

Both climate change and air pollution

Show that coal’s not the solution.

So coal of course is not at all

Investing now can’t be a gain

Only fossil fuels with sequestration

Should be the rule throughout our nation.

Q: Are there perceptions that green growth is difficult to achieve and alternatively development cannot be green? What are your views on this, and what is the bargain that India can be making here?

A: No Bargain or Tradeoff

I’ve shown we can decarbonise

While we also monetise.

So never fall for either or.

Our hearts and minds demand much more.

Net zero emissions is in sight.

Businesses are seeing the light.

There’s no reason for our Group to fear

We’ll be net zero by next year.

And no there is no major cost

With our initiatives nothing’s lost.

There really is no give and take

We can both eat and have our cake.

All money spent is CSR

Which as I’ve shown can take us far.

So businesses must play a role

By setting an ambitious goal.

They can pay their climate dues

Without anything to lose.

Q: What role can businesses play in creating the demand for green growth and leading on low carbon development practices?

The Role of Business

Businesses can act one by one

But much more can be won

And doing so reflectively.

Could manage with setoffs instead.

The others could well forge ahead.

Their partnership with CII

Means many more would get to try.

There is a role in advocacy

Would solve the problem in a trice.

And nothing much would be lost,

Indeed there is no net cost.

For going green we miss incentives

At least get rid of disincentives!

And of course it would be great

If all stake holders collaborate

We should, hand in hand, plan it