UN chief urges Narendra Modi not to expand India’s coal sector, warning of harmful consequences for human health, the environment and the economy 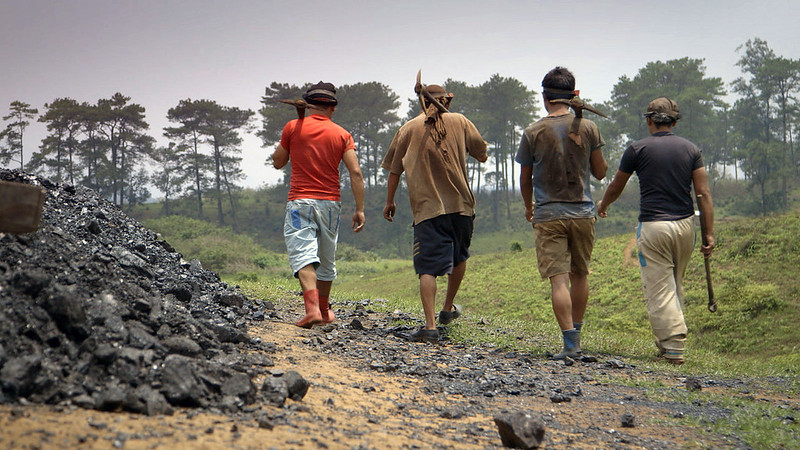 Speaking at Delhi-based The Energy and Resources Institute (Teri) on Friday, Guterres said ongoing support for fossil fuels around the world was “deeply troubling”. India is subsidising fossil fuels seven times as much as clean energy.

Modi recently launched an auction of 41 coal mining blocks to private investors. The prime minister said this would create hundreds of thousands of jobs at a time of economic fallout from Covid-19 and reduce India’s dependence on imported coal.

But Guterres warned rising temperatures caused by emissions from coal and other fossil fuels, would see India endure more intense heatwaves, floods and droughts, increased water stress and reduced food production if global warming edged over 1.5C by the end of the century.

“This strategy will only lead to further economic contraction and damaging health consequences. It is, simply put, a human disaster and bad economics,” he said. “Clean energy and closing the energy access gap are good business. They are the ticket to growth and prosperity.”

Guterres, who has championed a green recovery to the pandemic, has become increasingly direct in his climate rhetoric. He is demanding the world’s largest economies, known as the G20, end fossil fuel subsidies, put a price on carbon pollution and commit not to build any new coal power plants or mines after 2020.

However, few leaders are listening. Since the start of the pandemic, G20 countries have pledged $204 billion of support to fossil fuels. That is 52% of all public money committed to the energy sector, compared with 35% for clean energy, according the Energy Policy Tracker.

India, the world’s third largest emitter, has committed $8.9bn to fossil fuels, $6.8bn of it to coal, compared with $1.2bn for clean energy.

And yet, renewable generators have proved more resilient than coal, which bore the brunt of the collapse of energy demand caused by coronavirus restrictions, and is struggling against increasingly competitive solar prices.

Analysis by think-tank Ember found India’s share of wind and solar in electricity generation rose from 3% in 2015 to nearly 10% in the first half of 2020, while coal’s share fell from 77% to 68% in the same period.

Half of India’s coal will be uncompetitive in 2022, reaching up to 85% by 2025, Guterres warned. “This is why the world’s largest investors are increasingly abandoning coal,” he said. “The coal business is going up in smoke.”

On Friday, the CEOs of 20 leading Indian businesses signed up to a “call for action” highlighting eight areas that could deliver “a step change in sustainable growth” as the government focuses on restarting the economy and addressing rising unemployment rates.

Accelerating the transition of the power sector to clean energy sources, electrifying transport and increasing research in clean technology such as hydrogen should be prioritised to create jobs, lower energy costs and cut emissions, they say.

Guterres’ message, he said, comes at a time when Indian financiers are “starting to consider the possibility of a renewable-based future” – something unimaginable just five years ago.

Guterres insisted investments in renewable energy would generate more jobs than in the fossil fuel sector and boost India’s recovery.

But although such investments would create healthier and higher quality jobs, they are not a ready alternative for the estimated 500,000 coal miners in India, Swati Dsouza, a New Delhi-based energy consultant, told CHN.

She cited a study published in the Environmental Research Letters journal in March which found that although nearly all coal mining areas in India would be suitable for solar power generation, installed capacity would need to increase 37 times to transition all of India’s coal miners who live in suitable areas to solar jobs.

“We already have a very big base of people employed in the coal sector and there is no transition plan for them,” she said, adding coal mining supported livelihoods and activities of entire towns in coal-rich regions. “What are we going to do about that?”