After losing a year to the coronavirus pandemic, UN Climate Change is considering an extra meeting in 2021 to resolve sticking points in the negotiations 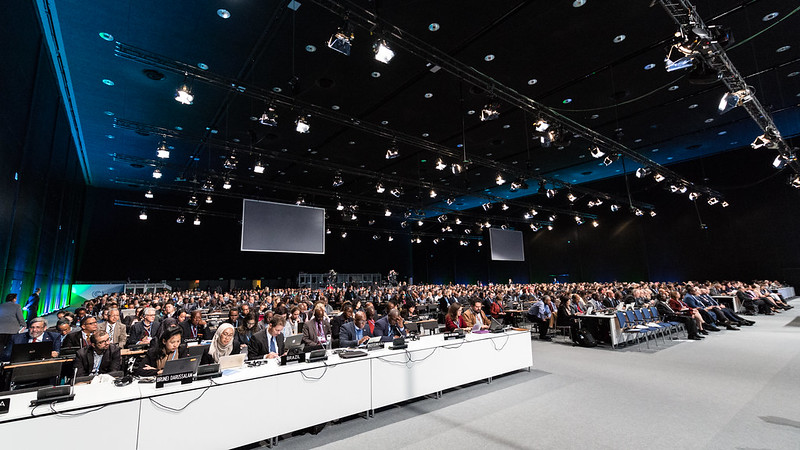 Additional climate talks could be held in 2021 to help countries prepare for the critical Cop26 summit, making up for time lost due to the coronavirus pandemic.

Cop26 in Glasgow, UK, was postponed by a whole year to November 2021 because of the risk of a Covid-19 outbreak. A preparatory meeting in Bonn, Germany was also deferred.

One option under consideration is to hold a third climate meeting in 2021. This would allow negotiators to catch up on work missed this year and arrive in Glasgow ready to negotiate the last unresolved issues of the Paris Agreement rulebook.

Alongside the technical negotiations, leaders are expected to arrive at Cop26 with strengthened national climate plans. Few major emitters are ready to deliver, with preparations running late even before the pandemic hit.

However, it is not clear who would pay for the event at a time UN Climate Change warned it faced “decreasing financial resources”.

UN Climate Change is predominantly funded by contributions from members to the UN Framework Convention on Climate Change. Its role is to facilitate climate negotiations, and provide technical support and capacity-building to help countries cut emissions and cope with climate impacts.

But as governments around the world focus on restarting their economies, some have not paid their dues. In response to countries’ questions about its finances, the UN Climate Change secretariat said contributions received by the end of March were “at a record low compared with those in previous years” with a hole of €33 million (£39.5m).

“Some parties have informed the secretariat that delays in their core contributions have been due to Covid-19, which has caused budgetary uncertainty for many parties as well as delays in payment,” it said.

Of the 43 countries with the biggest outstanding contributions, the secretariat said it had reached out to 34 that were not too heavily affected by Covid-19, urging them to pay up.

As of July this year, UN Climate Change had received only 48% of its core contribution for 2020.

In its 2019 annual report published last week, it warned “the pandemic risks diverting attention and funds from the climate crisis at a time when they are sorely needed, including for the secretariat.”

As the scope of its work expands, “more resources will be necessary to allow the secretariat to support Parties in achieve their climate change commitment,” the report added.

However, the pandemic is also expected to generate some operational savings. With in-person meetings, workshops and training sessions postponed or taking place online, the secretariat estimates its travel budget will reduce by up to a quarter this year. In 2019, UN Climate Change spent $12 million or 13% of its total expenditure on travel.

Sonam Wangdi, of Bhutan, chair of a group of 47 least developed countries (LDCs), warned voices of vulnerable nations facing the double threat of intensifying climate impacts and Covid-19 should not be excluded from the events running up to Cop26. That means making efforts “to accommodate internet connection issues, varying time zones and any other issues that remote work presents,” he said.

At least 19 poor nations were aiming to present more ambitious climate plans to the UN in 2020, the official deadline, Wangdi said, with all 47 LDCs committed to strengthening their plans.

Carlos Fuller, of Belize, lead negotiator of the Alliance of Small Island States, told Climate Home News that a number of island states will submit their plans in early 2021 because of delays caused by the pandemic.

So far only 11 nations representing 2.9% of global greenhouse gas emissions have presented updated plans to the UN. For UN Climate Change, this does not reflect the urgency for greater action requested by the science, vulnerable nations and people’s demands.

“Most countries are neither responding to the call for ambitious action nor preparing at the pace science indicates is required,” it said in its annual report, adding “efforts are being constrained by lack of resources.”