China’s provinces have overseen a coal plant building spree in the first half of the year, in a bid to revive the Covid pandemic-hit economy 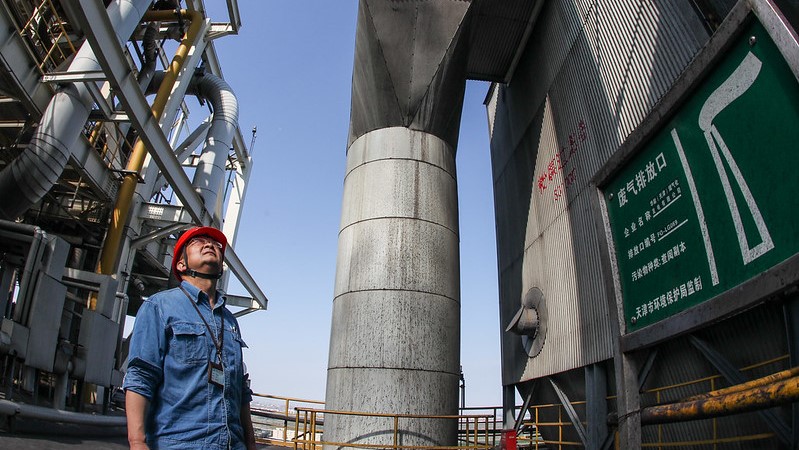 UN secretary general António Guterres has urged China to stop funding coal projects, warning the Paris climate agreement goals will slip out of reach if the world fails to deliver a green recovery to Covid-19.

Speaking at Tsinghua University, in Beijing, on Thursday, Guterres said the economic recovery to the coronavirus pandemic was a “make-or-break moment” for the planet. China’s actions, he said, could determine whether the world limits warming to 1.5C – the tougher target of the Paris goal on which the survival of vulnerable nations depends.

“As an economic superpower, the way in which China restores growth will have a major impact on whether we can keep 1.5C within reach,” he said during a lecture series titled “Climate governance in the post-pandemic world”.

Guterres, who has championed a green recovery to the economic fallout from Covid-19, said the trillions of dollars being spent on the economic recovery to the coronavirus pandemic could “either serve as a slingshot to hurtle climate action forward, or it can set it back many years”.

Governments have “a narrow window, but a vast opportunity” to rebuild a cleaner and fairer world, he said, urging them to end fossil fuel subsidies and the funding of coal.

“There is no such thing as clean coal, and coal should have no place in any rational recovery plan. It is deeply concerning that new coal power plants are still being planned and financed, even though renewables offer three times more jobs, and are now cheaper than coal in most countries.”

Coal consumption has bounced back in China, after a period of decline 2014-16. The amount of coal power capacity under development increased before the Covid-19 outbreak and the trend has since accelerated.

A province-led boom in coal planning means China currently has more coal-fired capacity under construction and in planning stages than the entire coal fleet of the United States. So far this year, the Chinese power industry has proposed to add more than 40GW of new coal plants – the equivalent of South Africa’s coal capacity.

According to data compiled by the Global Energy Monitor and the Centre for Research on Energy and Clean Air, China’s provinces approved more new coal-fired capacity between 1 January and 15 June this year than during all of 2018 and 2019 combined.

Last month, six Chinese ministries stated the need to prevent excess coal production and give priority to clean energy but no concrete actions were proposed to rein in the surge of new project approvals.

To prevent this, countries need to cut emissions by 45% by 2030, achieve net-zero emissions “well before 2050” and submit tougher climate plans aligned with the 1.5C goal ahead of the critical Cop26 climate summit in Glasgow, UK, next year, he added.

Beijing has vowed to publish its long-term decarbonisation strategy before the end of this year. It also committed to enhance its climate plan but avoided providing a timeline for doing so.

Guterres said China has the capacity to lead on climate action. It deployed more solar and wind capacity than any other country in the past five years, half of world’s electric vehicles are sold in China and it produces virtually all electric buses.