The Indian government is doubling down on import taxes for solar modules from China, but domestic manufacturing is not ready to fill the gap 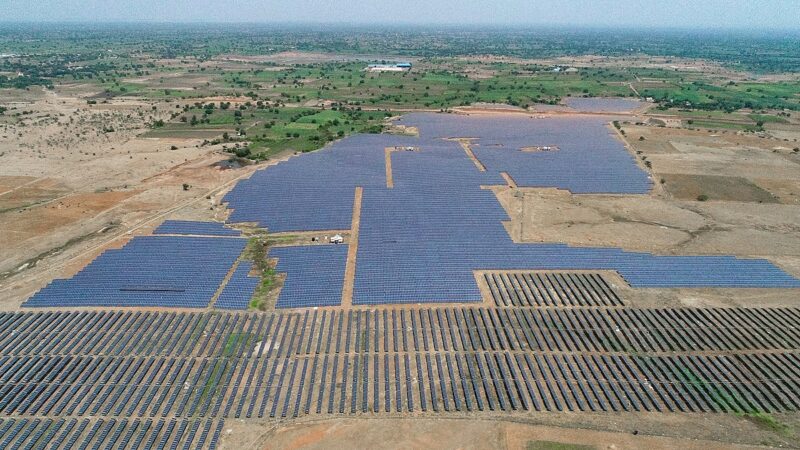 India’s great strides on solar development could be hampered by anti-China sentiment, which is compelling the government to cut ties with its most powerful neighbour at any cost.

While the relationship between China and India has been historically strained, in June a military standoff at the northeastern border, which left 20 Indian soldiers dead, escalated the conflict into a full blown trade war.

Since 2018 India has been imposing anti-dumping measures to protect local solar manufacturers from cheap Chinese imports. The government is now doubling down with a new round of custom duties on cells and modules imported from China and Malaysia, where some Chinese companies have set up shop to avoid trade barriers.

According to the Power and Renewable Energy Ministry, the plan is to impose up to 25% duties on solar modules and a 15% tariff on cells during the first year, increasing them to 40% and 30% respectively in the second year. While these penalties were meant to kick in only after the previous measures had expired, the government has decided to extend the existing safeguard duties for another year, basically taxing all imports twice.

The idea is to wean India off its dependency on Chinese goods, paving the way for Indian manufacturers to fill the gap. The measure squares with the vision of a ‘Self Reliant India’ promoted by prime minister Narendra Modi as part of India’s post-Covid recovery.

India is aiming to reach 100GW of solar capacity by 2022. As of 31 March 2020, only 37GW were installed. Professionals worry that drastic, short term measures will harm both developers and manufacturers, further slowing India’s progress.

Subrahmanyam Pulipaka, CEO of the National Solar Energy Federation of India (NSEFI), said that while there can’t be a meaningful energy transition without reduced reliance on imports, the Indian government should focus on a long term strategy.

“The 110 projects currently in the pipeline, accounting for around 30GW of capacity, will either have to be exempted from the new duty structure or should be compensated,” he said, given the budgets had been calculated with the previous lower prices in mind. NSEFI has put the request to the government, but it’s yet to receive an answer.

According to the research firm Mercom India, in the last three months of 2019, even with the current safeguard tariffs in place, 85% of all solar modules and cells were imported from China, with 5.5% and 4% coming from Vietnam and Thailand.

India’s dependence on China is so deep that manufacturers won’t be able to replace imports with homegrown tech in just two years. And while foreign investors are increasingly attracted to Indian solar installations, Indian manufacturing doesn’t spark the same interest.

“It is high time that the government of India comes up with a stable and sustainable policy that will attract considerable foreign investments [in the manufacturing field],” Pulipaka said.

Dhruv Sharma, CEO of Jupiter Solar, the second largest manufacturer in India, echoes this sentiment. “What we require is a protection for a reasonable period of time, at least five years,” he said, “to allow us to become financially stable and then invest in new technologies.”

Without long term protection, he said, “it is abundantly clear that no individual company can stand up to the might of Chinese solar industry, which is heavily supported by the government.”

Over the past two years, said Rishabh Jain, a market intelligence specialist with the Council for Energy, Environment and Water (CEEW) in Delhi, the government has collected more than 50 billion rupees (£507 million) of safeguard duties. “They should have ideally used that money to support domestic manufacturing, but that has not happened,” he said.

As things stand, he said, India is not equipped to meet the requirements for solar modules through domestic production, if it wants to meet its 2022 goals. “Setting up new facilities will require time,” he explained. “There are companies such as ReNew Power who plan to set up big manufacturing facilities, but I think they will also be waiting for the right signals in terms of long term policy, otherwise it will be very difficult for them to convince their investors.”

For more energy and climate change stories from South Asia, sign up to Lou Del Bello’s Lights On newsletter.