Climate Weekly: The kids are all right 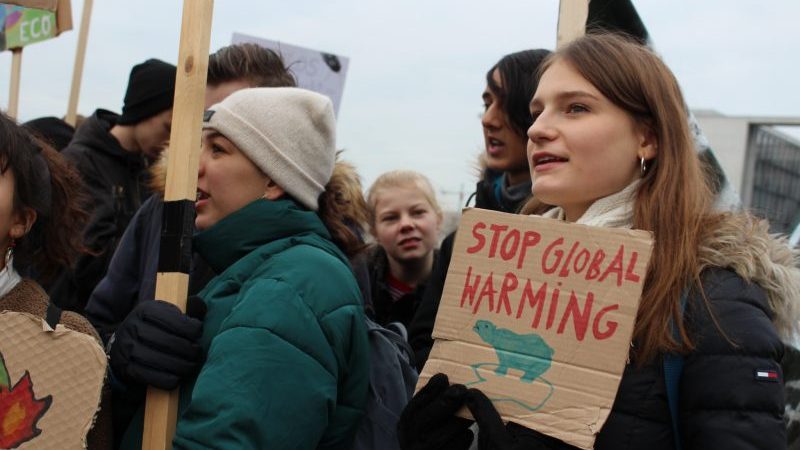 It is easy to be cynical about children skipping school to go to a protest. Who doesn’t want to dodge double maths, amirite?

In fact, thousands of kids going on “climate strike” on Friday have learned enough to know that, when it comes to climate change, the numbers don’t add up to a safe future.

Too young to vote, members of the budding movement told Natalie Sauer they had to take to the streets to get politicians’ attention.

In the UK, political opinion divided broadly on right-left lines. Conservative prime minister Theresa May criticised the teenagers for disrupting teachers’ plans, while the Sun and Spectator ran articles defending the status quo. Labour’s Jeremy Corbyn tweeted in support of the strike and the Guardian ran sympathetic coverage at the top of its UK homepage.

Former UN climate chief Christiana Figueres is fully on the strikers’ side, calling on governments to ramp up their national targets.

“It’s time to heed the deeply moving voice of youth and schoolchildren, who are so worried about their future that they need to strike to make us pay attention” – Christiana Figueres, former UN climate chief

UK Labour is jumping on board the Green New Deal bandwagon, Karl Mathiesen reports – but there are internal tensions over what it means.

The progressive wing is up against traditional trade unionists who back any large job-creating project, green or brown, including the controversial Heathrow airport expansion.

In the High Atlas mountains, the future hinges on water – Peter Jacques, University of Central Florida

The Swedish Shipowners’ Association is preparing to end the industry’s use of fossil fuels by 2045, in line with national climate law.

Shipping companies are looking for incentives to develop more efficient technology and alternative fuels, with an eye to leading global efforts on clean marine transport.

Sara Stefanini has been in Dublin, where the energy sector is seeking to fast-track electricity connections with mainland Europe, amid Brexit uncertainty.

Energy security concerns are also being cited in a push to open up oil and gas drilling in Irish waters, and build LNG import capacity.

Biofuels made from palm oil will no longer be classed as renewable, under draft legislation by the European Commission, to be considered in the next two months.

Campaigners welcomed the move, but warned that certain loopholes could undermine the effectiveness of the law.