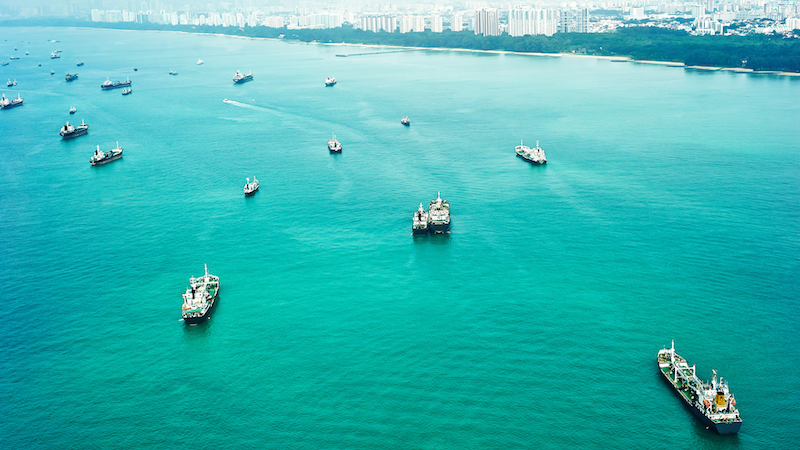 They are calling it the climate deal of the year. Or at least if we say it enough, it might catch on.

Next month, the International Maritime Organization is due to set out a climate strategy for shipping. This will include a level of ambition for decarbonising the sector and outline potential policies to meet it.

Brazil is seeking to block a cap on emissions and any short-term measures to be implemented before 2023, documents seen by Climate Home News show. Its delegation, which includes five representatives of mining giant Vale as advisers, cites concerns about the impact on trade and development.

But it is coming under pressure at home and abroad. Ana Toni and Natalie Unterstell of the Institute for Climate and Society argue Brazil should seize the market opportunity offered by greener shipping fuels.

And nearly 40 countries – including three in South America – have signed up to the Tony de Brum Declaration, which calls for urgent action to curb shipping’s carbon footprint.

“There is simply no excuse for countries to stand in the way of an ambitious outcome from the IMO in April. Those of us that are truly committed to climate won’t accept anything less” – David Paul, environment minister of the Marshall Islands

Do consultants have too much power at UN climate talks? Fiji’s chief negotiator Nazhat Shameem Khan was trying to contain their influence on the countries’ climate presidency before she was abruptly replaced last week.

Our inside story caused a splash in the Pacific, where campaigners had struggled to get Fiji to champion “loss and damage” (support for victims of climate disaster) – and now had some explanation. Indian climate tweeters were also quick to criticise “backseat driving” by rich countries.

Responses from the developed world were more muted. One former Canadian negotiator took Suva’s side, arguing that the bigger problem was unelected diplomats – like Shameem Khan – ignoring their capital’s instructions.

Send me your tips and comments: [email protected]

Netherlands prime minister Mark Rutte has called for the EU to adopt a more ambitious emissions target for 2030, adding his voice to French and Swedish leaders.

That is the same PM whose previous administration was sued over the Netherlands’ own weak 2020 target, in a case that is still going through appeal. But the coalition he formed after last year’s election promised more action, including shutting down recently built coal plants.

Meanwhile one of the bloc’s biggest emitters, Germany, finally resolved a democratic limbo that had stretched for 162 days. The top official responsible for “Energiewende” quit in protest at the new coalition’s climate policies, branding them a “bitter disappointment”.

Can one billion people in informal settlements be protected from climate change? – David Satterthwaite, IIED

It lends weight to Bloomberg’s role – shared with California governor Jerry Brown – as the face of America’s “we are still in” coalition.

There were the unavoidable comparisons with fellow Big Apple billionaire president Donald Trump, whom Bloomberg maintained might change his mind on climate change.