Can one billion people in informal settlements be protected from climate change?

Comment: Those living in city slums unrecognised by law must not be forgotten as local governments try to adapt to a warmer world 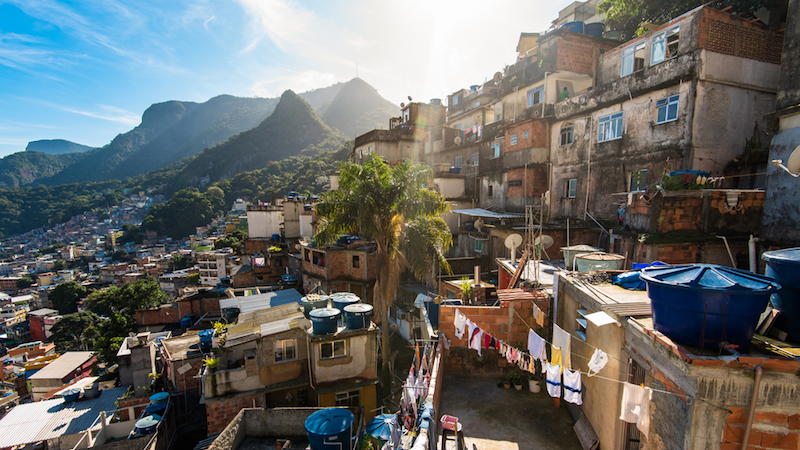 It is crucial the one billion people who live in informal settlements around the world are not forgotten as cities develop climate plans.

The Intergovernmental Panel on Climate Change (IPCC) is convening an international scientific conference in Canada this week to explore what needs to be done to strengthen cities’ ability to withstand and even flourish in the face of climate change.

Adapting to climate change is challenging for all cities, especially if global agreements fail to keep global temperature rise below 1.5C. But how is adaptation possible where city governments have no capacity?

Cities in wealthy countries with functioning governments already have what the IPCC terms ‘risk-reducing’ infrastructure and services such as reliable, safe water piped to homes, sanitation, paved roads and paths, storm and surface drains and connection to electricity grids. Almost all housing conforms to official standards, which protect inhabitants from extreme weather. And most people have the added benefit of insurance for their homes and possessions.

City governments that have taken climate change adaptation seriously, have moved from a political commitment to act, to developing new policies and technical responses. The needed move to greater resilience to climate change happens within the ‘formal’ world of policies, budgets, rules and regulations overseen by elected city governments.

One of the greatest challenges for climate change adaptation is how to build resilience for the billion urban dwellers who live in informal settlements. In cities in middle and low-income countries there is little technical and no investment capacity, and much of the population live in informal settlements that lack almost all risk-reducing infrastructure and services. For many cities, more than a third of their population live in such settlements – in some, it is more than half.

The people who live in informal settlements and work in the informal economy form a critical part of each city’s labour force and wealth. But they cannot find ‘formal’ housing that they can afford. So, they live in settlements that are outside the system of regulations. Most are on land that is illegally occupied; many are on such high-risk sites as steep slopes or watersheds where climate change will increase the dangers they face. Most do not receive the risk reducing infrastructure and services that should be provided to everyone who lives in cities – and which are so needed as the foundation for developing the systems fundamental to adapting to climate change.

For city governments, addressing these issues is complicated by the many ways in which informal settlements break laws and contravene regulations. Or they are hampered by limited technical capacity, lack of funding and political constraints. It is also complicated by the fact that in many countries, local governments ignore those living in informal settlements or evict them.

But by recognising the knowledge and skills available in informal settlements, particularly through working with community organisations, city governments can develop effective upgrading measures for these areas and help protect the people who live there.

In many Latin American cities and some in Asia this is already happening. Extending such key infrastructure to informal settlements as roads, water mains, sewers, storm drains and electricity is becoming an accepted part of what a city government does, as can be seen in the cities of Rosario in Argentina and Manizales, Colombia. In Thailand, the national government set up the Community Organizations Development Institute that supports these community-driven upgradings.

Community organisations have led many of these initiatives over the last 20 years. They include many by federations of slum or shack dwellers that are active in more than 30 countries, supported by Slum/Shack Dwellers International (SDI) and the Asian Coalition for Housing Rights (ACHR).

Although none of this action was initiated in response to climate change, its contribution to increasing informal settlements’ ability to cope with its impacts and adapt is acknowledged within the IPCC.

This international scientific conference is an important opportunity to help make sure all cities can meet the growing challenges that will be posed by climate change in the coming decades, including those living in informal settlements.

There is an obvious need to reconcile different urban agendas, especially poverty reduction, disaster risk reduction and preparedness and climate change adaptation. Although there are tensions between these and often competition for resources, they all share a focus identifying and acting on local risks and their root causes.

David Satterthwaite, is senior fellow in human settlements at the International Institute for Environment and Development (IIED). A background paper on which this blog is based is available here.