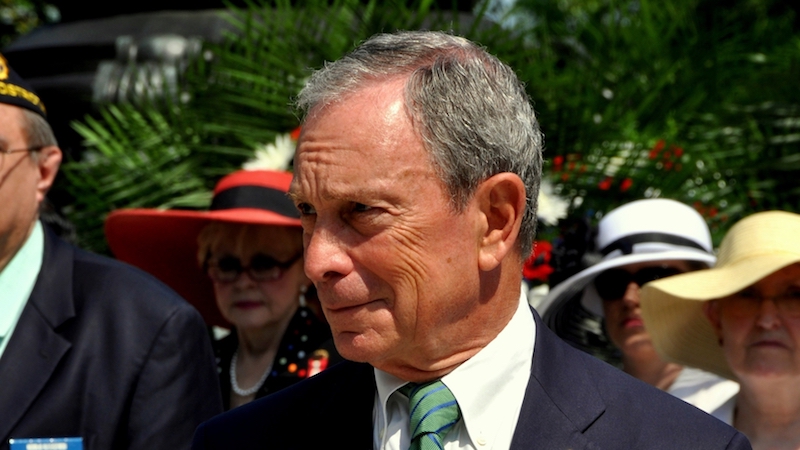 Immediately, parallels were drawn with another New York billionaire, Donald Trump, whose determination to wind back US action on climate change Bloomberg has strongly opposed.

On Monday, Bloomberg said he hoped Trump would change his mind.

“And if that’s the case, that shows a great leader who when facts change, and they recognise something different, they’re not bound to what they did before, they’re willing to change,” he said.

“And I think it’s fair to say this president does change his views – generally it’s one day to the next, but over a longer period of time.”

Bloomberg has given tens of millions of dollars to support state and city-based climate initiatives in the US since Trump announced he intended to withdraw the country from the Paris climate agreement last year.

Alongside Californian governor Jerry Brown, he has spearheaded attempts to neuter Trump’s impact by highlighting the devolved power of smaller governments and the business community to act despite White House revisionism.

Brown and Bloomberg have also entered the diplomatic space, prominently featuring at the last UN climate talks in Bonn.

As climate envoy, Bloomberg will help Guterres to prepare for his centrepiece climate initiative, a summit in 2019 to be held at UN headquarters in New York.

Of Bloomberg, he said: “You are of those that lead and have always led in the right direction and it is an enormous privilege for me to be able to work so closely with you.”