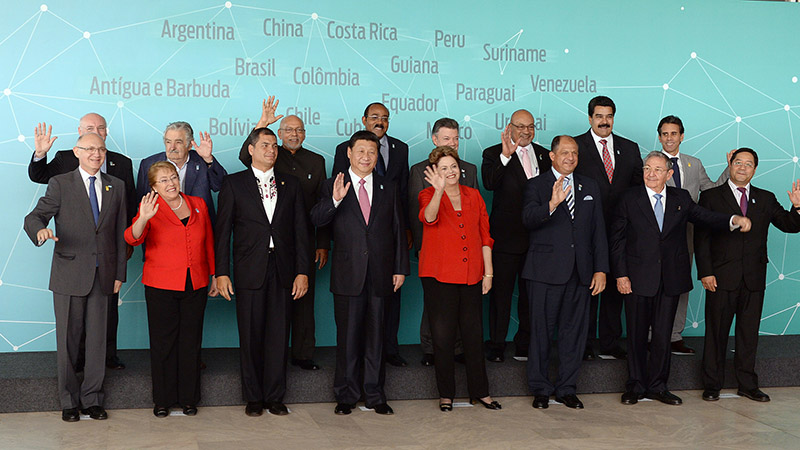 The Community of Latin American and Caribbean States (CELAC) held a summit with China in 2014 (Credit: Wikimedia Commons)

Latin America could call for top polluters to be held to account for the wrath of a warming planet on its citizens, in a major political intervention weeks before a crunch summit.

That is according to a senior official shaping Ecuador’s rotating presidency of the 33-strong Community of Latin American and Caribbean States (CELAC).

Foreign and environment ministers are set to sign a declaration in capital Quito during a 6-7 November meeting, Daniel Ortega Pacheco told RTCC. They will brandish the document in Paris the following month, when leaders meet to agree a global climate deal.

“The two main reasons we are facilitating the agreement amongst ministers of foreign affairs and environment are around the idea of climate justice and international responsibility,” said the deputy coordinator of the fledgling bloc.

While not officially a negotiating bloc, its pronouncements can project the region’s common positions onto an expected global warming pact.

Ortega said the region will likely call for a legally binding deal, increased funds for adaptation to extreme weather and access to clean technology.

“We are sending signals to the world that we can overcome different views. What we are trying to do is of critical importance to a Paris agreement,” added the official, who will negotiate for his country in Paris.

But Costa Rica’s former lead envoy described Ecuador as devising a declaration of the “past century” which reinforced a divide between the Global North and South that others had started to leave behind.

“What counts are countries’ own climate plans and what they commit on the ground in their capitals. Declarations are not the defining elements when it comes to reading the region,” said Monica Araya, now director of think tank Nivela.

Latin America is vulnerable to increasingly severe hurricanes, protracted droughts and melting glaciers as a result of climate change. 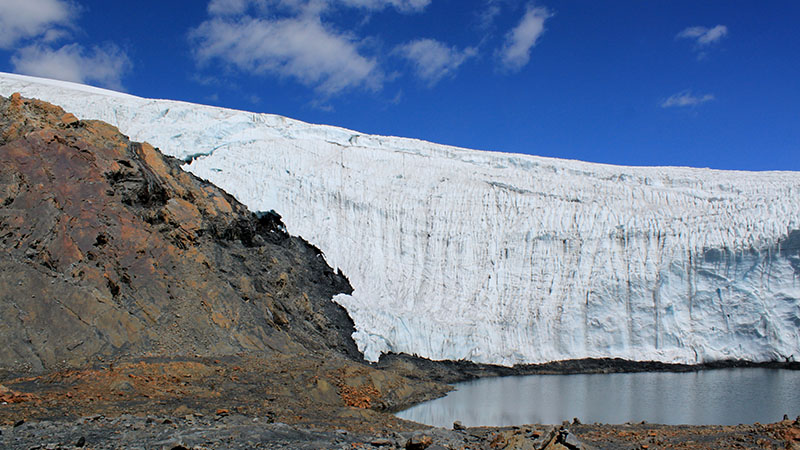 Peru is at the forefront of Latin America’s exposure to climate change. 40% of the surface area of the country’s glaciers have disappeared since 1970 (Flickr/ Jonathan Hood)

But its presence at talks has been marked by a lack of coordination and firepower.

Bolivia, Cuba, Ecuador and Venezuela fashion their left-leaning stances through ALBA (Bolivarian Alliance for the Americas), which demands the rich world do the heavy lifting in cutting emissions.

Market-liberal Chile, Colombia and Peru make up half of AILAC (Independent Alliance of Latin America and the Caribbean), taking a more progressive line on volunteering CO2 reductions.

Mexico hangs with Switzerland and South Korea in the environmental integrity group. Caribbean islands and Central American states align other groups – as well as the developing world catch-all G77+China.

“There are of course structural restrictions on who countries deal with due to entrenched interests,” said Gilberto Arias, a diplomat who has represented Panama and the Dominican Republic at the UN talks.

“That’s why it’s difficult to lump up them all together.”

“Once you get past big official statements on the importance of adaptation and get down into the details, many don’t agree. That’s why CELAC won’t become a negotiating bloc, but rather maintain itself as a bloc of political actors,” he said.

Despite consensus on the urgency for adaptation cash – for measures like coastal defences and drought-resistant crops – differences were irreconcilable, Edwards said.

The bloc has held meetings with the EU and China this year, and is scheduled to meet with India and Russia. It will not be meeting the United States, given a rift between it and ALBA members.

Diplomats from Brazil and Chile have travelled the continent in concert to find common ground through informal gatherings.

CELAC has a “quartet” of officials who guide strategy, Ortega said, but all 33 ministers must ink the agreement.

Costa Rica issued the bloc’s first declaration under its presidency at the 2014 annual round of climate talks prioritising adaptation.

An Ecuadorian-led declaration could be more radical, with Ortega hoping to rally countries as a “united force” in demanding climate justice.

“Our sense of solidarity should be around our vulnerability, adaptation and resilience, not a race to the bottom or around the argument that we shouldn’t demand more from everyone,” added Nivela’s Araya.

“I don’t think the question in a 21st century regime should what foreign ministers want, but investors in renewable energy, mayors, experts on climate and water, and citizens.”

Economically, the region is in a funk.

The IMF sees growth in 2015 weakening for a fifth straight year to below 1%, as China’s economic slowdown and a slumped oil price come to bear on commodity-dependent exporter economies.

Latin America and the Caribbean’s 600 million population is only responsible for about 10% of the world’s greenhouse gas emissions, after all.

Yet countries that used to be on the margins of UN talks have come to be more central, Arias added. “I do think Latin America will be in that group, which was not the case in Copenhagen in 2009.”

So far, Mexico, Colombia and the Dominican Republic have contributed pledges to a UN deal to be signed in Paris. Brazil, Peru and Chile are expected after holding citizen consultations.

But for Ortega, Celac is unequivocal that the region must not bear the largest burden. He insisted this request would prevail in its declaration.

“There is no disagreement within our members. 70 million in the region are living in extreme poverty, on just one dollar a day. This is our moral imperative.”