Santiago government says it will take time on UN climate pledge, collating views of population before submission in June 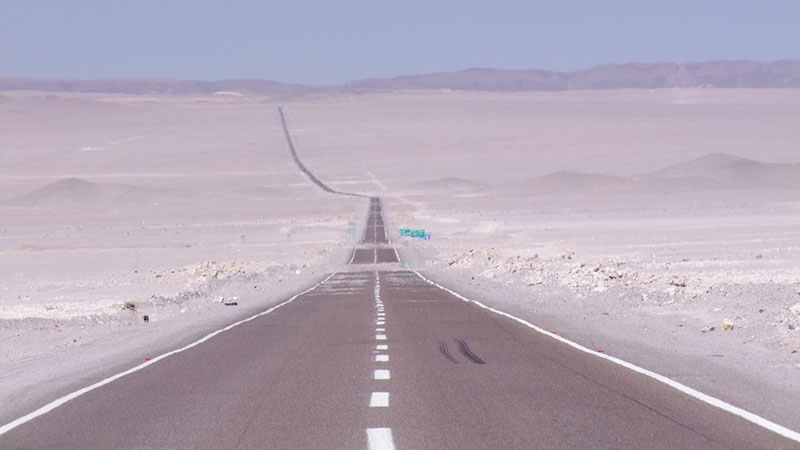 Nationally determined carbon cuts will form the foundation of a UN climate change pact, due to be finalised in Paris this December.

Nearly 200 countries have been asked to submit their plans to slow the rise of greenhouse gas emissions. So far 34 have done so.

For most observers and campaigners the value of these pledges – known as INDCs to UN officials – will be their combined role in stopping global warming.

At one level that’s huge. But for some countries the process offers the government a rare opportunity to understand how climate change will affect them, and if their citizens care.

Nowhere more is this evident than Chile, which is preparing to deliver its contribution to the UN in June.

Over the past four months officials have traveled across the country, holding workshops with local and indigenous communities, and planning what they see as a national development blueprint.

Consultations started in Puntas Arenas at the country’s southern tip, moving north through the coastal city of Concepcion, the capital Santiago and the northern mining heartlands around Antafogasta.

Andres Pirrazoli, Chile’s climate negotiator at the UN and one of the officials running the INDC development, says these meetings were vital to understand what people want from a Paris pact.

“The workshops were used to receive comments on the contribution that we are presenting on the new climate deal, and to get them to understand why we are actually engaging in this deal and what is in it for them,” he tells RTCC in an interview.

Climate change is a hot topic in Chile at the moment. Over the past month torrential rains have hit the north, usually an arid region, leaving 25 dead, 100 missing and affecting 8,235 households.

In the south, drought has hit the wine industry and led to a surge in wildfires.

One environmental campaigner described the last couple of months as a “catastrophe”. Some estimate repairs and compensation will come to US $1.5 billion.

As a result, the levels of engagement with the government outreach has been high, says Pirrazoli.

“It has been timely. They have become more and more relevant… we have seen very acute and disturbing extreme weather events.”

Those that could not make meetings have been able to send in their views online, offering opportunities for all citizens to own their INDC and make it more robust, says Pirrazoli.

“We like to think we are generating momentum for at transparency and engagement with stakeholders,” he adds.

“Opaque decisions and unexplained priorities are unlikely to receive public support,” she wrote in a recent article on the project-syndicate website.

“For that reason alone, it is crucial that governments make their citizens’ concerns the top priority.”

One of Latin America’s most stable and prosperous countries, Chile demonstrated its commitment to a Paris deal by publishing a draft INDC last December.

At 12 pages it is significantly longer than anything submitted to the UN so far, focusing not just on carbon cuts but the clean technologies Chile needs and how it plans to adapt to extreme weather events.

“This is not only about mitigation,” Pirrazoli says. “We have a responsibility to give assurance to our people and everyone who has been impacted that we are dealing with this and the causes.”

It’s a charge Pirrazoli rejects, claiming the goals are “ambitious” and “comprehensive”.

But he admits that collectively countries are way off making cuts sufficient to avoid warming of beyond 2C, a level governments deem dangerous and pledged to avoid in 2010.

As more INDCs land on the UN’s doormat its team in Bonn will start to work out whether the emission cuts will be sufficient, with an announcement due on 1 November.

Its conclusions will set the scene for a UN climate deal. If countries are way off mark it’s likely to herald a bitter two weeks of intense negotiations in the French capital.

But for the final deal to retain credibility, Pirrazoli argues it needs the support and understanding from national electorates – not just governments.

In his eyes an INDC is for life – not just for a Christmas meeting in Paris. If members of parliament around the world fail to ratify the deal ahead of its scheduled start date of 2020, then whatever is agreed could be worthless.

It’s for that reason he thinks Chile’s grassroots consultation process, which officially finishes today, 15 April, will ensure his government at least arrives in France at the end of the year with a full mandate from the country.

“Governments can come up with what they think is ambitions, present it to the secretariat and even sign the protocol in Paris… but we know we have a ratification phase that is key,” he says.

“We need these contributions to be legally binding and the only way they will is if they are anchored in an agreement and this needs to be signed and ratified.

“It’s a complex procedure and path – a combination of good data, modelling and science, but you have to be quite skilled politically to build a consensus.”