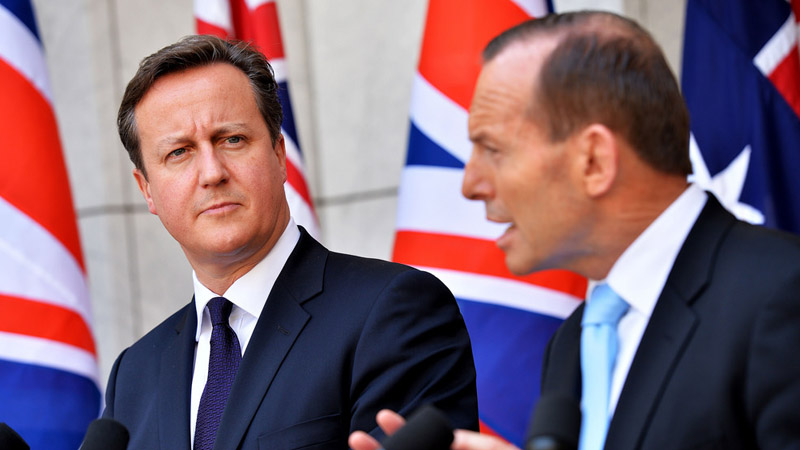 Just some of the words used by former UK environment minister Richard Benyon to describe Australia’s attitude to global warming.

“Seen from the other side of the world, the stance of Tony Abbott’s government on climate change is incomprehensible,” he said.

“For a country visibly and increasingly exposed to impacts of climate change, Abbott’s decision to increase climate risks by becoming the first leader in the world to abolish a carbon price mystified many.”

Abbott’s bet on coal and mining to sustain Australia’s economy looks an “increasingly risky bet” said Benyon, but it was the prime minister’s views on climate science that drew most criticism.

“Most of all, Abbott’s dismissal of climate science and his belief that Australia must choose between economic growth and tackling climate change speak to a distorted vision of what it means to be a conservative,” he said.

“To run against the prevailing wind is to risk alienation, and those who like Abbott persist in regarding climate change as a left-wing conspiracy based on speculative science are in a rapidly dwindling minority.”

The attack by Benyon – a strong supporter of UK prime minister David Cameron – is a sign of the increasing frustration many feel with Canberra’s stance on climate change.

Cameron and US president Barack Obama lobbied Abbott on the sidelines of the 2014 G20 in Brisbane to take a more progressive stance on slashing greenhouse gas emissions.

Downing Street laughed off attempts by Abbott to encourage it to support an anti-climate policy alliance last year, a minister commenting that the two countries had a “slight difference of view here”.

Since then, Abbott has intensified his rhetoric against clean energy, branding wind farms a health risk and cutting renewable targets.

Canberra is set to release its emissions cutting contribution to a proposed UN climate deal in the coming weeks.

Early indications suggest it will be more ambitious than the current one, which is a 5% cut on 2000 levels by 2020, but far less than independent experts say it should target.