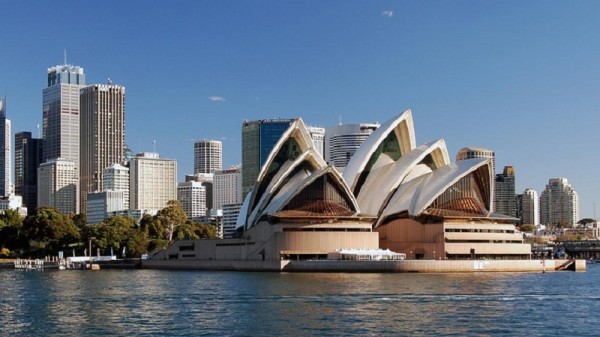 Australia should cut greenhouse gas emissions 30% from 2000 levels by 2025, the government’s Climate Change Authority has recommended.

These goals “broadly match” the US and EU targets and are in line with the global goal to limit warming to 2C, the experts said.

It remains to be seen whether the government, headed by climate sceptic Tony Abbott, will accept the advice.

The scientists and economists at the Authority were all appointed before Abbott came to power in 2013 and started dismantling climate rules and institutions.

Environment minister Greg Hunt poured cold water on the targets when they were first proposed in the CCA’s April draft report, describing them as “onerous”.

Talking to the Guardian on Thursday, Hunt declined to prejudge a cabinet discussion of the proposals. He promised only that Australia’s contribution to a global climate deal would be more ambitious than the existing target of a 5% cut by 2020.

Countries representing more than half of global emissions have submitted climate action plans to the UN. These will form the basis of a global deal to be struck in Paris this December.

Taken against a 2005 baseline, as used by the US, the CCA’s proposed 2025 target for Australia would amount to a 36% emissions cut. That is deeper than the targets for Norway, Japan, EU, Canada and the US.

But the country started with significantly higher emissions per person than other major developed economies. In 2025, only Canadians will have higher carbon footprints.

Change in emissions per person from 2005 to 2025 (Source: Climate Change Authority)

A similar pattern applies to the emissions for each unit of GDP, adjusted for purchasing power. Under the proposed target, Australia will slash this figure by two thirds and still have a less carbon efficient economy than all but Canada.

“Canada’s national target is a good deal weaker than that which the Authority is recommending for Australia,” the report said.

The Authority rebuffed concerns the target would impose an undue burden on heavy industry. It is “challenging” but not unrealistic, it argued – and necessary to catch up with other developed countries.

Emissions intensity of GDP in 2005 and 2025 (Source: Climate Change Authority)

A government “issues paper” in March emphasised the importance of coal to the national economy. It based the discussion on a scenario leading to 3.6C of warming.

In contrast, the Climate Change Authority affirmed the importance of the 2C threshold.

“Warming beyond that threshold is likely to have increasingly severe social, economic and environmental impacts,” it noted, “not least in a dry continent like Australia.”

It highlighted growing concerns about the risks of dangerous climate change and expectations for effective policies to come out of this December’s summit in Paris.

On the international stage, the G7 – of which Australia is a member – recently called for total decarbonisation of the global economy this century.

Domestically, organisations from the Aluminium Council to the Council of Trade Unions have joined the Australian Climate Roundtable, which backs deep carbon cuts.

The Green Party urged Abbott’s government to listen to the experts and submit a science-based target to the UN.

The existing 5% target for 2020 is “pitiful,” said Green senator Larissa Waters. “Our post-2020 targets must be significantly higher if we are to stand a chance at averting dangerous global warming, or taking advantage of the huge opportunities in transitioning to a low-pollution economy.”

The proposed target is in line with a two thirds chance of avoiding 2C temperature rise. The Climate Institute favours a trajectory that boosts the odds to 75%.

John Connor, head of the Climate Institute, welcomed the report’s focus on carbon competitiveness. But he added the target “would still leave the emissions intensity of Australia’s economy behind the US and others”.