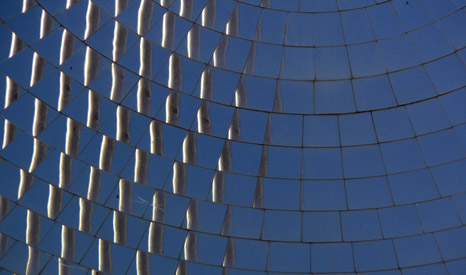 Work on a 100 megawatt solar plant in the Australian state of Victoria has been suspended due to growing unease in the industry over the government’s plans for renewable energy.

According to Bloomberg, AUS$ 75 million of funding from the Australian Renewable Energy Agency (ARENA) was “terminated”, leading the company, Solar Systems, to pull out.

Clean energy supporters say this could be the start of a trend under the Tony Abbott administration, which is reportedly considering axing support for the country’s renewable energy target.

The Financial Review newspaper claims the goal of producing 20% of energy from clean sources by 2020 could be scrapped by the end of August, despite threatening AUS$ 11bn in planned investments.

A review of the Renewable Energy Target (RET) was recently carried out by Dick Warburton, a former board member of the Reserve Bank, who said he was “sceptical of some aspects of global warming”.

Warburton handed his work to the prime minister’s office over the weekend, claimed Green party senator Christine Milne, who is now leading calls for its contents to be released.

“There is no reason to withhold the details of the discredited review other than anti-renewable energy politics. It’s time this pre-determined junk was binned,” she said.

“The Abbott government has done everything possible to set up the demise of the Renewable Energy Target because their mates in the big end of town, in the coal industry in particular, can’t cope with the competition from renewable energy.”

Finance minister Mathias Cormann told ABC Radio he was “committed” to the target, and said decisions would be made based on the review in an “orderly and methodical fashion”.

He said wind and solar cutbacks would lead to a rise in energy prices, and would also dent business confidence in the Liberal government, given its previous strong support for the target.

“How does this fit with the PM’s often stated position that ‘Australia is open for business’?” George added.

According to Infigen Energy, the Australian renewables sector employs 20,000 people, and has invested around AUS$ 20bn since the RET was introduced in 2000.

Data from the Australian Energy Market Operator suggest the RET adds 3% to an average household’s bill, with generating (19%) and infrastructure (52%) accounting for the bulk of costs.

Australia has the highest solar radiation per square metre of any continent, and “some of the best solar energy resource in the world”, according to Geoscience Australia, a government body.

Despite the potentially grim news for solar and wind investors, any changes to legislation are unlikely to be swift, and will need the support of mining millionaire Clive Palmer, who holds a key bloc of seats in the Senate.

Palmer recently indicated he wanted the RET to remain “unchanged” until 2016.

“There are so many broken promises in the budget. You can’t have a government that goes around breaking promises,” he told the Guardian Australia.

The news is the latest sign the Abbott government remains committed to dismantling the country’s climate change laws.

“Having put all our eggs in one basket and having made science a religion, it bravely persists with its global warming narrative, ignoring at its peril and ours, the clear warnings being given by mother nature,” he wrote in the Australian newspaper.

“If the world does indeed move into a cooling period, its citizens are ill-prepared.”

The remarks were condemned by a number of climate scientists as “fanciful” and “not credible”, while the independent advisory Climate Council invited Newman to a special science briefing.

“Your recent opinions published in the media are contrary to the findings of every major scientific and meteorological body on the planet, and ignore the reality that the Earth is getting hotter,” it said.

“The Australian public simply cannot have confidence in your role if you display such little regard for scientific fact.”

Separately, Clive Palmer has announced he will host a climate change meeting on November 17, the day after the G20 concludes in Brisbane, and two weeks before the UN’s major climate summit of 2014.

“It will be held the day after the last day of the G20 in Brisbane and it will be keeping attention on the need to have a global emissions trading scheme,” Palmer told the Guardian.

“Over the coming weeks and months we’ll be making announcements of the world leaders who will be coming to attend this conference just after the G20. That’s an exciting thing for the Sunshine Coast.”

Australia has refused to place climate on the agenda of this year’s G20, which it hosts, despite pressure from US officials to allow countries to discuss possible responses.