Physical and mental health are at risk from climate change, warns professor in plea to Australian government 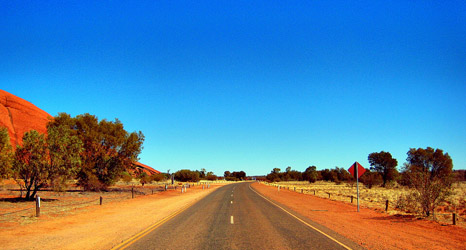 The repeal has provoked both national and international dismay. Many foreign governments and major agencies, concerned about where human actions are taking this planet’s future, have been openly critical.

Against this background it is not surprising Australia, as host for the November G20 meeting, has kept discussion of man-made climate change off what is primarily a growth-trade-and-prosperity agenda. The irony is that climate change, unabated, will do growing damage to national economies in the near and continuing future.

It will also do increasing damage to human health, longevity and physical safety around the world. At first, this will mainly hit poorer and disadvantaged populations, but in future, everyone will feel the effects. Australia is almost certainly experiencing the turbo-charging of floods, cyclones (on the Queensland coast), bushfires and heatwaves by a warmer, more energetic, global climate system.

The confluence of a blinkered G20 agenda with growing awareness among Australia’s health researchers and practitioners that climate change jeopardises health and social wellbeing, lay behind our recent decision to publish an open letter to prime minister Abbott.

As lead signatory of the letter my motivation was two-fold. First, this was a timely opportunity to spread awareness of the fact climate change poses risks to much more than the economic status quo. It does not just affect carbon-polluting industries, farm exports, physical infrastructure, property and ski-fields. Both physical and mental health are at risk.

Second, my own long-running research in this area and participation in the IPCC process has been sustained by the belief that public awareness of the full spectrum of risks – especially risks to our own health and physical safety – will foster greater willingness to act. I hope that turns out to be so.

Meanwhile, the ongoing churn of adversarial ‘discourse’ shows some deeper connections to the recurring rhythms of both nature and human history. Two things come immediately to mind. One spans several million years; the other, more directly relevant to the ‘toxic tax’ dispute, spans a half-century.

From around 2.5 million years ago, as Earth’s post-dinosaur cooling continued, occurred over a million years of hectic climatic swings. These were caused by cyclical changes in the planet’s axial tilt and its orbital shape. The resulting survival pressures on our Homo predecessors to find food, shelter, warmth and safety, influenced the evolution of human bodies, brains and behaviours.

Now the tables are turned. Humans are influencing the shaping and behaviour of the world’s climate. The shaper has become the shaped. Our capacity to do this is, ironically, a product of the complex, flexible and creative brain imbued by those long-past climate changes.

The second, more recent, example is directly relevant to Australia’s selfish current policy – a policy that underscores how a society’s culture and its power-brokers resist the ideas and intrusion of science if they threaten vested interests and ideologies. For the moment Australian society is shackled by an overt government-led disdain for the role of science.

Now step back a half-century. In 1962 American biologist Rachel Carson published Silent Spring, a book on the harm caused by long-lasting industrial and agricultural organic chemicals such as DDT. These chemicals were diffusing through the environment, climbing ‘up’ the food chains and poisoning species, she warned. Humans, who dine at nature’s high table, were also at risk of ingesting toxic chemicals. The vitality of many ecosystems was threatened.

The reaction from leaders of US industry, the military and government was hostile. Carson was vilified; ecology was damned as a ‘subversive science’; the evidence was deemed flawed, ideologically motivated and a threat to the economy, military technologies and corporate profits.

Fast-forward to contemporary Australia and you find a similar chorus of criticism, rejection and Murdoch media mockery. Human-driven climate change and the stop-the-emissions advocacy is portrayed as a threat to the economy, profitability and our dig-it-up resource-dependent prosperity. Any climate action taken, says prime minister Abbott, “must not clobber the economy”.

Interviewed recently on ABC Television Lateline, Lord Deben, a previous Tory environment minister and chair of the UK Committee on Climate Change, described our national stance succinctly. Australia, he said, “is actually going backwards.” He noted that we now have “miserable targets” and that there is widespread judgement that the government’s opaque program of direct action cannot deliver.

The good Lord further remarked that Tony Abbott had told him that abating climate change was not really very important, and hence was not a priority. Our recent open letter argued exactly the opposite.

Tony McMichael is professor emeritus of population health at the Australian National University, Canberra. He has had long experience in national and international assessments of climate change risks to human health.