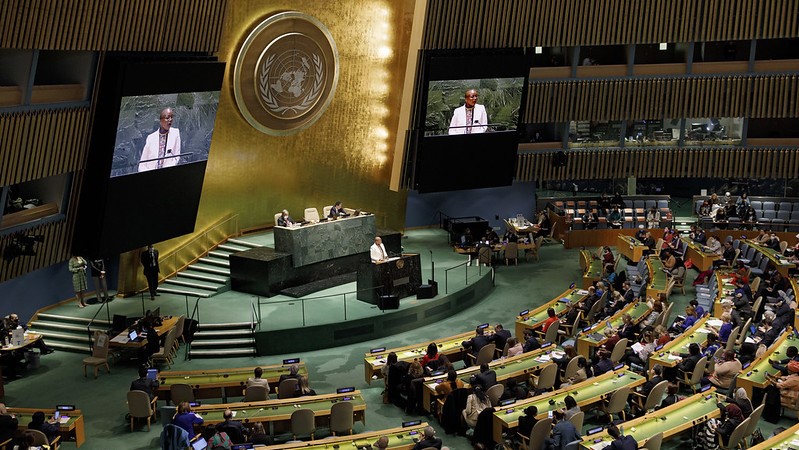 More than 150 world leaders are due to gather in New York next week for the UN general assembly.

The annual event is taking place on a backdrop of growing uncertainty, divisions and an erosion of momentum for climate action.

On the heels of a pandemic, global inflation is increasing the debt burden on vulnerable developing countries, leaving no fiscal space to invest in resilience.

After a summer of extraordinary heat, Pakistan is reeling from one of the worst climate disasters ever. Unprecedented monsoon flooding has left the country with an estimated $30 billion recovery bill, spotlighting the inadequacy of humanitarian aid.

China, India and Russia are too preoccupied with domestic concerns to send their presidents, based on a draft schedule dated 2 September and seen by Climate Home News. Nor is Australia’s new prime minister expected to attend.

But for those who show up, energy and climate concerns are shaping the agenda. As world leaders take to the UN podium from Tuesday, here are five things to watch.

The scale of the damage in Pakistan has led to full-throated cries from developing countries on the need for finance to help climate victims recover.

Wealthy nations have for years opposed opening a new channel of funding to pay for the losses and damages caused by climate-related disasters.

The tragedy in Pakistan could be a turning point in that conversation. Pakistan’s prime minister Shehbaz Sharif is set to put the issue at the top of the political agenda.

Sharif has been invited to share the scale of his country’s finance needs at a leaders’ roundtable on climate action convened by UN chief António Guterres on Wednesday.

Pakistan, a strategic ally for rich nations in the region, also chairs a group of 134 developing countries, known as the G77, which is calling for a funding facility for loss and damage.

Small island states are organising intergovernmental meetings on the sideline of UNGA to drum up support for a fund. Expect some pointed speeches from leaders during the debate.

Rachel Kyte, dean of the Fletcher School at Tufts University, said the events in Pakistan “will open up a new political space” on loss and damage. The question is whether rich countries are ready to shift their positions.

“Maybe this tragedy is the one that could do it,” she said. 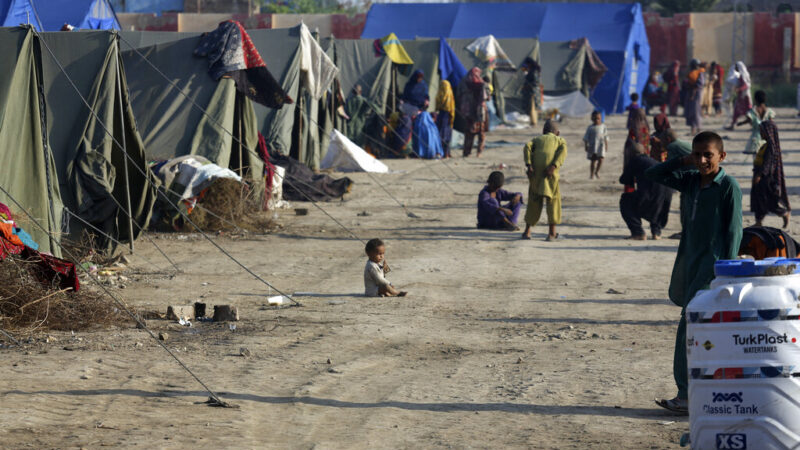 Plugging the shortfall of funding for vulnerable nations to cope with climate impacts and build resilient economies requires more than a quick fix.

“This has to be the UNGA where we point to the fact that there needs to be systemic change in the way that we find resources for resilience and adaptation, for loss and damage and crisis responses,” said Kyte.

That means linking climate finance with debt relief and forgiveness and other forms of economic support, such as IMF special drawing rights (SDRs).

Barbados’ prime minister Mia Mottley has led the way in proposing a new financial settlement for the climate frontlines. She argues that vulnerable countries cannot repay mounting debt as they face growing costs of recovering from climate disasters.

Her speech, scheduled for Thursday afternoon, is one to watch. 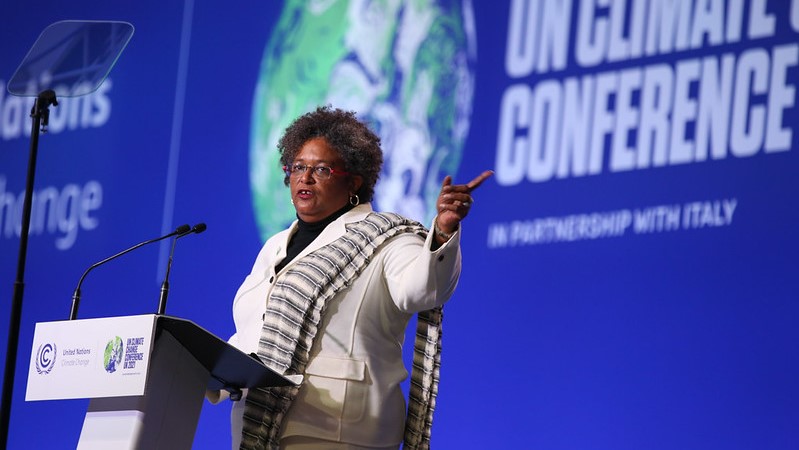 In response to soaring energy bills, governments are conveniently forgetting pledges to end fossil fuel subsidies. Some have embraced a windfall tax on oil and gas profits. Others are effectively subsidising the sector through bill relief for consumers and backing gas developments to increase supplies.

“But the fossil fuel industry is taking advantage of the situation,” he said, citing a dash for gas in Africa and Australia. And high energy prices are leading to a rollback of energy access in developing countries.

Going into Cop27, UNGA could signal that for some developing countries the energy transition is “a prospect for development,” said Laurence Tubiana, CEO of the European Climate Foundation.

In coal-dependent developing economies, just energy transition partnerships, modelled on the deal with South Africa agreed at Cop26, are one way of financing the shift to clean. This new funding model could get a lot of air time. So far, donor nations have focused on five countries.

The UK has been leading negotiations with South Africa and Vietnam, together with the EU. The US and Japan have taken the lead in Indonesia. The US is working with Germany on a similar deal in India, and Germany and France are driving talks with Senegal.

Countries’ climate plans don’t put the world on track to limit global heating to 1.5C by the end of the century.

To close the gap, governments agreed at Cop26 in Glasgow to “revisit and strengthen” their 2030 climate plans by the end of this year.

Despite positive policy developments in the US and the EU, “we are not seeing the international push that we need… Not at the G7 level. Not from the G20, and it’s really these major emitters that need to come to the table,” said Hare of Climate Analytics.

With a deadline of 23 September for plans to be included in a UN Climate Change progress report, UNGA is a moment for nations to showcase how they will increase action.

But the leaders of Indonesia, Mexico and Vietnam, which promised to step up their plans, are showing little sign they will travel to New York.

This “lack of momentum” only increases pressure on Cop27 to make greater strides, said Hare. 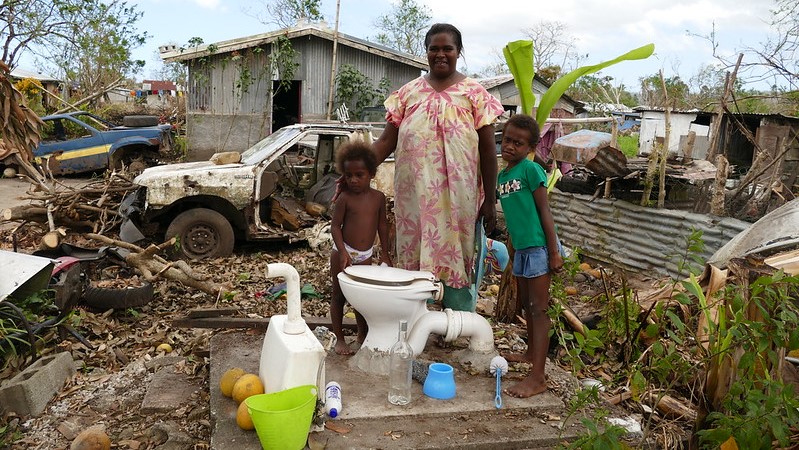 A family stands next to what used to be their outdoor toilet after the passage of Cyclone Pam in Vanuatu’s capital, Port Vila (Photo: Silke von Brockhausen/UNDP/Flickr)

Vanuatu is gathering support for the International Court of Justice (ICJ) to provide an advisory opinion on countries’ legal obligations to protect people from climate harm.

Under the proposal, the ICJ would be tasked with interpreting what international human rights and environmental laws mean for states’ responsibility to act on climate change.

Vanuatu is organising a high-level event on the sideline of the general debate as “a political moment to gather support from member states,” Kevin Chand, a legal advisor to Vanuatu’s permanent mission at the UN, told Climate Home.

Expect some countries to state their support for the initiative during the debate.

A resolution is expected to be introduced to the general assembly at the end of October, with a vote taking place after Cop27 in late 2022 or early 2023.