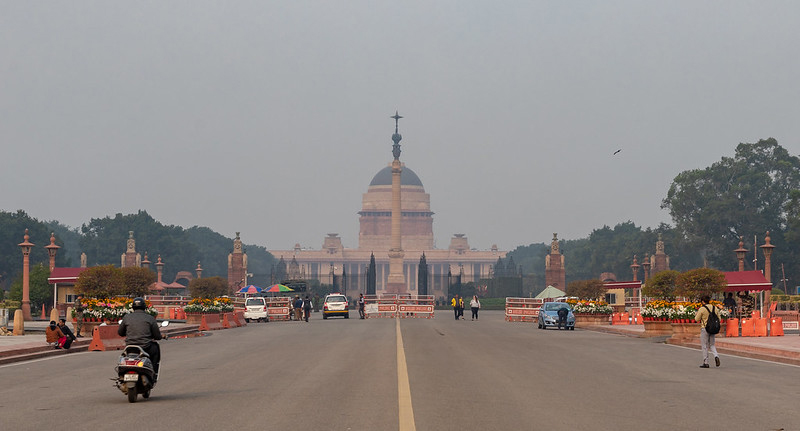 India’s cabinet has approved an updated national climate plan, cementing targets pledged by Narendra Modi in November, including a 2070 net zero goal and 45% reduction in emissions intensity by 2030.

It clarifies the target for clean energy, which caused some confusion among experts when Modi announced it at the Cop26 climate summit in Glasgow, UK. India is aiming for half of installed electricity generation capacity to come from non-fossil sources at the end of the decade, not half of energy use, which would have been harder to achieve.

Non-fossil capacity, which includes nuclear and large hydro dams as well as wind and solar, is around 40% today.

“It’s good that they corrected that error – it’s now a lot more real,” Swati D’Souza, India lead analyst and coordinator at the International Energy Agency (IEA), told Climate Home News. “The 45% [emissions intensity] reduction target is achievable for India. It also actually gives us a lot of leg room to go over it in future.”

The timing just months ahead of Cop27 in Egypt and during an energy crisis is significant, D’Souza added.

“India announced targets ahead of Cop27 despite the turmoil that is happening in global energy markets and with countries in Europe moving towards gas. We have stuck to our guns. That says something about the commitment of our government to decarbonise,” she said.

Navroz Dubash, professor at the Delhi-based Centre for Policy Research, described the 2030 goal as a “substantial pledge”.

“It is likely to be achievable based on current policies,” he said. “Nonetheless, this is not a trivial task and will require deep structural changes in the Indian economy to de-link carbon and GDP, beyond what India has achieved in past decades.”

Dubash said the government’s decision not to commit to a clean energy generation pledge was a “missed opportunity” to curb coal. That “would have been a game-changer, because it would have required active management of thermal versus renewable energy power,” he said.

India has a domestic target of achieving 450 GW of renewable energy capacity by 2030. Modi’s verbal pledge to increase that to 500GW did not make the final cut.

“Nothing analogous now remains in the international sphere,” said Dubash. “The new electricity pledge has the benefit of simplicity and clarity, but is not the benchmark for tracking Indian progress – the domestic pledge is.”

In a press statement, the government said the long-term climate goals are conditional on finance. “India will require its due share from such international financial resources and technological support,” the statement reads.

While the plan does not commit to sectoral emission reductions, the government highlighted policies that are expected to support the goal. These include a rollout of LED bulbs and a decarbonisation plan for Indian Railways.

Climate Action Tracker judged India’s previous goal as “highly insufficient” and in line with 4C warming, but gave the government credit for policies and actions that would outperform the target. Two thirds of its Covid stimulus package went towards a green recovery, undermined somewhat by continued support for coal development.

The updated plan is expected to be uploaded to the UN registry in the coming days.