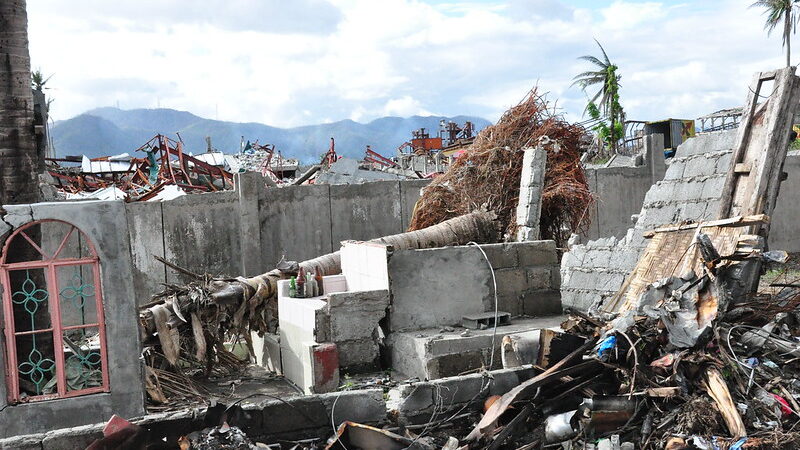 It is ten years since the first Hunger Games film came out. Nine since Typhoon Haiyan devastated the eastern Philippines, killing 6,000 people and making millions homeless.

In 2018, I heard Haiyan survivor and research nurse Marielle Bacason testify about her experience in a London university classroom. She likened the city of Tacloban she fled to the post-apocalyptic dystopia of blockbuster fiction.

The Commission on Human Rights of the Philippines was calling “carbon majors” – 47 of the biggest historic corporate polluters – to account for the human cost of their emissions.

Its report has finally landed. These big coal, oil and cement companies acted “immorally” at best in sowing climate disinformation and delaying action on emissions, it argued. They could be liable for reparations – particularly those expanding fossil fuel production.

“The era where the fossil fuel industry and its backers can get away with and profit from their toxic practices is coming to an end,” said Yeb Saño, head of Greenpeace Southeast Asia and a petitioner behind the inquiry.

Well, maybe. With oil selling for $100 a barrel, the industry hasn’t run out of road yet. Saudi Aramco overtook Apple as the world’s most valuable company this week, its stock having risen 27% so far in 2022.

Big Oil can outspend any number of environmental watchdogs and that’s not its only advantage. The chances of climate winning in court depend heavily on the jurisdiction.

While campaigners have notched up a couple of landmark victories in the Netherlands, say, in the Philippines itself analysts see little prospect of action.

And fossil fuel investors have recourse to secretive tribunals to challenge government climate policies that devalue their assets.

Whether or not investors sue for damages through these mechanisms, the latent threat has a chilling effect on policymakers.

Mozambique and Guyana are among the countries most exposed to litigation risk, their gas and oil discoveries too valuable to be left in the ground.

They are also home to communities vulnerable to intensifying storms, droughts and floods. Communities that see little of the resource wealth and much of its harmful consequences.

If international treaties stand for anything, it should be people, not fossil fuel profits.