After domestic airlines threatened to ground their planes, the government agreed to cover some of their rising fuel costs 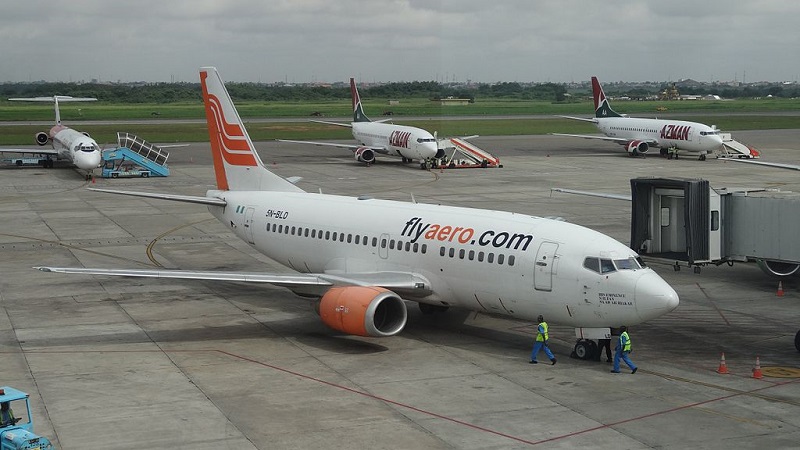 Nigerian airline owners have pressured the government into handing over fuel subsidies by threatening to ground their planes over high costs.

On Friday, the Airline Operators of Nigeria (AON) association wrote an open letter to the government. They warned that the cost of aviation fuel was rising and therefore they must “regrettably” discontinue operations indefinitely from Monday.

After air passengers scrambled to rebook flights before the shutdown, the AON announced on Monday that their strike was cancelled after the government agreed to talks.

The next day, the government agreed to subsidise aviation fuel, ensuring it costs no more than N480 ($1.15) a litre for three months. This is likely to cost Nigerian taxpayers between $1-3 million.

On social media, Nigerians accused the government of spending money on the elite who use air travel while neglecting road and rail transport.

“Another subsidy for the rich!” tweeted Ajiboye Ridwan, a physio from Ibadan. “They couldn’t come up with this sort of intervention for… the education sector”, said Samuel Ajao.

Another subsidy for the rich! https://t.co/RlX5XSCzCY

Appearing on Arise News, Allen Onyema, one of the airline owners behind the strike threat claimed air travel was “no longer elitist”. But a one-way flight from Lagos to Abuja costs around $227, nearly twice what the average Nigerian earns in a month.

Across the world and particularly in developing countries, most flying is done by a wealthy minority. In Nigeria in 2021, there were 13 million domestic passengers, many of them the same individuals counted more than once, in a nation of 206 million.

Most Nigerians rely on road and rail to get around the country, which is cleaner but less convenient. Roads are often unpaved and both roads and the rail can be dangerous. Last month, a train carrying 362 passengers was bombed and most of the passengers were killed or kidnapped.

On social media, critics expressed fears the subsidy would become permanent. “Another subsidy scam. Three months that will never end,” said one Twitter user. “Subsidy is addictive. It is like narcotics. When you start, it is difficult to stop,” tweeted another.

Subsidy is addictive. It is like narcotics. When you start, it is difficult to stop. https://t.co/puuXgZqvG6

After the pandemic hit airlines’ profits, the government provided N4bn ($9m) to 18 domestic airlines. Air Peace CEO Allen Onyema said the government has “helped the growth of aviation more than any other government I can think of”.

Onyema is wanted in the US over 36 charges related to an alleged $20 million bank fraud.

Nigeria spends around a quarter of its budget subsidising petrol, against the advice of the World Bank. These subsidies mean that, although it is Africa’s biggest oil producer, the recent rise in the global oil price has cost the government money.