Mexico’s oil gets even dirtier as flaring continues to soar

Since president Andrés Manuel Lopez-Obrador was elected in 2018, oil companies have burned more and more gas as a byproduct 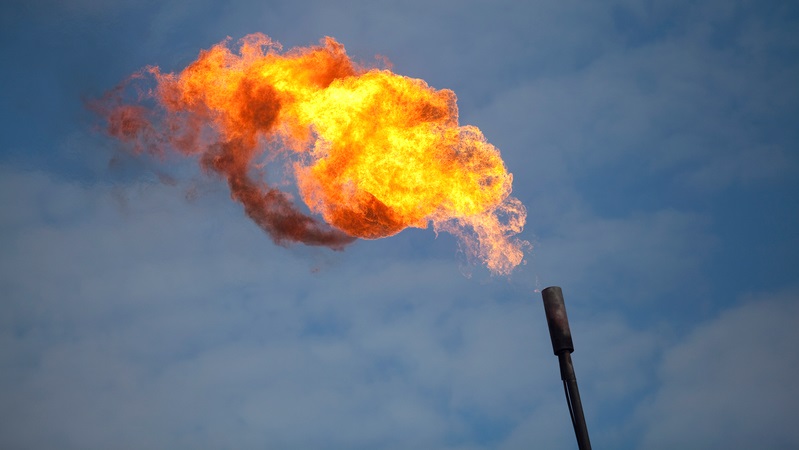 Flaring at an oil field in Russia (Photo: Daniel Muller/Greenpeace)

Mexico increased the amount of gas it burns as a byproduct of oil production for the fourth year in a row in 2021 despite its target to eliminate routine flaring by 2030.

Gas and oil are commonly found together and the gas can either be captured and sold, burned as waste (known as flaring) or allowed to leak (known as venting). All these options lead to greenhouse gas emissions. Oil producers flare and vent gas when they don’t think capturing and selling it would be profitable.

In 2015, then Mexican president Enrique Peña Nieto was one of 31 world leaders to promise to end routine flaring by 2030. Three years later, president Andrés Manuel López Obrador was elected on a promise to support Mexico’s state-owned oil industry and World Bank data shows flaring has shot up 67% from 3.9 billion cubic metres a year in 2018 to 6.5 billion cubic metres in 2021. 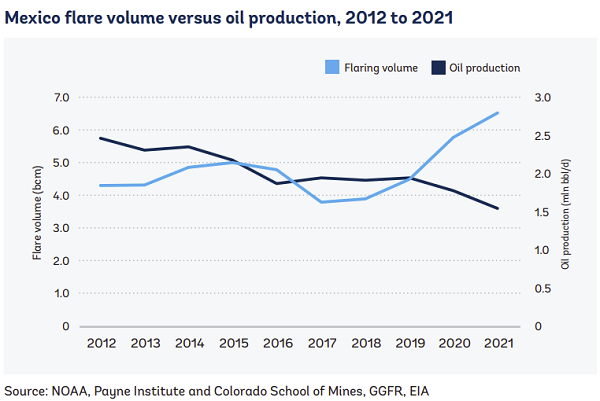 The World Bank described this as a “worrying increase”. In its annual gas flaring report, the bank said: “Mexico’s focus over the last few years has been on energy security, however the increase in gas flaring has occurred while Mexico has also steadily increased natural gas imports, highlighting the potential flare gas recovery could play in its energy independence.”

This increase in flaring took place “despite oil production declining” the World Bank said. Mark Davis, CEO of flaring analytics company Capterio, said the rise was “due to higher poorer operational performance with much higher ‘flaring intensity’ (flaring per barrel of production)”.

According to Capterio’s analysis, two oil fields stand out with dramatically higher flaring in 2021 – the Perdiz/Ixachi field in Veracruz and La Venta in neighbouring Tabasco. Both are on Mexico’s oil-producing Caribbean coast and are operated by state-owned Pemex. 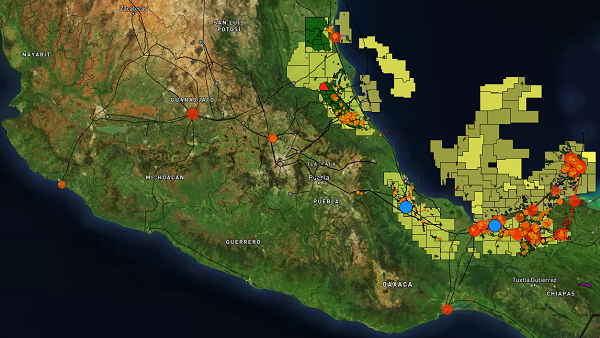 The reduction in flaring from 28 November, Davis said, appears to have coincided with bringing online a new plant which conditions the gas so it can be sold for power or cooking. There has been no such drop in flaring at La Venta. 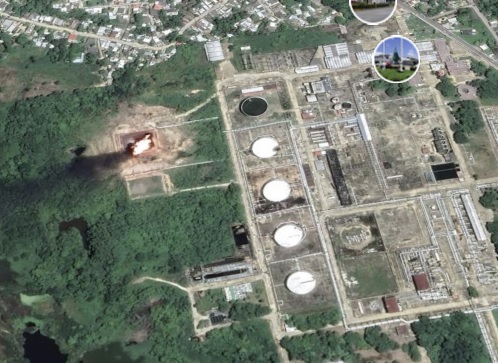 The La Venta flare is visible from Google Earth and just a few hundred metres from peoples’ homes.

Globally, flaring volumes have risen and fallen with levels of oil production over the last few years. Progress in reducing flaring in countries like Nigeria, Kazakhstan and the US has been cancelled out by setbacks in Russia, Iran and Venezuela.

If the world is to eliminate routine flaring by 2030, Capterio analysis suggests it needs to be reduced by 44% a year from 2022 onwards. Progress so far has been “woefully inadequate”, Capterio says.

The World Bank says there has been “mixed progress” and signatories like Russia, Iraq and Mexico have “tremendous opportunities for improvement” as their flare volumes and flare intensity has increased.

But some environmentalists criticised the World Bank’s “problematic” framing of capturing gas as a climate solution. Friends of the Earth’s Luisa Abbot Galvão told Climate Home: “The [bank] frames the issue as gas being ‘needlessly’ flared, but bringing gas to market and potentially expanding countries’ gas infrastructure still contributes to climate change.”

She added: “Yes we need to reduce this pollution, which is harming frontline communities first and foremost, but the [bank] should be helping countries do this in the context of supporting their equitable phase-out of oil and gas more broadly.”

Galvão criticicised the bank’s energy director Demetrios Papathanasiou for suggesting that oil and gas production can be “decarbonized”. She called this a “dangerous narrative”.

Pemex did not immediately respond to a request for comment.