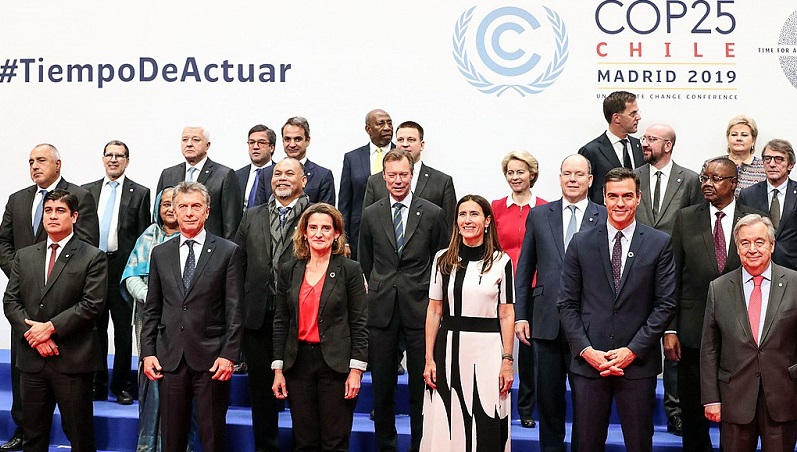 Brazilian environmentalists and opposition politicans have urged UN Climate Change to condemn the Brazilian government for sending spies to the 2019 climate talks in Madrid.

Over 160 non-governmental organisations and opposition federal deputies and senators said the Brazilian government had “violate[d] delegates’ security and safety within UN premises” and compromised their privacy, freedom of thought and speech and immunity. If tolerated, this could set “a grisly precedent”, they warned.

Last month, the Estadao newspaper revealed that Brazil’s intelligence agency Abin sent four agents to the talks disguised as “analysts”. One analyst told the newspaper they were there to monitor criticism of the Bolsonaro administration’s policy of removing environmental protections from the Amazon rainforest.

Three Brazilian sources who were at the talks told Climate Home that the spies had intimidated Brazil’s own delegates, so that they were too scared to be seen talking to civil society. The letter says these delegates included federal scientists and members of parliament.

The letter also accuses the government of spying on civil society observers and indigenous peoples’ representatives. Sources at the talks told Climate Home that spies had taken notes in civil society meetings, which were open to the public.

After the spying was revealed, Brazilian General Augusto Heleno who oversees Abin, claimed the spy agency had a legal right to monitor COP climate talks. He said Abin’s agents were there to tackle “sordid and lying international campaigns” supported by “bad Brazilians, with the objective of harming Brazil”.

Jair Bolsonaro and his government have repeatedly criticised, harassed and attempted to intimidate environmentalists and indigenous people. Before his election in 2018, Bolsonaro said he would “put an end to all activism in Brazil”.

Just before the Madrid talks in 2019, Brazilian police raided an NGO in the Amazon and arrested four volunteer firefighters, accusing them of starting fires – a charge there was no evidence for.

In September 2020, Heleno accused indigenous activist Sônia Guajajara of committing a “crime against our country” by accusing Bolsonaro of “environmental crimes” and encouraging a “worldwide boycott against Brazilian products”. Guajajara has urged the EU to boycott products like soya, beef and palm oil from areas where those products are driving deforestation.

Recently, Brazil’s environment minister Ricardo Salles has taken Climate Observatory director Marco Astrini to court in an attempt to force him to retract criticism of Salles. Astrini said Salles was proposing a “task force for environmental destruction” after Salles suggested the government should deregulate the Amazon while the media is distracted by the coronavirus crisis.

The Brazilian government has repeatedly tried to divert the blame for record-breaking fires in the Amazon rainforest and Pantanal wetlands away from its own policies and on to indigenous people and environmentalists. President Jair Bolsonaro has claimed that international criticism of its policies is driven by “shady interests” jealous of Brazil’s food exports.

Bolsonaro has downgraded the role of his Environment Ministry and sacked a space agency chief for providing data which showed that deforestation was increasing. He has been accused of sabotaging a fund designed to allow local authorities and companies to reduce emissions and adapt to the impacts of climate change.

The UK and US have previously sent spies to UN climate talks, to gather intelligence on other delegations. In 2014, the UN secretary general at the time Ban Ki-Moon said any breach of confidentiality should be investigated, adding: “All diplomatic information is inviolable”. However if such an investigation took place, the outcome was not publicised.

At the time of publication, UN Climate Change had not responded to a request for comment.