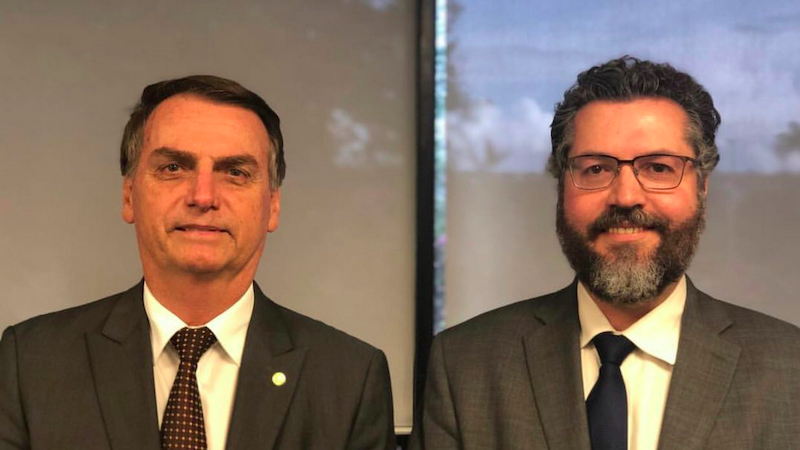 Brazil has demoted climate diplomacy as part of a foreign ministry shake-up, in Jair Bolsonaro’s first two weeks as president.

The word “climate” has been erased from the organisational chart. The role of deputy secretary for environmental matters has been axed and its portfolio subsumed by the secretariat for “national sovereignty and citizenship affairs”.

Staff previously responsible for UN climate negotiations are still there, a source told Climate Home News, but “climate change” is no longer part of the description of their department’s functions. Instead it refers to “protection of the atmosphere”.

The move reflects foreign minister Ernesto Araújo’s scepticism toward climate change science and the international response, which he has painted as a left-wing plot. A ministerial spokesperson did not respond to questions. In a note explaining the restructure, the ministry said it would achieve “greater administrative efficiency and resource savings”.

Araújo is set to accompany Bolsonaro to the World Economic Forum in Davos next week, in the first test of the administration’s approach to foreign affairs. In recent years, the summit of political and business leaders has flagged climate change as one of the biggest threats to global prosperity. UN chief Antonio Guterres is expected to attend and hammer home that message.

Uncertainty lingers over Brazil’s participation in climate efforts. During the election campaign, Bolsonaro threatened to pull out of the Paris Agreement, but softened his stance after an international outcry.

Environment minister Ricardo Salles on Tuesday told national media there was opposition to the Paris deal in government but “for now” Brazil would stay in.

“There are important points in the agreement that we want to value, such as those that can bring financial resources to the country,” he said after an event in Sao Paulo, as reported by Agência Brasil. But this should not prevent Brasilia from pursuing its economic agenda, Salles added, outlining plans to open up national parks to private industry.

Salles insisted in an interview with Bloomberg last week that on climate change, “Brazil is not a debtor. We’re creditors.”

That is only half true, according to Climate Observatory. The country did much to reduce greenhouse gas emissions from deforestation between 2005 and 2012, but since then rates of tree clearance have been creeping up.

“It’s not enough for countries to content themselves with looking in the rear-view mirror,” said environmentalist Claudio Angelo. “All countries have to improve their contributions.”

Brazil has taken millions of dollars of international support, mostly from Norway, to reduce deforestation. Payments through the Amazon Fund are based on results, though – and donors have expressed concern over backsliding.