Bolsonaro sent four secret agents to the Cop25 climate summit in Madrid, where campaigners said Brazilian negotiators were afraid to talk to them 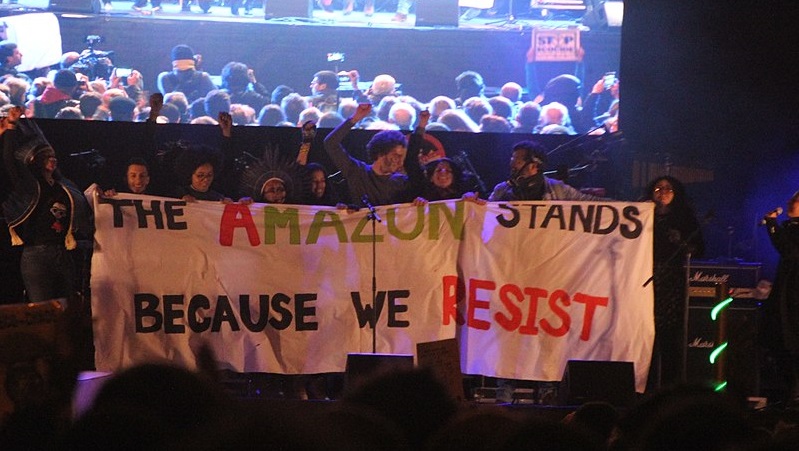 Brazil’s spy agency has been accused of trying to intimidate its own government’s negotiators and Brazilian environmentalists at the Cop25 climate talks in Madrid in 2019.

Brazilian newspaper Estadao revealed this week that four Brazilian secret agents were part of the country’s delegation, in a sign of president Jair Bolsonaro’s hostility to activists and the climate agenda.

Three sources confirmed to Climate Home they had seen evidence of spy presence at the summit, which made Brazilian negotiators unusually wary of talking to campaigners. The sources asked not to be named, for fear of reprisals against them or their employers.

The Brazilian Intelligence Agency (Abin) agents presented themselves as “analysts”. Speaking anonymously, one agent told Estadao that the team’s goal was to pick up criticism of Brazil’s Amazon policy. Bolsonaro has sought to open the rainforest up to mining and ranching, removing environmental protections. The agent claimed environmentalists had not been registered although he said that their campaigns were a “cause for concern”.

Before Bolsonaro’s election, Brazil was in line to host the 2019 summit. He pulled out, citing budgetary constraints.

One Brazilian environmentalist who was in Madrid told Climate Home they were approached by a man who asked “are you [correct first name]?”. The environmentalist agreed and the man said he was from the Institutional Security Office (GSI), a presidential body linked to Abin. The conversation then ended.

The environmentalist told Climate Home this was “strange but not surprising” as they were expecting the government to make it “a hostile environment” for NGOs.  There was a rumour that the Brazilian civil society pavilion was bugged so some discussions were held outside of it as a precaution.

The source said that people they suspected were GSI/Abin agents were taking it in turns to sit in meetings and take notes. They said this intelligence-gathering was so obvious it was “funny”.

According to two other campaigners, government delegates were scared to be seen speaking to them, which had not been the case at any previous talks. They believed this was the first time Abin or the GSI had attended climate talks.

One climate campaigner said they had approached one of the negotiators, who they had known for a long time. “He never looked at me while he walked,” they said. “And all of a sudden, near the sofas between pavilions, he jumps aside and hides behind a pillar. ‘I have already told you I can’t be seen with you, goddammit!’ That was their level of stress.”

The other campaigner said government delegates were only able to offer a “very discreet hello” and to talk in the airport after the talks. The campaigner said: “I knew that if I was to try to speak to someone, this could harm their position. They could get fired if they were seen speaking to me… and I’m not exaggerating that [the Brazilian government is] so insane they could do this.”

Carlos Rittl was the executive director of a network of green NGOs called Observatório do Clima at the time of the Madrid talks. He said that there were rumours that Abin agents were present, but the activities of Brazilian civil society were all out in the open and on the record – so there was no intelligence to be gained from spying on them.

Rittl said that intimidating civil society may have been one of the agents’ goals. Before he was elected, Bolsonaro said he would “put an end to all activism in Brazil”. Just before the Madrid talks, Brazilian police raided an NGO in the Amazon and arrested four volunteer firefighters, accusing them of starting fires – a charge there was no evidence for.

“If their aim was [to intimidate civil society], they failed completely,” said Rittl. “The discussions and proposals for civil society attracted the attention of stakeholders from governments, from civil society worldwide, from multilateral financial institutions – and most of these events were packed.”

At the time of the talks, Abin was run by Alexandre Ramagem. He is a former police officer who got to know Bolsonaro while in charge of his campaign trail security. According to Reuters, Ramagem is a close friend of Bolsonaro’s sons.

Governments have sent spies to climate talks before. Wikileaks revealed the UK and US did so in 2009 and the UK did so in 2010. In these cases though, leaked documents suggest the spies’ goal was to spy on other governments and find out their negotiating positions rather than their own government delegates and civil society.

The UK and US intelligence agencies also took more care to hide their activities, which were only exposed through Wikileaks. After the talks, Abin said on their website they had attended and released their agents’ names after Estadao’s freedom of information request. They have previously revealed the names of US spies they were meeting with by publishing their names in routine government data.

Abin did not reply to a request for comment for this story.