The 2015 Paris Agreement seeks to raise global ambition every five years. But only three nations have issued upgraded climate plans nine months before Cop26 in Glasgow 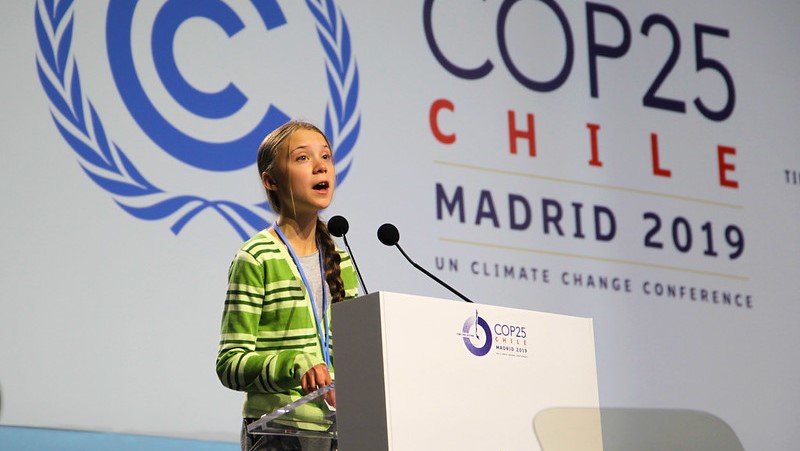 Countries are under pressure to submit tougher climate plan this year but only two have met a symbolic February deadline (Photo: UN Climate Change/Flickr)

Almost all countries are set to miss a symbolic 9 February deadline to strengthen plans to fight climate change under the Paris Agreement even though the United Nations says action in 2020 is vital to avert runaway global warming.

Only three nations have submitted upgraded climate plans nine months before the start of November’s summit in Glasgow, adding to uncertainties after UK Prime Minister Boris Johnson last week sacked Claire O’Neill, who was due to preside at the talks. He has not yet named a replacement.

The UN has billed the 2020 summit, known as Cop26, as a first test of a key principle in the 2015 Paris Agreement that all countries will ratchet up ambition every five years to do more to cut greenhouse gas emissions.

A little-noticed paragraph 25 in the 2015 UN decision implementing the Paris Agreement says that such climate action plans, known as Nationally Determined Contributions (NDCs), are meant to be submitted to the UN “at least 9 to 12 months in advance of the relevant session” of the Cop.

Sunday 9 February marks nine months before the start of Cop26, from 9-19 November. NDCs are crucial in defining national policies for the next 5-10 years.

“It’s disappointing,” Andrew Higham, who led drafting of the 2015 Paris Agreement at the UN Climate Change secretariat, told Climate Home News of the dearth of NDCs by the informal February deadline, which is not legally binding.

Of almost 200 governments, only the Marshall Islands, Suriname and Norway, which issued a new plan on 7 February, have provided new NDCs to rein in their greenhouse gas emissions and adapt their economies to ever more heatwaves, droughts, more powerful storms and rising sea levels.

“The deadline is 9 February,” Norway’s centre-right government said in a statement, revising its NDC goal to cut its emissions by 50-55% below 1990 levels by 2030 from a previous target of at least 40%.

But together, the three nations only account for only about 0.1% of world greenhouse gas emissions.

Asked about the lack of action, a COP26 spokesperson said: “We encourage all parties to submit ambitious NDCs in good time before COP26 this November” and said the UK was “delighted” by the first submissions.

“We … look forward to the rest of our international partners doing so in the coming months,” the spokesperson said.

So far, 107 countries have stated they will enhance their NDCs by the end of 2020, according to the World Resources Institute think-tank. These account for 15.1% of global greenhouse gas emissions.

Five years ago, Higham said the clear intention among nations drafting the Paris Agreement was to have upgrades in 2020 to get on track for its key goal of limiting warming to “well below” 2C above pre-industrial times, while pursuing an even tougher ceiling of 1.5C.

“Any negotiator would be able to find a way of saying ‘we can weasel out of this one’,” said Higham, who is the chief executive of Mission 2020, which seeks to inspire more action. The UN says Paris NDCs put the world on track for warming of more than 3C.

Originally, the Paris Agreement had been expected to start in 2020 and several legal scholars said the nine-month deadline in the Paris text strictly applies only to future five-year milestones starting with 2025, 2030, 2035 and 2040.

But the Paris Agreement entered into force far earlier than expected in 2016 after many governments ratified, adding pressure for the spirit of paragraph 25 to apply in 2020 amid pressure from voters, companies, cities, NGOs and youth activists led by Greta Thunberg.

And scientific findings since Paris – about the death of tropical coral reefs or a quickening melt of Greenland and Antarctica – have further raised expectations for action. Technology prices, such as for wind and solar power, have also tumbled since 2015, making it easier to raise ambition.

Sue Biniaz, who was the US State Department lead climate lawyer for almost three decades and who worked to draft the Paris texts, said she considered that the nine-month deadline in the Paris decision “does not apply to 2020 updates/re-communications” of NDCs.

For most nations, which set NDCs stretching to 2030, it will be enough to re-submit existing NDCs sometime in 2020 to meet the requests in the Paris texts, she said.

However, she also said “it would be desirable to have some early submissions to create momentum during 2020, but I’m sceptical that at least the major economies would be submitting early,” she told CHN.

Christiana Figueres, who headed the UN Climate Change Secretariat in 2015 and founded Mission 2020, said the key test this year would be the willingness of G20 nations other than the United States to raise ambition.

The US is poised to quit the Paris Agreement just before Cop26 under a plan by President Donald Trump and will not submit a new NDC. The US presidential election on 3 November may limit any bold decisions by other nations – leading Democratic candidates all says they will seek to rejoin the Paris Agreement if they win.

“To really make a difference we need to see action either from all the G20 countries, or at least from a critical number of them,” Figueres told CHN. It was unclear, for instance, if Australia would issue a new NDC. “The bushfires in Australia have rung all the alarm bells,” she said.

Asked about 9 February, she noted that nations often missed deadlines in UN texts, including in the run-up to the Paris summit.

“I have full confidence they (NDCs) will be rolling in throughout the year,” Figueres said. “A huge number of them came in at the last minute” in 2015.

But Lavanya Rajamani, a professor of International Environmental Law at Oxford University, said nations did better five years ago in the run-up to Paris.

In 2015, big emitters including the US and the EU issued their intended NDCs before a soft March 31 deadline that the UN said applied only to “those parties ready to do so“. China, the top emitter, issued its plan in June 2015.

“There is no getting away from the disappointment that states are not rising to the challenge of addressing climate change in the narrow window of opportunity we have for avoiding the worst impacts,” Rajamani told CHN.

Many G20 nations are unclear about their plans for NDCs this year but are performing better in setting longer-term 2050 goals to decarbonise their economies, beyond NDCs that mainly define policies until 2025 or 2030.

Britain was the first G7 nation to put a plan for net-zero emissions into law by 2050 last year and prime minister Johnson hopes to inspire wider action. Japan, Germany, France and Canada have all submitted long-term plans to the UN.

UN Secretary-General Antonio Guterres, however, has said the world needs to focus most on immediate action. He wants countries to cut global emissions by 45% below 2010 levels by 2030 and warned in 2018 that the world risks “runaway climate change” unless it acts to reverse a rise in emissions by 2020.

“Governments should understand that they look more and more disconnected from what their citizens are requesting: urgent action on climate starts now, not in five, not in ten years,” echoed Isabel Cavelier, a legal expert with the International Climate Politics Hub.

She told CHN, however, that her reading of the Paris texts meant there was “no legal specific deadline” before Glasgow for countries that are planning to submit NDCs in 2020.

And Oliver Geden, of the German Institute for International and Security Affairs, said: “As I understand it, the 9-months deadline was never taken seriously by the parties.”

“Of course, it’s in the Paris decisions but if you look at the debate, (the UN) will be happy to have announcements just before Glasgow.”