How can the biodiversity and climate crises be tackled together?

The protection of nature is a major weapon against the climate crisis, but it remains on the periphery of diplomacy and finance. That might be changing 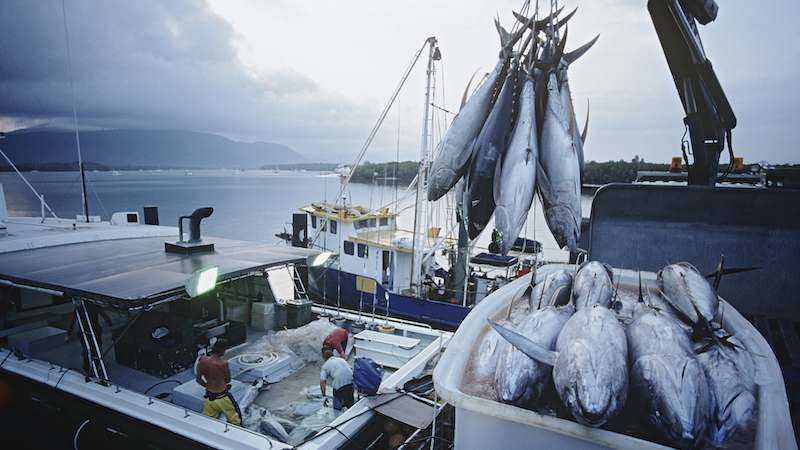 The health of ocean ecosystems is an important weapon in the fight against climate change (Photo: DepositPhotos)

Ecologists have long conceived of the earth as a living organism where every plant, animal, river and cloud are interconnected.

In the political sphere, however, the climate and biodiversity crises have more often than not remained solidly bunkered away from each other. That could be changing.

A series of major meetings are pushing the governments of the world to address both crises as one. Experts hope they could lead to a major shift in the way we think about tackling climate change.

On Monday, a new blockbuster report revealed that up to one out of eight million known plant and animal species could be at risk of extinction.

Global warming is the third biggest factor driving species extinction after changes in land and sea use and the direct exploitation of organisms, according to the report by the UN’s biodiversity science body IPBES. A hike in temperature of just 1C has impacted life from the level of ecosystems to that of genetics. At 1.5C to 2C of warming – the goals of the Paris climate agreement – the report warns the ranges of most of the world’s species on land will shrink significantly.

But this relationship, as scientists and politicians increasingly note, isn’t only negative: often – though not always – conservation efforts bolster the climate too. Healthy ecosystems are imperative for the earth’s capacity to mop up C02.

“We know that ecosystems are currently absorbing 25% of emissions. Another 25% of our emissions are going into the oceans, which is causing ocean acidification,” Guy Midgley, a coordinating lead author of the report, said on Monday. “Together, that’s half of our emissions not ending in the atmosphere because of the health of our ecosystems.”

Though some ecosystems act as better sponges than others. Coastal habitats, such as mangroves, sea grass and salt marshes can soak up carbon up to 40 times faster than tropical forests. Peatlands, which cover 3% of the land surface, represent the largest terrestrial carbon store.

Meanwhile, evidence of the critical role of certain animals in the maintenance of these ecosystems continues to stack up. Known in zoology as cornerstone species, the beaver is vital to wetlands through dam construction, the scaly pangolin protects forests from termite ravages, while by stomping vegetation, African forest elephants encourage the growth of larger trees capable of absorbing more carbon.

It is estimated that so-called ‘nature-based solutions’, which benefit climate and biodiversity, could provide 40% of the carbon emissions cuts needed by 2030 to give a decent chance of limiting warming below 2C. Yet they receive less than 3% of climate funding.

Can you spare a few dollars to help us upgrade our server? Our fundraiser here

While “the CBD has always been more inclusive of other issues, including climate change,” Luraschi said, citing a decision passed at the CBD in 2018 in Egypt calling on states to slash emissions through ecosystems, “the same level of interest in biodiversity has never been reflected in the same formal setting in the UNFCCC. Even though there is some language in the Paris Agreement on maintaining environmental integrity, it just isn’t as explicit.”

This is changing. Frances Seymour, a senior fellow at the World Resources Institute (WRI), notes that there is growing appetite within the UN for literature on the crossovers, with a major report by the think tank due to be released in September.

“It’s great that people are connecting the dots,” Seymour told CHN.  Forest and land emissions have long been a “stepchild in the broader climate world”, she said, which has focused on energy and other fossil fuel sources. The proximity of the IPBS report to a recent major release from the UN’s climate science panel has helped focus attention on the crossover.

The momentum to bring the two issues together is set to pick up at a flurry of critical gatherings in the next 18 months. UN chief Antonio Guterres will be calling on governments to present plans to slash emissions at a climate action summit in September. In December, climate talks in Chile are expected to focus on the importance of ocean health.

In autumn 2020, China will host a landmark summit on biodiversity in Kunming. The meeting is set to define new biodiversity targets, with expectations running high after governments failed to meet goals (2011-2020) formulated during the CBD in Aichi, Japan in 2010. Many hope this to be biodiversity’s Paris moment.

“People can’t help but see them as milestones in one roadmap towards either disaster or redemption,” Seymour said.

Overall, diplomatic initiatives aimed at tackling both crises are on the rise. With the meeting of G7 environment ministers coinciding with the publication of the IPBS report, heads of state issued the Metz Charter on Biodiversity. The non-binding document called on the group to recognise the vital role of biodiversity in contributing to climate regulation and helping communities combat natural disasters.  The group also committed to deploy “nature-based solutions… which can also enhance climate change mitigation and ecosystem restoration.”

Seymour hopes governments will put their money where their mouths are. “We haven’t seen a shift yet in financial resources… We’re off by an order of magnitude,” Seymour said. If countries update their climate commitments to include serious efforts on nature it “will really embody whether we’re serious about this or not”.

But this effort is not without obstacles, Li Shuo at Greenpeace China told CHN. “I think one challenge that this track faces is that the topic of nature-based solutions was sort of overlooked by the climate community. There wasn’t much diplomatic groundwork done on this issue.”

With land-use, agriculture and nature-related sectors contributing less than 10% of Chinese emissions, “energy and transportation-related issues are traditionally perceived as our climate issue”, Li said. “It’s a new learning process for government officials who are chairing this track.”

“The challenge for China is twofold: it has to start the action domestically. In the context of the the UN Climate Action Summit, China’s job is about inspiring the entire membership of the UN on this particular topic,” Li said.

When it comes to biodiversity, China and France are developing their own visions of leadership. The Chinese government is “now paying very close attention to the negotiations” leading to next year’s CBD meeting, with “the entire bureaucracy mobilised to deliver a good outcome”, Li told CHN.

But France, the host of the Paris Agreement, is pursuing a grander vision – a new overarching global treaty for nature. Back in 2017, Emmanuel Macron floated the idea of a treaty that would aid cooperation on environmental blights, such as plastics, but also the biodiversity and climate crises.

Next year, the port city of Marseille is set to host the World Conservation Congress. President of International Union for Conservation of Nature Zhang Xinsheng described the event as “central in mobilising the international community ahead of critical decisions to be taken later that year regarding global efforts to tackle biodiversity loss and climate change”.