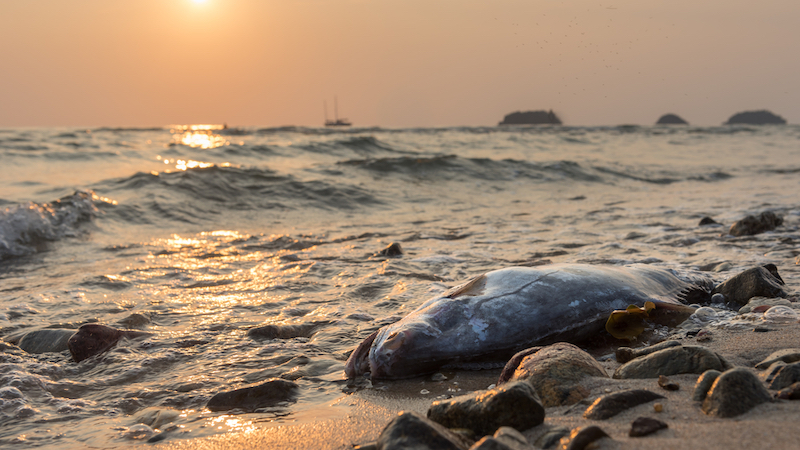 Chile plans to use this year’s UN climate talks to focus attention on the world’s most important carbon sponge – the oceans.

Oceans mop up vast amounts (up to 80%) of the CO2 emitted into the atmosphere by humans. The ecosystems they support could provide new, albeit controversial, ways to draw carbon from the air.

But their health and management remains sidelined from the key political forum on climate change, the United Nations Framework Convention on Climate Change (UNFCCC).

That could change this year. Host nation Chile, which has control over almost 18 million sq km of the world’s oceans, is calling this year’s Cop25 UN climate conference in Santiago a “Blue Cop”.

At a special preparatory meeting in Madrid earlier this month politicians, scientists, and NGOs discussed ways to use the meeting to gain political traction.

“Time is running out,” Chile’s environment minister and the Cop25 president Carolina Schmidt told the meeting through a video. “This is why Chile has been pushing to highlight this problem. In our vision, there cannot be an effective response to climate change without a global response to ocean issues.”

The UN body of climate scientists, the Intergovernmental Panel on Climate Change (IPCC), is due to release a landmark report on the complex linkages between ocean and climate change in September. This is expected to add impetus to Chile’s programme.

What it means to host a “Blue Cop” is still up for debate. Rémi Parmentier, secretary of Because the Ocean, an initiative signed by 23 countries at COP21 in Paris to call for the IPCC report, told Climate Home News “the role of the ocean in mitigating climate change, and the ocean change that it is causing (ocean warming, acidification, deoxygenation, etc) will take centre stage, now and in the future”.

“Ocean and climate are two sides of the same coin: if we want to protect the climate, we must protect the ocean, and vice-versa,” Parmentier said.

According to observers from the Earth Negotiations Bulletin, some governments at the meeting requested that ocean health be placed on the formal agenda for the Cop. This would hoist marine issues at the top of the list of climate priorities.

Other governments were more reluctant, stressing that the creation of special slots for ocean matters could delay negotiations. Instead, the UN could hold a special event in relation to the publication of the IPCC report or release a political statement, they suggested. (The meeting was closed and ENB did not attribute the statements.)

Political statements are a common device in the UN process. They can propose solutions to specific problems, form new commissions or simply commit governments to place new attention on an issue.

Several countries, including Chile, Monaco and France, are pushing for countries to include ocean health issues alongside the energy transition, forestry, agriculture and industry in the national climate plans they submit to the UN climate process. Launching the Cop25 talks this month, Chilean president Sebastian Piñera used his speech to call for this.

These voluntary plans can include anything governments wish, but their inclusion would indicate governments are considering what they can do to protect the ocean carbon sink. Spain’s minister for the ecological transition Teresa Ribera said the IPCC report would identify specific measures that countries could take that could then be addressed in their reports.

Scientists and policy-makers are currently debating what these could be, with some calling to monitor ocean acidification or increase the number of marine protected areas. Others have suggested that national jurisdictions should count and cut their shipping emissions, which account for 2.5% of global emissions, according to the latest International Maritime Organisation (IMO) study.

Participants also voiced caution that a renewed focus on the ocean could boost controversial technologies, such as ocean fertilisation and blue carbon credits.

Ocean fertilisation refers to the sprinkling of iron into the oceans to spur the growth of algae, or phytoplankton, which bloom and capture large quantities of carbon through photosynthesis.

Scientists are still evaluating the consequences of the geotechnology, however. Sunken blooms could, for example, deplete oxygen reserves, which are vital for marine life, and produce greenhouse gases that are more perilous than CO2.

Head of the Paris-based Institute for Sustainable Development and International Relations (IDDRI) Sébastien Treyer, told CHN that it was therefore “very important that all the potential negative impacts that solutions like ocean fertilisation can have on ocean ecosystems and ecological cycles are assessed” before promoting them through climate negotiations.

An emphasis on offsetting emissions through blue carbon, or the carbon stored by coastal ecosystems such as mangrove forests, seagrass meadows and salt marshes, also comes with its own set of risks. In the past, the inclusion of such spaces into carbon markets have led to “ocean grabbing” from small-scale fishermen, civil societies such as Afrika Kontakt have argued.

Parmentier cautioned that “avoid repeating past abuse with regard to carbon credits”.

On top of the the Blue Cop and IPCC report, 2021 will also mark the start of the UN decade on Ocean Science for Sustainable Development.