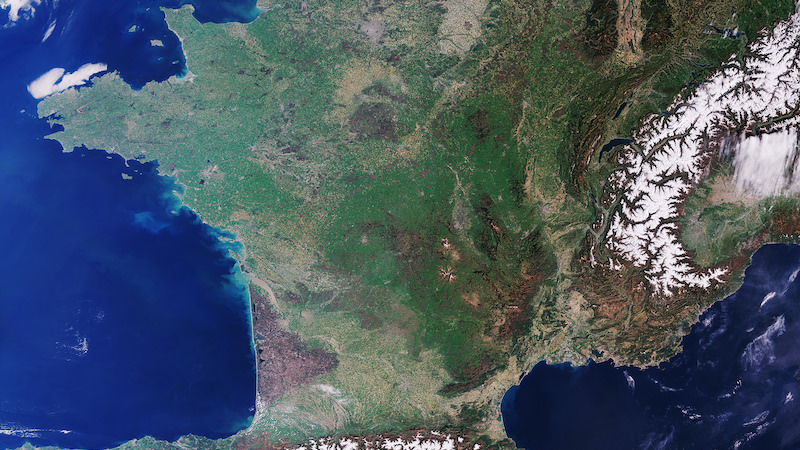 Emmanuel Macron’s government has proposed a bill that will set France on course for zero carbon.

To reach the target, nuclear reductions have been massaged. To the exasperation of some campaigners, France is determined not to follow Germany in fighting climate change while simultaneously cutting a huge source of zero carbon power.

Reading the text of the Green New Deal, laid out as a proposed resolution and ready for the US to adopt, was really a what-might-have-been-moment. Here, finally, is an agenda that fits with the urgency of the climate crisis. Read Natalie Sauer’s seven take-aways here.

Unfortunately its chances of becoming US law any time soon are slim. House speaker Nancy Pelosi tepidly backed the enthusiasm of the campaign but reportedly has no plans to bring it to a vote in the only arm of government the Democrats control.

But senator Ed Markey, who was behind a much weaker 2009 climate bill that couldn’t pass a Democrat-controlled senate, is in for the long haul. The first stage is political education, he said.

Before the deal came out, almost all Democratic presidential candidates had lent it some sort of backing. Several were cosponsors on Thursday.

A discussion on the tightening of what biofuels can count towards EU renewable energy targets took place this week in Brussels, we reported. Since then, our colleagues at Euractiv have heard that the conversation has stalled as commissioners thought the proposal was “too light”.

End of fracking in UK?

It’s hard to see how the UK’s ever-nascent shale gas industry can get around a government refusal to budge on regulations that restrict allowable earth movement to 0.5 on the Richter scale. Even the industry has called it ‘unworkable’, Megan Darby reports.

Fascinating news from Moscow this week: the government has hastened a process that could end in the ratification of the Paris Agreement. It’s only a start, but there are signs that political conditions are changing in the largest emitting nation yet to formally join the 2015 deal.