A report on formally joining the climate deal is due for completion by the end of the month, while a key industry lobby has reversed its opposition 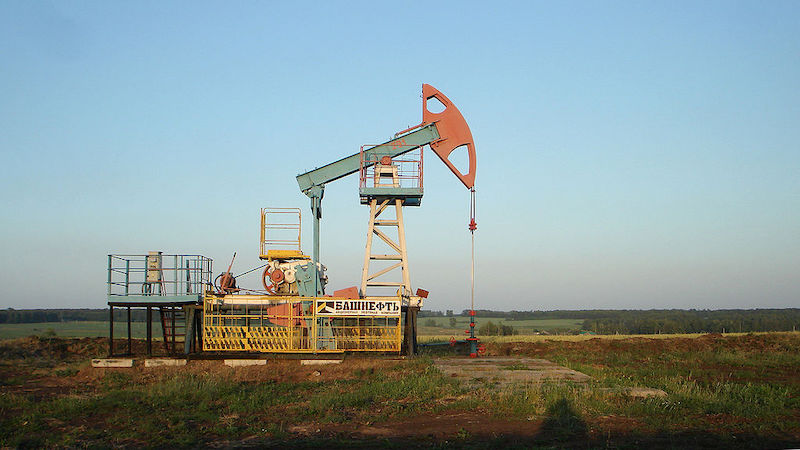 Russia is a major oil producer and emits 5% of the world's greenhouse gases (Photo: Acodered CC BY-SA 3.0 or GFDL], from Wikimedia Commons)

Russia, one of the world’s highest-polluting hold-outs, has taken steps that could lead to ratification of the Paris Agreement. Meanwhile a key business group reversed its opposition.

Late last year, the country’s lead climate advisor Ruslan Edelgeriev released a statement flagging the preparation of a key report on the pros and cons of ratification.

In January, business daily Kommersant reported that Edelgeriev had asked a working group of government experts to have the report ready by the end of February, with a view of landing the document on Vladimir Putin’s desk by March.

The government would then be in a position to submit ratification legislation to the country’s two parliamentary chambers, the Duma and Federation Council.

The move coincided with a shift from a key business group that had previously called for Russia to move slowly on its ratification of the deal.

In a letter to the environment ministry on 17 January, Alexander Shokhin, the head of the Russian Union of Industrialists and Entrepreneurs (RSPP), wrote that “Russian producers are interested in ratification” as “the absence of national obligations and state regulation of activities to combat climate change may serve as a pretext for imposing economic restrictions on Russian companies”. Shokhin also cited concerns over a loss of competitiveness and unnecessary costs.

The European Commission indicated last year it would prioritise countries in trade negotiations that had backed the Paris deal. Accordingly, the Japan-EU agreement concluded in 2017 contained a chapter explicitly referring to the ratification and implementation of the Paris deal.

Neither the RSPP nor a spokesperson for the EU responded to a request for comment.

Nearly 200 countries, including Russia, have signed the Paris Agreement, which commits members to limiting global warming to “well below 2C”.

Formal ratification typically involves an act of parliament, although it varies from country to country. Russia, which accounts for nearly 5% of global greenhouse emissions, remains the largest of the 12 signatories that have not formally ratified the deal.

Alexey Kokorin, a climate change officer from WWF Russia, said he believed Russia’s new climate representative Edelgeriev was providing an impetus that could see the government follow through with the process.

“The big positive is that the new Mr Edelgeriev completely supports ratification. He would like ratification as his personal view, he would like to make that he has made something significant,” said Kokorin.

But Kokorin warned that the ratification had yet to pass a legislative ring of fire.

Deputies “will resist it as much as possible using this to demonstrate themselves as Russian patriots. The populists of United Russia [Vladimir Putin’s party] will certainly delay the process to prove themselves”, he said.

There may also be resistance from within the government. A representative from the ministry of science was the only official to oppose the ratification during the working group, reported Kommersant, citing a lack of evidence for man-made climate change.

Russia was part of a small group of oil and gas producing states that blocked a recent UN conference from welcoming a hugely influential scientific report on the impacts of warming 1.5C above pre-industrial temperatures.