Comment: Brexit has led to delays in climate action just at the moment when bold plans could soften the impact of the UK divorce, writes MEP Lynn Boylan 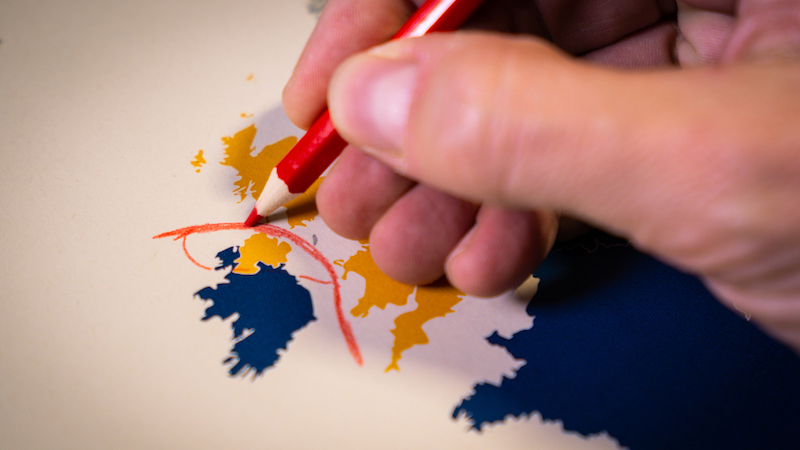 Brexit presents a massive threat for Ireland’s economy, citizens’ rights and, most importantly, Ireland’s peace agreement; but how about our progress on climate change?

While Brexit is presenting enormous challenges, depriving us of energy, time and money, we are approaching a point of no return on climate, while making progress at snail’s pace. Climate change needs to be treated as what it is; a crisis. We need headlines every day, constant media attention, contingency plans, the works. While March 29th is a ‘definite’ date (for now), the tipping point for climate change, though impossible to pin down, is sooner than we think.

As Britain Brexits, Ireland stalls on climate action. Meanwhile, the EU is Ireland’s only pressure point for moving on climate while under the expansive shadow of Brexit.

The partition of Ireland already condemns both sides of the island to slow development in many policy areas, climate action no less so. A 500km border on a small island, with two political systems, undermines any green strategic long-term planning. The border straddles ecosystems that receive EU funding, including high-potential carbon sinks. In spite of the Good Friday Agreement expressly mentioning the environment as an area of co-operation, a Brexit-booted north, whatever shape that takes, will struggle to co-operate on the same terms as it being a partner in Europe.

The most glaring example of the climate impact of Brexit on Ireland is in relation to the all-island single electricity market (SEM), which has been in place on the island of Ireland since 2007. This unified, trans-border electricity market between the north and south is underpinned by the EU internal energy market legislation.

The smooth operation of the SEM is down to both sides of the border being subject to the same set of technical operation rules, including EU rules on data sharing, state aid and market surveillance. Brexit is clearly more than an inconvenience for Ireland’s energy system.

To complicate things further, the EU is already struggling to keep whatever residue of environmental integrity there is in relation to its beloved carbon market – the EU ETS, or Emissions Trading System. Britain’s ability to auction or issue allowances in the EU ETS has already been temporarily suspended by the European Commission since the start of the year, awaiting clarity in the form of a Withdrawal Agreement. We are now six weeks away from the cliff edge, and there is still a question mark over the future of Britain in the EU’s carbon market, never mind how to technically resolve its continuation in the system.

Regardless of the massive shortcomings of the EU ETS, we are facing a situation in which the island of Ireland would still be subject to one single electricity market, split with diverging operational rules, with energy production on one side of the island exempt from the extra costs of buying pollution permits in the carbon market. Moreover, there are obvious difficulties in setting a phase out date for fossil fuels on a small island when the one energy network is governed by two unharmonised political jurisdictions. No amount of replicating legislation in London can guarantee the same efficiency in a single harmonised system.

On top of that, we learnt earlier this month that the Irish minister for climate change was considering delaying major climate plans in order to hold out for Brexit to take shape. Under enormous pressure due to international condemnation, Ireland has to get its act together on climate fast; but the new minister has so far been only talking the talk on revamping Ireland’s climate performance. The minister’s tapping of the breaks shows how the chill factor of Brexit is as far-reaching as to affect our climate policy. The full argument for a solid backstop, which would provide the certainty needed to act, is not to be underestimated.

The minister’s hesitancy begs the question: to what extent is Brexit eclipsing climate action? The answer is – to a large extent, until we stop seeing climate action and Brexit preparations as mutually exclusive.

There needs to be a bold move away from thinking of climate action in terms of sacrifices, as if it were some type of austerity. Climate action needs to be centred on state investment. A bold plan on climate should be an integral part of Brexit-proofing Ireland, whatever Brexit outcome we are left with. Planning for Brexit should include plans for energy self-sufficiency, investing in green jobs in rural communities, and ensuring Ireland is a competitive place for green industries.

The EU could put pressure on the Irish government to advance climate action in spite of Brexit, but it also could be supportive financially. We need to negate the idea that climate action is an austerity policy, and start heavily investing in Ireland so that it can ‘green up’ while at the same time prepare for whatever Brexit swings at us. Only then can Ireland be resilient enough to cope with a single energy market under two jurisdictions and start leading on the energy transition.

Lynn Boylan is an Irish member of the European parliament.