Climate Weekly: All eyes on Brazil 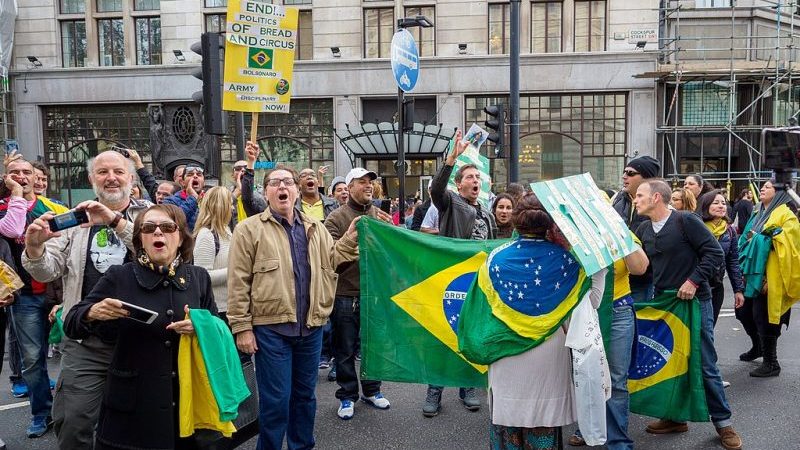 If you care at all about forests, indigenous rights or the climate, you will be watching Brazil anxiously this Sunday.

It is the presidential election runoff between Jair Bolsonaro and Fernando Haddad. The first plans to gut forest protections and open the Amazon to exploitation. The second is promising to install half a million solar rooftops a year.

Bolsonaro has a strong lead in opinion polls, narrowing slightly in the past week. On Thursday, he walked back a threat to pull Brazil out of the Paris Agreement. But fears remain over the impact of his environmental policies on the world’s biggest rainforest.

Campaign group Fern urged the EU to use its trade clout to safeguard the forest in the production of soy, beef and other export commodities.

We are the only international news site with a correspondent in the heart of the Amazon. Read Fabiano Maisonnave’s great reporting here. Help us to hold the new administration to account with a monthly donation through Patreon.

The Asian Development Bank did not ban lending to new coal power stations, it just became uncompetitive. Factoring in a shadow carbon price of $36 a tonne, that is.

Kosovo, on the other hand, is not giving up on its flagship coal plan. After the World Bank finally ruled out support for Kosovo e Re, the government turned to the US, Karl Mathiesen reports.

The Green Climate Fund bounced back from its catastrophic July board meeting to approve $1 billion worth of projects and a process for raising new contributions.

However, the US vetoed China’s first project bid to the flagship fund, which can only fuel the fight over climate finance at December’s UN climate summit in Katowice.

Not sure if the trade war has trickled down to the corners of the UNFCCC, but certainly a prelude to the politics of COP24. Be ready for some arm-wrestling between BIG boys.
US-China trade war spills into Green Climate Fund https://t.co/M4nUmcjhWK via @ClimateHome

The International Maritime Organization has set a long-term climate goal for the shipping sector, but many countries are in no rush to get started.

An action plan was watered down this week, Natalie Sauer writes, to avoid committing to taking any decisions on new carbon-cutting measures before 2023.

Potential measures include speed limits at sea, or “slow steaming”. These could deliver immediate fuel savings, but opponents raise concerns about the economic impacts on trade.

Brexit and Germany’s “wobble” are shifting the balance of EU climate policy in a less progressive direction, reports Sara Stefanini from Brussels.

Meanwhile UK minister Claire Perry is playing down the risk of disruption to energy trade when Britain leaves the EU.

30 years ago this week, Malta became the first country to raise climate change as a dedicated agenda item at the UN General Assembly.

A dozen countries shared its concern about global warming, the transcript shows with no dissenting voices regarding the science. There was little sign of how politically fraught the subject would continue to be three decades later.