Global green fund gets back on track with $1bn splurge, but US vetoed a project that would have loaned $100m to China 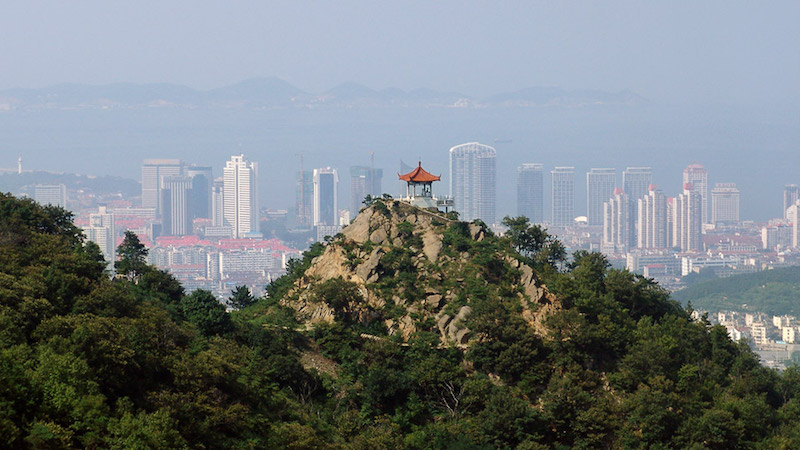 Yantai is a city of 6.5 million people in the Chinese province of Shandong (Photo: Castelfranco)

The first Chinese bid for finance from the Green Climate Fund (GCF) was deferred on Saturday, after the US board member blocked it.

In a sign of US-China tensions spilling into the climate finance arena, Mathew Haarsager, a US treasury official, vetoed a $100 million loan for green development in Shandong province.

He and Japan’s Hiroshi Matsuura raised concerns about the accountability of sub-projects and potential use of funds for research and development of commercial products.

CHN will be there, as usual, keeping you informed from the inside.

If you value our coverage, please consider helping us to do more. Become a CHN patron for as little as $5 per month.

Its defenders said it was exactly the kind of “transformational” initiative the GCF should support. Shandong has the highest energy consumption in China, largely fuelled by coal. By mobilising investments in clean energy, urban transport and other climate projects, the programme is predicted to save 50-75 million tonnes of carbon dioxide compared to business-as-usual.

After consultations, Matsuura said he would not stand against the proposal, leaving the US in sole opposition.

Tosi Mpanu Mpanu, a Congolese board member representing African countries, said US opposition was motivated by trade tensions between the superpowers.

“If you want to have an impact and a transformational role, you cannot do better [than the Shandong proposal], but it was nonetheless blocked by the US,” he told Climate Home News. “It can create a little bit of distrust of the good faith of some of the parties around the table.”

Very pleased that the #GCFund Board has approved over USD 1 billion of new projects and programmes to support #ClimateAction in developing countries and formally launched the Fund’s first replenishment https://t.co/sgrpurQaWA Important signal ahead of #COP24 in December pic.twitter.com/3F0DLXwlLX

Earlier in the meeting, the board considered a proposal that would have removed the ability of an individual member to veto decisions, but could not agree on a voting system that everyone considered fair. This apparently innocuous procedural issue has proved the “toughest nut to crack”, said co-chair Paul Oquist, defying resolution for five years.

These were hitches in a generally productive meeting that went some way to reassure climate watchers, following a complete breakdown in boardroom relations in July.

The board approved 19 projects worth $1 billion, including a slimmed-down version of a controversial water security project from oil-rich hosts Bahrain.

It agreed to trigger a fresh round of fundraising, with rich countries expected to deliver pledges at an event in autumn 2019. To inform that process, the board ordered a review of performance to date.

And recruitment for an executive director got the go-ahead, to replace Howard Bamsey, who quit abruptly at July’s troubled board meeting. The job advertisement was published on Monday.

good News! #GCFB21 decided to launch the first replenishment process of the @GCF_News. This is tailwind for a successful @COP24

Reaching agreement on fundraising, in particular, was seen as important to building trust ahead of UN negotiations on the Paris Agreement rulebook at Cop24 in December.

“[The] decision to initiate replenishment is key to ensure that the fund will be able to fulfil its mandate to channel climate finance to the most vulnerable countries,” said Norwegian board member Hans-Olav Ibrekk, in a statement. However, he noted the board still divides along developed-developing country lines, calling for more unity.

The decision to officially launch replenishment was “encouraging”, agreed Karma Tshering of Bhutan. He added: “We now need developed countries to step up and make significant pledges, so replenishment becomes a reality.”