African experts explain the barriers they face to taking part in influential climate science assessments like this month’s blockbuster on 1.5C global warming 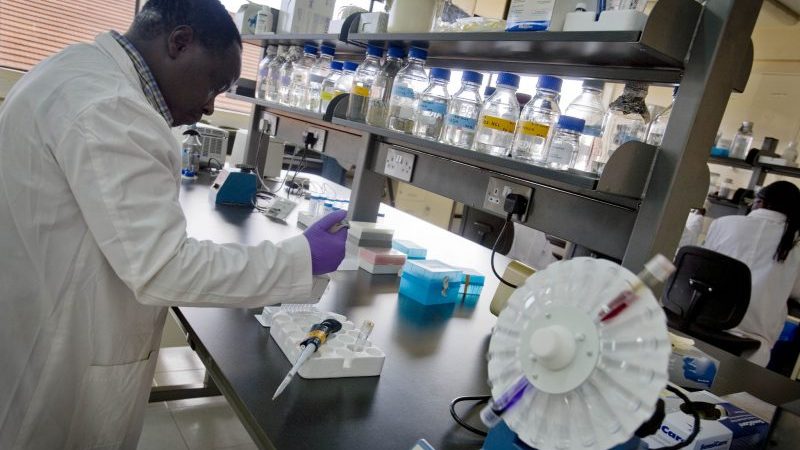 By Sophie Mbugua in Nairobi

Africa is home to one in six of the world’s people and rising. From its sensitive ecosystems to booming cities, the continent is vulnerable to climate change and increasingly important to tackling it.

Yet fewer than one in ten contributors to a landmark UN report on the science of 1.5C global warming launched this month were African, of whom many were based at universities outside the region.

A shortage of observational data, high journal fees and lack of compensation for contributors throw up barriers to participation in the Intergovernmental Panel on Climate Change (IPCC) process, experts tell Climate Home News.

Whereas the IPCC draws confident conclusions about trends in the EU, North America and Australia, there is a lot of uncertainty around African findings. Some chapters have no African authors, or only one.

Eight out of 91 lead authors of the IPCC special report on 1.5C global warming were from Africa.

A further 78 are among the 783 contributing authors to the three working groups, with most focused on the impacts of climate change.

The problem starts with patchy raw data. “Climate change is based on long term observations of weather patterns,” says Murombedzi. “There is very little climate observation infrastructure in Africa, and therefore very little is known about what is actually happening in terms of climate impacts in Africa.”

That is compounded by a lack of resources to get African research published in the peer-reviewed journals the IPCC relies on to make its assessments.

Accessing the latest literature is expensive. Subscriptions to science journals run to hundreds of dollars, which is beyond many academics’ budgets.

“If I want Africa to read my work, I must publish in open access journals or make my articles open access,” says Mouhamadou Bamba Sylla, a senior climate modeller at the West African Science Service Center on Climate Change and Adapted Land Use and contributing author of the IPCC 1.5C report. “That’s an additional between €1500-5000 ($1,700-5,700) fee depending on the journal.”

Even with publications under their belts, scientists usually need to be nominated by governments to take part in the IPCC process. Many governments are not proactive about putting forward their best researchers, according to Sylla.

It is a demanding and unpaid job for those accepted to contribute. At times, African authors, struggling to make a living, would volunteer to write sections but not deliver, he adds.

“The numbers are improving but we must show that we can deliver the things we can volunteer for. If we do not, the next IPCC reports, they will select a few Africans for geographical representation but there will be no actual responsibility and impacts.”

Murombedzi acknowledges there is little funding in Africa for climate change research. There are various platforms through which African governments can boost investment, he says, citing the Committee of African Heads of State and Government on Climate Change (CAHOSCC) and the African Ministerial Conference on the Environment (AMCEN).

Mithika Mwenda, secretary general of the Pan African Climate Justice Alliance (PACJA), is urging African governments to make it a priority. “I do not think it is about lack of finances since we have a lot of resources wasted on irrelevant issues compared to research institutions. Lop-sided kind of priorities are hindering funds allocation to research and other broader climate work,” he says.

Developing and funding a critical mass of climate scientists in Africa is key, says Sylla: “Only then can we contribute effectively to the IPCC and global climate matters.”