What Europe can do if Bolsonaro attacks the Amazon 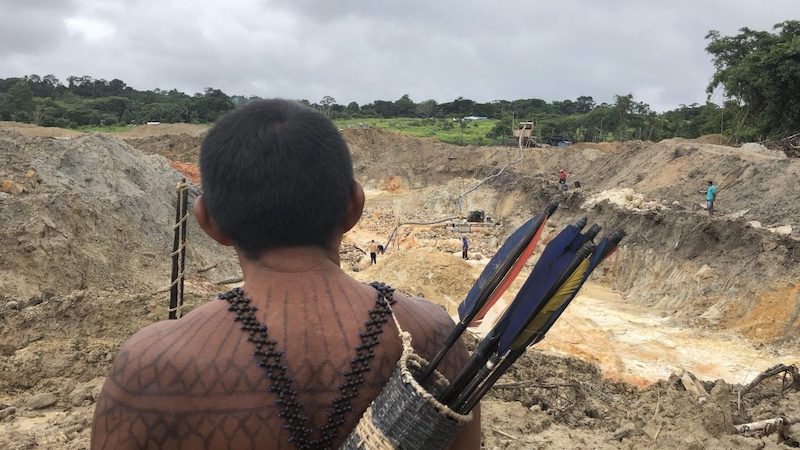 A Munduruku warrior stands above an illegal mine on indigenous land in the state of Pará (Photo: Fabiano Maisonnave)

The views of the man on the brink of leading the planet’s fourth largest democracy have attracted global notoriety since his shock victory in Brazil’s first-round presidential election earlier this month.

Jair Bolsonaro would rather his son was dead than gay. He once told a female politician that she was not worthy of being raped. He has claimed that Brazil’s former dictatorship’s biggest mistake was torturing rather than killing its opponents.

His opinions on the environment and indigenous people’s rights are equally disturbing.

Bolsonaro wants to take Brazil out of the Paris climate agreement, pave a highway through the Amazon and has promised to weaken the enforcement of environmental laws, while finishing all forms of activism.

Pressure on Brazil’s 900,000 indigenous peoples – for whom 12% of the country’s land is set-aside – would also intensify.

“If I get there [become president], there will not be a single square centimetre demarcated as indigenous land,” he said in March, 2017. Indigenous peoples, Bolsonaro observed, want “electricity, television, to date blonde chicks, and the Internet”.

So, if the current polls are right and Bolsonaro becomes Brazil’s president after the run-off vote on October 28, how should the European Union (EU) react to a man whose political philosophy, if put into practice, would provoke environmental and social havoc?

Given Bolsonaro wants to make Brazil great again by promoting the country’s exports, the EU’s chief – and perhaps only – leverage, is trade.

The EU’s and Brazil’s economies are deeply entwined: the EU is the biggest foreign investor in Brazil; it is also Brazil’s second-biggest trading partner, accounting for 18.3% of its total trade. A significant portion of this trade is in agricultural products – of which Brazil is the single biggest exporter to the EU. 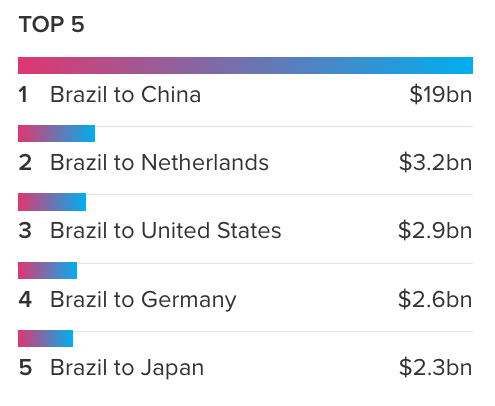 The most destructive of these agricultural exports are soya and beef, which have driven environmental devastation and widespread land rights abuses in Brazil. The country supplies a quarter of the world’s soya beans. Historically the EU has been a key market, importing Brazilian soy largely for animal feed.

The country’s deforestation rates have risen in recent years, as environmental laws have been weakened – a process Bolsonaro, who has pledged to champion Brazil’s agribusiness sector – explicitly wants to accelerate, enabling the soy and cattle industries to expand into legally protected areas.

The EU’s best chance of stopping this, is through exerting demand-side pressure and as well as through engagement: specifically by redoubling its efforts to eradicate deforestation, land grabs and other human rights abuses from its agricultural supply chains.

Regardless of Bolsonaro’s likely victory, the EU should pass laws requiring its companies to trace their supply chains fully, and ensure that they adhere to human rights laws.

The EU should make it mandatory for companies to know the history of any agricultural commodities they import. This could be done by making the Organisation for Economic Co-operation and Development’s (OECD) Due Diligence Guidance mandatory. This guidance shows how companies can respect human rights and avoid contributing to their violation in responsible agricultural supply chains.

France has already led the way in adopting its ‘Devoir de Vigilance’ Law, which requires its companies to do risk assessments, and respond to any environmental and social damage within their supply chains, including that caused by subcontractors and suppliers globally. The EU must follow suit.

The European Commission could do so by enacting an action plan to protect forests and respect rights, including binding legislation guaranteeing that no products or financial transactions linked to the EU lead to deforestation, forest degradation and human rights violations.

The EU cannot meet its pledge to deliver the Sustainable Development Goals – and help fight poverty, climate change, and environmental degradation globally – if its key trading partners forgo them.

If Bolsonaro becomes Brazil’s next president, his destructive impulses must somehow be reined in, and EU policymakers must be galvanized into the action they should be taking already.

Failing to do so would mean sacrificing indigenous people’s rights, Brazil’s savannahs and rainforests – including the Amazon, the world’s largest tropical rainforest – and our climate.

Nicole Polsterer is a sustainable consumption campaigner at Fern.