Kosovo turns to US after World Bank dumps coal plant 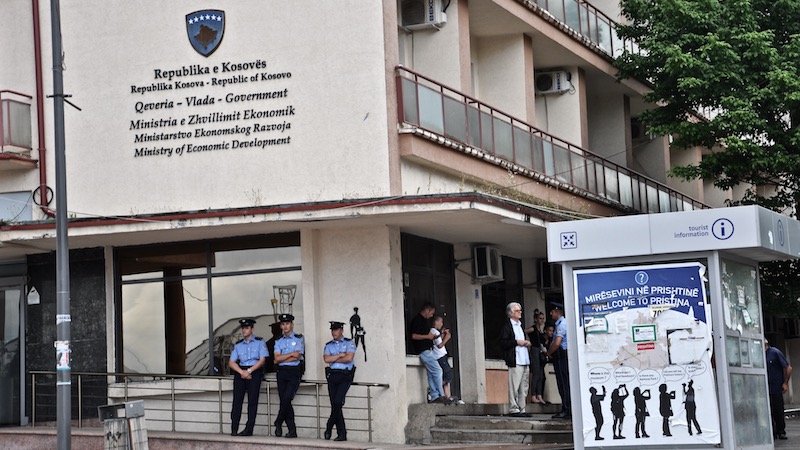 Kosovo has turned to the Trump administration for help to build a coal-fired power plant after losing the backing of the World Bank.

This month, the World Bank withdrew a loan guarantee offer for the Kosovo e Re lignite burner – the last new coal plant it was considering support for – on the grounds that it was uncompetitive with renewable energy.

But after waiting more than a decade, the Kosovan government is intent on finding a new partner.

An agenda for Haradinaj’s trip, posted on the Ekonomia Online news site, listed the meeting and its subject: financing for the planned Kosovo e Re plant, its “positive environmental impact” and plans for the nearby lignite mine.

Neither Opic nor the Kosovan government disputed the description posted online. Both refused to comment on the outcome of the meeting.

Opic spokesperson Andrea Orr said the agency “meets regularly with government officials in the countries where we work and these meetings can cover a range of subjects. We do not disclose specific details of these discussions”. The Kosovan government declined to answer questions.

In July, James Jay Carafano, a foreign policy vice-president at the Heritage Foundation, travelled to Kosovo and met with Lluka. He also hosted prime minister Haradinaj and Lluka at the foundation headquarters in Washington on the same day they met with Opic.

“They are banking on [Opic] for some of the funding for the power plant,” Carafano told Climate Home News.

Opic is a public agency that provides finance and other support to US businesses seeking to invest in emerging markets. The company building the Kosovo plant is a London-listed energy company ContourGlobal, which is mostly owned by US investment fund Reservoir Capital Group. CountourGlobal has received financing from Opic for previous projects. 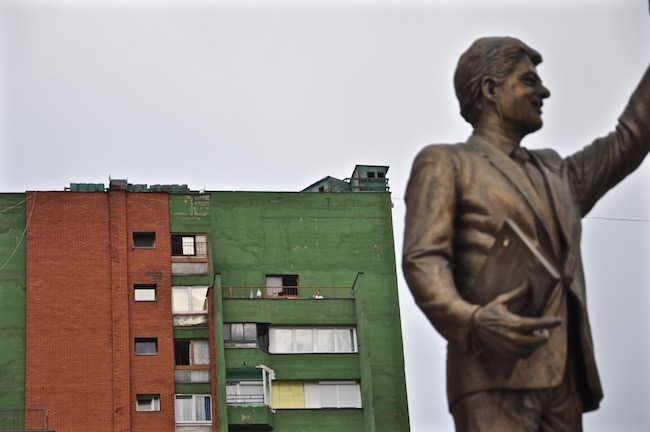 The US intervention in Kosovo’s war is celebrated in statues and street names in Prishtina. But a decade after independence the country remains an economic struggler (Photo: Karl Mathiesen)

Among several consortia bidding for contracts on the Kosovo plant is US company General Electric. Other bidders include Chinese, Korean and Japanese companies, indicating other public finances could support the plant.

“We expect the financing package to come from a mix of the Overseas Private Investment Corporation and export credit agencies,” ContourGlobal CEO Joe Brandt told Reuters this month. The company says construction will begin in early 2019, although no financial backer has so far been confirmed.

Kosovo’s energy sector is bedevilled by geography and two decades lost to war and stuttering reconstruction. Coal, burned in two Tito-era plants, is the source of 98% of the country’s electricity. The country has enormous reserves of lignite, the most polluting form of coal.

The new Kosovo e Re plant has been central to the tiny country’s planning since before its independence in 2008. Leaked US diplomatic cables describe a 2006 meeting at which a World Bank official and government minister celebrated the bank’s willingness to help build the plant with champagne.

In the decade since, the World Bank has soured on coal. But its commitment to underwrite Kosovo e Re remained steadfast until this year. In June, bank officials flew to Kosovo, apparently to inform the government that an expert review had concluded that replacing the nearly 50-year-old Kosovo A plant with renewable energy had become a cheaper option.

6/ On the floor of one of the biggest point sources of toxic pollution in Europe pic.twitter.com/P5ncfK28a6

“Opic will consider the full spectrum of energy projects, including coal-fired power plants, and evaluate those against its long-standing environmental and social policies to determine if the project makes sense for Opic support,” she said.

Heritage’s Carafano has advocated for the Trump administration to support the plant in Kosovo, which he views as a strategically-located security partner. The Western Balkans were an area of Europe Russia could “destabilise”, he said.

“I think that US policy in general has been to use Opic more as a geostrategic instrument,” he said. “Rather than opening up Starbucks in Brazil, they are projects where it’s going to have strategically relevant impacts to the US.”

Kosovo is potentially a candidate to join Nato and, following Haradinaj’s meetings in Washington, the country voted to establish a national army.

The country is also seeking EU membership. Green groups have raised concerns a new coal plant would make it difficult for Kosovo to meet EU emissions requirements if it did join the bloc. Kosovo is already a contracting party to the pan-European Energy Community, which has raised concerns that ContourGlobal’s contracts with the Kosovo government breach state aid rules.

Last week, president Donald Trump signed off on a major restructure of US overseas aid that will see Opic subsumed into a larger organisation – the International Development Finance Corporation. Orr said that project assessments would not change during the transition period.