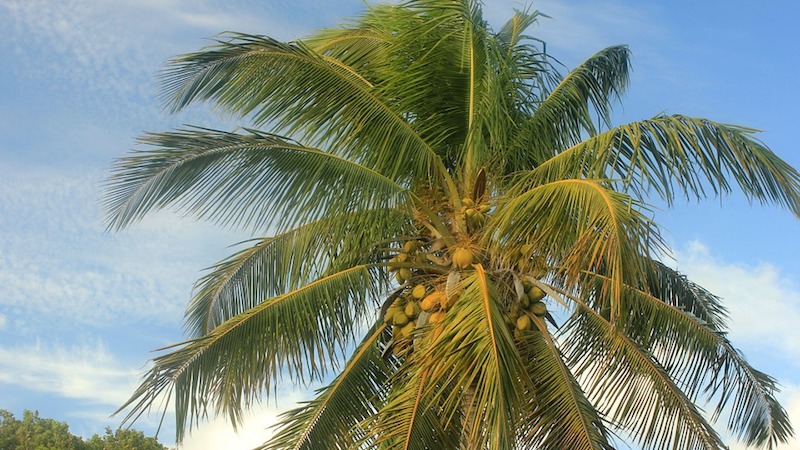 Can the Pacific concept of talanoa storytelling bring together bitterly opposed sides of the climate debate (Photo: Max Pixel)

By all accounts Friday saw a week of slow but steady progress drawing to a close. Negotiators will be back at it on Saturday, some will miss their day off on Sunday at the Talanoa Dialogue. We’ll be back Monday to tell you everything that happens.

Are you signed up? Get our Bonn morning briefs all next week before anyone else – here.

If you’ve just joined us, here’s what you missed:

The practical details for Sunday’s Talanoa Dialogue are set, aside from some indecision about whether to webcast sessions (they should). But what will participants make of the storytelling brief?

One negotiator for a small island state was a convert to the concept, telling CHN it could help delegates to take a break from the adversarial mindset of formal talks.

“When this was first put on the table, there was a lot of scepticism,” they said, “but now the wisdom of it is emerging – that through respectful engagement and sharing common problems, you can find common solutions.”

Many see the test of success as whether it ultimately results in governments upping their climate targets by 2020. Gebru Jember Endalew, chair of the least developed countries bloc, started the talks saying that was essential to keep the safer 1.5C global warming limit within reach.

So far, that looks doubtful. The majority of big emitters who pegged their national plans to 2030 see their existing targets as plenty ambitious.

Seven EU member states say they want the bloc to up its game, but they have 20 more to convince.

“What is also important is that in our countries, in our constituencies, there is also a build-up from bottom up, so when [ministers] go to Katowice, it is not just top down,” she said. Norway’s environment minister met with civil society representatives to encourage them to take part.

In an NGO press conference, Meena Raman from the Third World Network said a lack of action from the rich world pre-2020 was unfairly shifting the burden on emerging economies. “When developing countries are hesitant to say ‘we will ratchet up’, it is because developed countries have not met their commitments. This is why you are seeing a problem here.”

We’ve quoted Poland’s special envoy on climate change Tomasz Chruszczow a lot during the past week. (Partly because he eschews diplomatic language and actually says what he, and his government, are thinking. Oh, if only there were more like him). On Thursday, he continued to signal that Poland will be pushing its own agenda at Cop24 in Katowice when he downplayed the importance of the Talanoa Dialogue – the centrepiece initiative of Poland’s presidential predecessor Fiji.

In response to a CHN tweet calling the dialogue a “major test”, Chruszczow said: “The ultimate test will be in Katowice at @COP24. Paris Agreement Work Programme adoption will prove the seriousness of Paris commitment.”

In another small but significant snub to the Fijians, the Cop24 website drops the island nation’s ‘talanoa’ branding of the scheme, referring to it by its earlier name – facilitative dialogue.

The Suva Expert Dialogue came to a close on Thursday, after two days of discussions on how the international community can better support developing countries deal with the problems of climate change, otherwise known as loss and damage.

Talks focused on the financial support needed. By one estimate, the annual un-avoided damages of climate change will cost $50bn by 2020, growing to $300bn in 2030.

But delegates noticed Germany was the only developed economy to pipe up about what could be done to help. “I hope that their [other developed countries] silence was not indicative of a lack of support,” said Dawn Pierre-Nathoniel, of the St Lucia delegation.

Soila Apparicio has the story.

Outside the conference, France continued its diplomatic offensive against the US Trump administration’s revisionism over international agreements – including the Paris climate and Iran nuclear deals.

“When a country signs an agreement, this commitment doesn’t depend on the variable nature of its government. Otherwise, foreign policies would become impossible,” tweeted Gérard Araud, the French Ambassador to the US, this week.

Perhaps with the packed weekend in mind, an Australian submission to reduce the frequency of major climate meetings (Cops) was put forward on Friday. It argued the big end of year talks place financial and logistical strain on the UN secretariat and parties.

Instead, three Cops should happen on a five year cycle, to align with key moments in the Paris Agreement process. Meanwhile negotiators would keep meeting every six months in subsidiary body meetings – like the one going on it Bonn right now.

One negotiator we spoke to called the idea “dumb”. For one thing, decisions from the subsidiary bodies need ministerial approval to progress. This would lead to a pile up. Second, the UN climate convention is much more than just the Paris Agreement. “It makes no sense,” said the source, “to align everything to the PA alone”.

Discussion of the proposal has been put off until May 2019.

As always in the central Saturday of climate talks, NGOs will host a party. It will start at 9pm at the Casino des Bundesrechnungshofes, just north of the World Conference Centre on the banks of the Rhine. The address is Adenauer Allee 81, 53113 Bonn. From the notice sent out by organisers Climate Action Network (CAN), it sounds like it’s a cash bar and you’ll need your conference badges to get in. CAN also note that the party “has a zero-tolerance policy towards all forms of harassment”.

On Saturday, there will be a special briefing by UNFCCC chief on the secretariat’s finances. Patricia Espinosa will plead for countries to pay their dues. Outstanding cash stood at EUR 5.7 million at the turn of the year, around 22% of the secretariat’s 2018 budget. The meeting will be at 1pm in meeting room Genf.