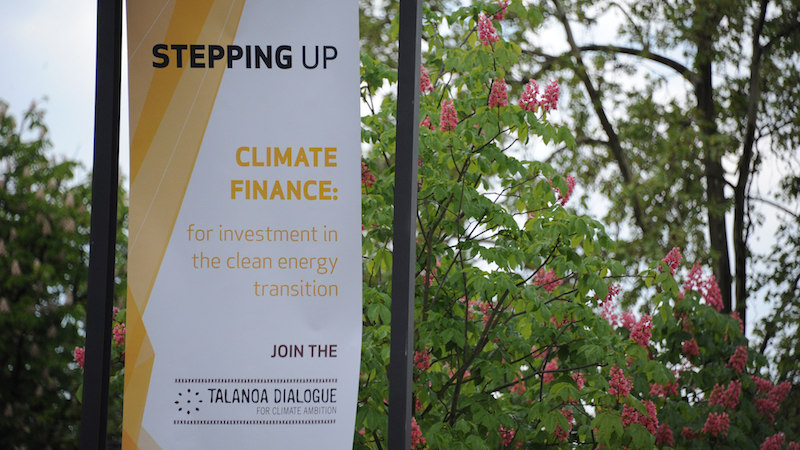 Should countries update their climate pledges by 2020? That was the core debate as a stocktake of global efforts launched at interim UN climate talks in Bonn on Wednesday.

The EU and countries most vulnerable to climate change impacts said the process, known as the Talanoa Dialogue, must result in a political commitment to increase national targets. But the biggest bloc of developing countries, G77 + China, argued it should not be “prescriptive”.

UN climate chief Patricia Espinosa said countries must collectively close the gap between the goal of the Paris Agreement to hold global warming “ideally” to 1.5C and current pledges putting the world on track for double that. “Climate change will take every challenge we now face and multiply them,” she said. “We can do better and we must.”

Jointly led by Fiji and Poland, presidents of the 2017 and 2018 climate summits respectively, the dialogue draws on Pacific storytelling tradition. Government representatives will meet outside experts in a series of “non-confrontational” parallel sessions on Sunday.

They were given three questions to answer: where are we, where do we want to go and how do we get there? Advance written submissions propose a wide range of technology, lifestyle and policy solutions across various sectors.

Researchers, lobbyists and campaigners found out on Tuesday whether they had got a coveted place at the table and scrambled to coordinate their interventions.

Inia Seruitaru, “climate champion” for Fiji, set the tone by describing the impact of tropical storms, flooding and drought on his country – threats that are increasing with global warming.

“We live in constant fear that a direct hit from intensifying cyclones could wipe out our economy altogether and set back our development by decades,” said Seruitaru. “This is not the way our children and our children’s children should live.”

While delegates embraced the spirit of the initiative, many questioned how these stories would translate into action.

Organisers say they will synthesise key messages from Sunday’s discussion for politicians to consider at the next major conference in Katowice this December, along with further written submissions. It remains to be seen whether those politicians commit to any increased action as a result.

Emerging economies like China are particularly resistant to the suggestion they should revise the contributions they made to the 2015 Paris Agreement. Their emissions cuts hinge on financial and technological support from developed countries, which they argue must also be assessed in the stocktake.

The EU’s opening statement called for the dialogue to be a platform for stronger pledges. “It is our expectation that the Talanoa Dialogue can and should foster an honest global reflection of the adequacy of the present NDCs,” the bloc’s representative told the meeting. NDCs or ‘nationally determined contributions’ are the pledges made to the Paris deal.

Poland, although it sits in the EU, has resisted the policy of increasing ambition. In an interview with CHN, Polish climate envoy Tomasz Chruszczow refused to comment on whether the dialogue should deliver a political statement or commitments to increasing national ambition.