What a great time to be a climate journalist

Comment: As he hands the secret Climate Home editor codes and knackered laptop to Karl Mathiesen, Ed King reflects on the five years since he launched the site 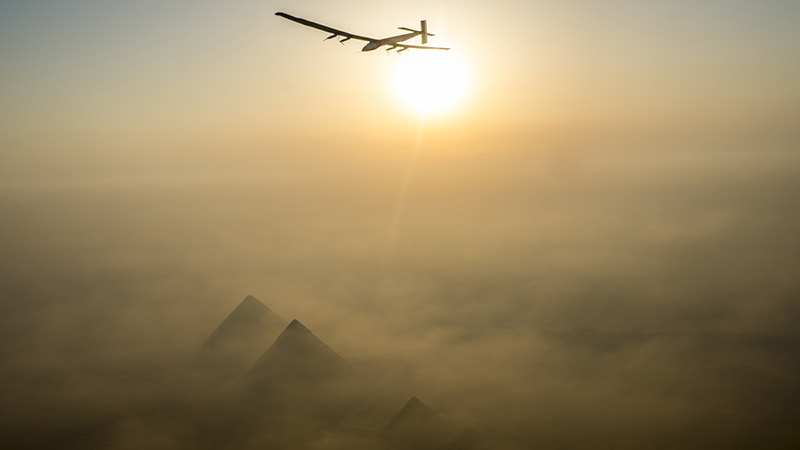 Roll back to 2011, and the broiling heat of Durban, home to the COP17 climate summit.

A US youth activist interrupts UN talks to accost Washington’s top man, accusing him of threatening the lives of young people and slowing progress on a greenhouse gas cutting pact.

Five and a half years on, it’s easy to think little has changed. There’s a new man in the White House who says global warming is a hoax, his chief diplomat used to run Exxon Mobil, his top strategist reckons climate science is hokum.

Alt-right websites and climate sceptics are running riot, falsely claiming temperature records have been manipulated, urging Donald Trump to kill the climate beast once and for all.

Meanwhile the latest data from global climate agencies says the world is still warming, the Arctic is heating up fast and the oceans are steadily becoming more acidic.

It’s easy to see why some climate journalists feel it has all become too much, penning pained columns where they declare that covering this issue is mentally draining.

Take a step back and suck in that big picture. When I led a small team back in 2011 that launched Climate Home (then RTCC) ahead of the COP17 meeting, it was much worse.

There was no global agreement on climate change, or US-China accord. The UN’s climate body was battered after Copenhagen, the EU rocked by the financial crisis.

Leaders in Beijing and Delhi clung to the idea that rich nations had the bottle (and capability) to cut emissions; the Saudis were still operating at warp speed to sink any hope of a deal.

Meanwhile scientists were taking a pasting: still the target of abuse from a network of fossil-fuel funded think tanks and conspiracy websites for the so-called climategate saga.

The very idea India would bid to deploy nearly 200 gigawatts of clean power by the early 2020s would have been labelled mad. Ditto China’s plans to put $361 billion into renewables or the UK’s coal phase-out.

Imagine – on top of all of that – predicting that by 2016 the US solar sector would employ 260,000 people, BP would acknowledge some oil reserves will stay in the ground and Saudi Arabia would plan a US$5 billion clean energy binge.

I accept this may be a little panglossian for many. WWF’s 2016 Living Planet Report underlined the collapse in global biodiversity, the rapid loss of valued ecosystems across the globe.

True, if you sit in front of your laptop and repeatedly click on Ed Hawkins’ gifs detailing crashing Arctic sea ice levels or spiralling temperatures, you’ll start to sweat.

Scepticism is still necessary. China’s coal data is frequently touted as evidence of a radical clean energy shift, yet pictures of smog over Beijing tell a different tale.

Equally, is it reasonable to expect a country like India – the world’s fourth largest carbon polluter – to make carbon cuts when 250 million still lack access to the electricity grid?

In this era when nationalist leaders are winning support, is there any prospect of Western society curbing its huge appetite for energy, goods and services?

And as the just transition klaxon wails, does anyone have an adequate answer for the millions of fossil fuel and heavy industry workers who could be put out of business by climate laws?

It’s why we have made it our business at Climate Home to focus on the human angles of warming, recently partnering with CDKN to tell the stories of African communities on the climate frontline.

Take the Syrian scientist who warned his government of the impacts drought was having back in 2006, to the Marshall Islands poet whose house was submerged, and the climate refugees of Bikini Atoll who want to build a new life in the US.

Correspondents have travelled to Siberia to cover the melting permafrost, Tasmania to witness dying underwater forests and reported on attempts by Iran, North Korea and Venezuela to craft climate plans.

We’ve also built partnerships with media outlets in Brazil, India and China to allow writers in those countries the chance to explain the challenges they are facing.

It’s worrying. But it is also a fact that notwithstanding the current White House incumbent and his band of (mainly) greying men, the political shift on climate since 2011 has been spectacular.

There was moment at COP17, while running what turned out to be a 48-hour live blog, when I thought the UN climate process was dead.

It was 3am and India’s environment minister had let rip at the US and EU: “India will not be intimidated,” she bellowed to the applause of NGOs at the back of the room.

She wouldn’t let up, and you could see UN and various government officials wilting. Yet that rage prompted a remarkable huddle of men and women – top diplomats from the US, EU, China and beyond.

Peering into the abyss of another failed summit – a potentially mortal blow – they regrouped to agree to start work on a climate pact that would become operational in 2020 [we’re now looking at 2018].

There was another moment, minutes before the Paris climate agreement was signed off, where I paced the negotiating hall with fellow reporter Lisa Friedman and watched envoys panic again.

With the pact nearly home and dry a fierce row erupted over the words “should” and “shall”, and the placement of the latter in a sentence covering rich country carbon cuts.

It was a deal-breaking moment. The US would not sign up to any deal where it was bound to make carbon cuts and emerging economies were not.

We were metres away from John Kerry, whose face was turning the same colour as his greying hair. Bulging veins across French government foreheads betrayed deep anxiety. UN apparatchiks contemplated collapse.

Again they stared into the abyss, the difference this time was a clear path lay ahead and China – remarkably – stepped in to broker a deal and spare US blushes.

Report: Foie gras, oysters and a climate deal – how the Paris pact was won

The point is, the UN’s 2015 climate deal was hard fought to the bitter end. There were multiple chances to screw it up. But ultimately 195 countries decided it was worth the bet.

UK climate minister Nick Hurd summed it up better than I can a few weeks back, when quizzed by MPs on the slow pace of progress.

“With all its downsides and the difficulty of building trust and momentum between 195 countries… in human terms, it is the most extraordinary process,” he said.

Another truth is that despite the diplomatic triumph of Paris, real leadership has come not just at the UN but from governments, NGOs and business leaders eyeing the vast opportunities ahead.

The Paris climate deal will stitch the patchwork of progress together – but the drive will come from the fast growing clean energy and green finance sectors.

Who would have thought the governor of the Bank of England would become one of the most compelling voices on climate risk, or that Blackrock would tell investors coal is a dud bet?

Trump may wreck all of this. Or he may find his perceived worldview is outdated. As France’s erstwhile climate ambassador Laurence Tubiana told me last November: “It’s a good test”.

Whatever one country does – however large it may be – market forces, technology innovation, consumer preferences will continue to drive the low carbon transition.

Chronicling this fast-changing story are some of the best journalists I have worked with, be they from Reuters, Bloomberg and the FT or E&Enews, Carbon Brief, Carbon Pulse and Business Green.

Amid the hysteria of so-called fake news we’re missing the fact that quality news is thriving, and specialist outlets are winning new audiences and making money.

This is a great time to be a climate reporter, and a wonderful space for Climate Home’s growing network of global newshounds to thrive, backed by the site’s ever-supportive owner James Ramsey.

I wish my successor Karl Mathiesen the best of luck, covering what I think is the most important and exciting story on the planet. I’ll be reading every word.