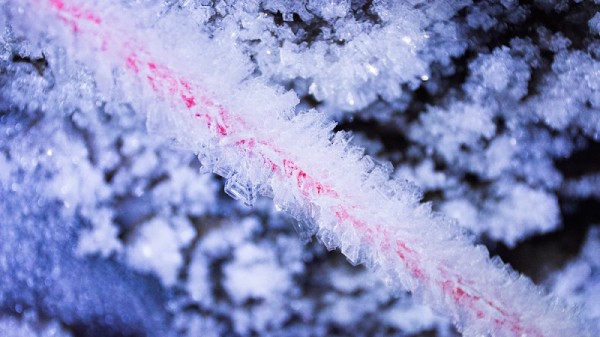 By Olga Dobrovidova in Igarka

This story, just like many others, starts with a sentence.

The sentence, found in the Second Assessment Report on Climate Change in Russia presented by Roshydromet, the Russian state meteorological service, in 2014, reads as follows:

Almost 60% of buildings and structures in Igarka, Dikson and Khatanga and 100% in some small settlements in the Taymyr district are damaged due to permafrost degradation.

I first read this sentence in July 2014, before the report even went public. Thirteen months (I couldn’t let it go) and one Earth Journalism Network climate journalism grant later, I find myself gently touching permafrost eight and a half metres underground.

Listed in the sentence are small towns and villages in the north of the Krasnoyarsk Krai — a region 9.6 times the size of UK that stretches from almost Mongolia to the Kara Sea in the Arctic. It also happens to be my homeland.

Now, I come from Krasnoyarsk, the regional capital in the south. I suspect an overwhelming majority of people born in Krasnoyarsk, like me, may have never been so far north.

So, to me, Igarka, Dikson and Khatanga are just these mysterious names that only exist in TV weather forecasts — with an occasional classmate or colleague who moved to Krasnoyarsk to study or work and sometimes goes home to see their family.

I know these places must exist (and it must be pretty cold most of the time), but that’s all — I have no mental images of what they look and feel like.

Then there’s permafrost. I have spent most of my relatively short career covering all things climate, from the Kyoto Protocol to renewable energy to climate models, but I did it from a desk at a Moscow news agency and occasionally from UN climate conferences.

I filed several stories highlighting the gravity of the problem with permafrost thawing due to climate change and talked about it at length, sometimes to strangers. But I had never seen actual permafrost “in the wild”, despite it covering two thirds of the Russian territory.

That obviously didn’t take anything away from the issue, which was important regardless of whether I personally had witnessed its scale, but it did bother me a little.

And now I am told that there are places where everything is damaged by permafrost degradation, and then there are other places where, fortunately, it’s just two out of every three buildings. Naturally, I just had to find out what the frozen hell that looks like.

One does not simply get to these places, though, especially in September, which is moments away from a dark and rather unforgiving northern winter (you can imagine how many Game of Thrones puns and jokes I have gone through). After extensive and creative planning, my trip now involves a plane, a helicopter, a boat and a bus. 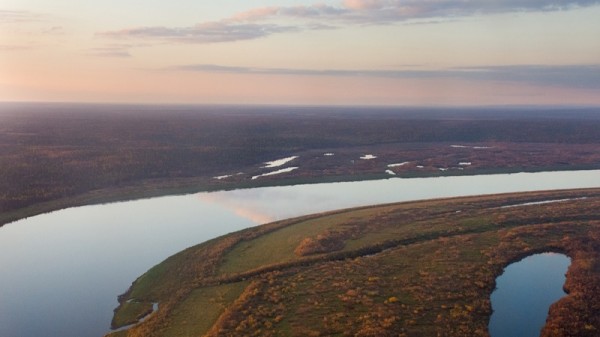 The view from my first ever helicopter flight (Pic: Olga Dobrovidova)

After a total of four hours in flight with some fellow passengers and lots of cabbage (you gotta get the cabbage to these remote villages somehow), I am now writing this blog from Igarka, a town of five thousand people and streets that mostly look like this: 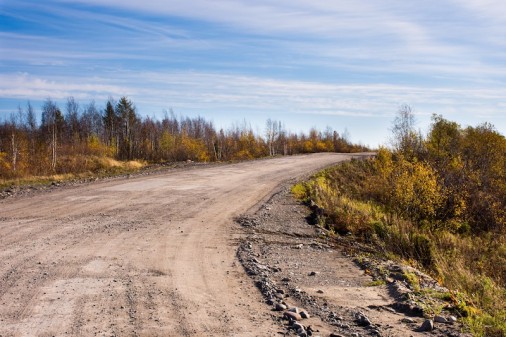 Yes, this is a street. Named after Yuri Gagarin, no less (Pic: Olga Dobrovidova) 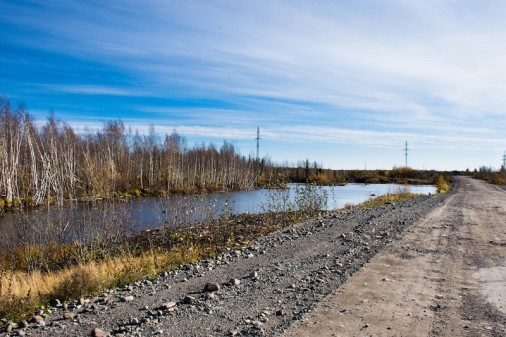 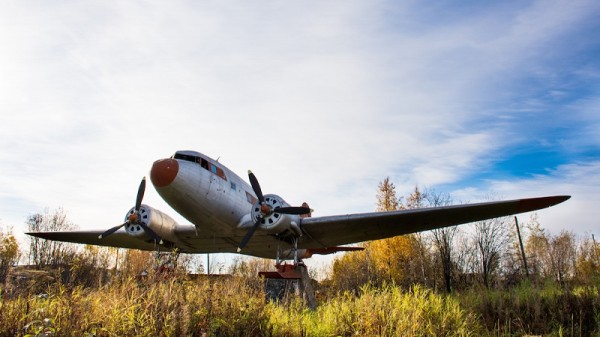 You know how sometimes streets have Soviet aeroplanes parked in them? (Pic: Olga Dobrovidova)

I have yet to carefully survey the streets that do have “buildings and structures” and see if the 60% statistic holds true, but I have already seen some damage — pretty close to where I am staying: 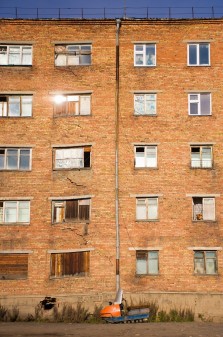 In the next several weeks I’m going to write, tweet and occasionally Instagram about my adventures in the Siberian North, all kinds of permafrost (yes, of course there are many) and the people who dare to live and build on it.

Check out my hashtag #thefrostroads and stay tuned for more wild tales from almost winter here on RTCC. 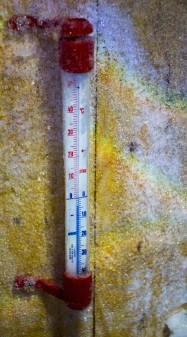 This is my first underground rainbow (Pic: Olga Dobrovidova)

This is the first of a series of reports on the social and economic impacts of permafrost degradation in the Russian Arctic. Olga Dobrovidova’s trip is being funded by a grant from the Earth Journalism Network.