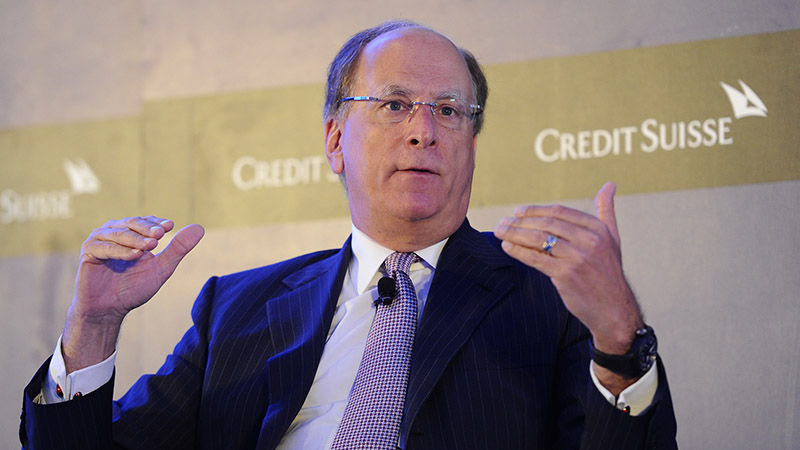 The chief executive of the world’s largest investor, Blackrock, is calling time on companies that ignore long term risks like climate change.

In a letter to the heads of S&P 500 companies and top European corporations, Larry Fink expressed concern at the lack of focus on environmental and social risks in boardrooms.

“For too long, companies have not considered them core to their business – even when the world’s political leaders are increasingly focused on them, as demonstrated by the Paris Climate Accord.

“Over the long-term, environmental, social and governance (ESG) issues – ranging from climate change to diversity to board effectiveness – have real and quantifiable financial impacts.”

Blackrock has an estimated $4.6 trillion assets under management, with its World Energy Fund holding shares in ExxonMobil, Shell, Chevron, BP and ConocoPhillips.

Shareholders have already challenged the boards of Shell and BP to acknowledge the risks tougher climate policies pose to their investments.

Both companies have agreed to publish analysis on how greenhouse gas targets impact their strategy, while pressure is mounting on ExxonMobil from US shareholders to do the same.

This week the company’s lawyers signalled it wanted to exclude a ‘climate justice proposal’ from a 25 May annual general meeting, branding the initiative “vague”.

Fink indicated Blackrock would be supportive of future moves to encourage more focus on long term strategies.  Many companies had not “educated” investors of the threats to their business model, he said.

“Those activists who focus on long-term value creation sometimes do offer better strategies than management.

“In those cases, Blackrock’s corporate governance team will support activist plans. During the 2015 proxy season, in the 18 largest US proxy contests (as measured by market cap), Blackrock voted with activists 39% of the time.”

Seb Beloe, a partner at London-based asset managers WHEB said the comments were “significant and important” given Blackrock’s status.

“I hope that it give the impetus to CEOs who know that this is a sensible course of action but have not done so because they have been looking over their shoulder at their investors,” he said.

“Now one of their biggest investors is telling them to stop quarterly guidance and focus on long-term strategic issues – let’s hope this is the nudge that they needed.”