The new head of the UN’s green fund has a packed to-do list: here Climate Home outlines what he should focus on in his first year in charge 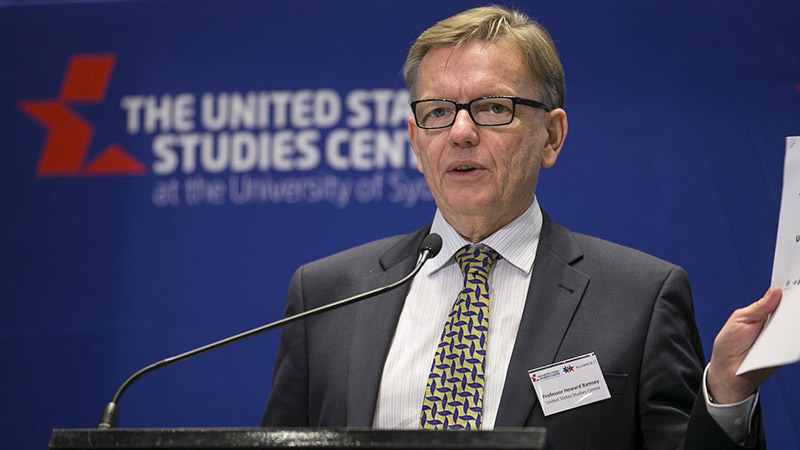 It was perhaps inevitable that his arrival slipped under the radar: the GCF is not a household name and the focus on Donald Trump’s path to the White House has obliterated other news stories.

But it is a critical juncture for the body, which despite only coming online in 2015 has faced intense scrutiny and not a little criticism for (so far) failing to deliver on its high ambitions.

That may seem unfair, yet the GCF was mandated to deliver a ‘paradigm shift’ in green financing. It has pledged over $1.3bn of support, but its portfolio of 37 projects has so far received just $5m.

To underline its importance, it’s worth reflecting on the 2015 Paris climate agreement, which specifically talked of the GCF as the funding mechanism for its lofty goals.

Climate Home has canvassed opinions from think tanks, the banking sector and civil society to help Bamsey work out what his priorities are.

Most respondents said the GCF secretariat is under-staffed and lightweight. Bamsey needs to “figure out how to get good people to move to Songdo,” said Annaka Peterson from Oxfam America.

The money is there: in December the board signed off on funds to boost staff levels from 100 to 140 by the end of 2017, citing current workloads as “unsustainable”.

Located on the outskirts of Seoul, Songdo is a new city built on reclaimed land. It’s often called the world’s first ‘smart city’ but more than one visitor has told Climate Home it’s “drab” and “grey”.

A priority must be “high quality competent technical and policy savvy staff” with an emphasis on candidates from emerging economies and the developing world, said Athena Ballesteros, a finance expert with the Growald Family Fund.

“They should consider GCF operations beyond Songdo so they can attract talent from places where folks don’t want to move to Songdo HQ; for example consider satellite operations for adaptation work in places like Namibia, Bangladesh, Fiji instead of centralizing everything in Songdo,” she said.

ICYM: Aussie Howard Bamsey was just given one of the most important jobs in the climate world https://t.co/K1c9HsaCQj pic.twitter.com/oo2H7U6Zvj

It’s a suggestion Niranjali Amerasinghe from the US-headquartered World Resources Institute agreed with, pointing out the GCF has staff retention issues.

“The idea of regional hubs for readiness, where you locate GCF regionally, could be a way to get at some staffing issues,” she said.

“They could have existing accredited entities host GCF staff to avoid having to set up offices. The secretariat also needs more people to handle the due diligence work that the incoming pipeline demands.”

Just under a quarter of the GCF’s initial $10bn billion hangs in the balance, with the US having delivered just $1 of its $3bn pledge.

Optimists point to incoming secretary of state Rex Tillerson’s opaque promise to have a “bottom-up review” of funding proposals, but the runes look bleak.

President-elect Trump is on record criticising Washington’s support of UN climate projects, and it is unlikely the rest will materialise, said Paul Bledsoe, a DC-based energy consultant and former official in the Clinton White House.

One London-based banker told Climate Home he would be looking to Bamsey to “secure a commitment” from the US on the outstanding amount.

A battle of attrition at home – 1st of 3 articles on Obama's climate legacy: https://t.co/auL6WGvV9N pic.twitter.com/98vLh6W2md

Others seem less bothered. “The $2.5 billion will probably be a challenge – and while it’s important to the replenishment cycle and political process, it may not be a bad thing to slow down and work on quality,” said Oxfam’s Peterson.

Andrea Rodriguez, an attorney with Mexico City-based NGO AIDA Americas said she wanted to hear Bamsey articulate “what sort of resource mobilization strategy he has in mind” if the US bails.

In the event Trump does pull the plug on funds, expect repercussions, said Arunabha Ghosh, CEO of the Delhi-based Council on Energy, Environment and Water.

“Is that going to affect India’s approach to cooperating with the US on climate change? Yes, it will undermine trust even further,” he said.

$10 billion may seem loads of dosh but it’s peanuts when you consider global clean energy investments were $287.5 billion in 2016.

A paradigm shift at the scale the GCF envisages will require dynamic partnerships with the private sector at a scale it has so far failed to deliver.

A ‘Private Sector Facility’ is on the backburner but it’s time to make this “truly operational” said one banker who has worked with the GCF since it came online.

The fund copped a load of abuse for linking with HSBC, Credit Agricole and Deutsche Bank – which all boast significant fossil fuel portfolios – but few banks can boast 100% green records, and their expertise is important.

While unpopular with some green groups, who see climate aid as a function for governments not companies, analysts at the Democrat-aligned Center for American Progress say the PSF is useful as a tool for pitching climate in an age of Trump.

“Investments in other countries to mitigate and adapt to climate change can also create opportunities for U.S. businesses, write Howard Marano and Cathleen Kelly.

“Through the Green Climate Fund’s Private Sector Facility, for example, investments in developing regions that have so far lacked significant private-sector investment could open new markets for U.S. investment and exports.”

Incredible but true: a recurring concern Climate Home has picked up is the lack of quality projects the GCF has to play with.

As a result the mad dash to disburse $2.5 billion by the end of 2016 (which the board eventually abandoned) led to support for some projects critics said were less than satisfactory.

“The quality of the project pipeline is important. There will continue to be struggles around what is transformational and what the GCF should/shouldn’t fund, such as large hydro,” said Peterson.

“We need to change the incentives structure so that staff get incentivized not based on an approval culture or moving the money but make it about a ‘race to transformation’,” said Ballesteros.

Part of the problem here is structural. The ultimate aim of the GCF is to allow direct access to funding from developing countries, but the links to capitals and governments are not 100% there.

“Some adaptation projects which were approved at the first GCF Board meeting over a year ago have not seen a cent delivered due to additional paperwork being required by the GCF,” he wrote.

“This model of “micro-scrutiny” of paperwork used by the GCF is ineffective and inappropriate.”

Huq’s solution to complex paperwork and the difficulties around evaluating the business case for projects aimed at reducing flooding or preventing drought is radical, but direct.

“The GCF should allocate in the order $50 to $100m per vulnerable country (who number less than a hundred) and enable them to start spending the money immediately on their own priority projects,” he said.

“The Fund needs to make an effort to continuously support direct access entities not only to be accredited to the Fund but also to strengthen their capacities for complying with GCF standards and safeguards,” he said.

WRI’s Amerasinghe said more work needs to be done on clarifying what “country ownership” of projects means, along with ensuring “stronger country programming”.

It’s a theme echoed by Rodriguez from AIDA Americas, who said the GCF and Bamsey need to focus on “programme implementation and readiness support”.

This may be the toughest challenge facing Bamsey, who inherits an organisation frequently riven by spats in a board split between developing and developed countries.

Speaking at last year’s COP22 UN climate summit in Marrakech, one board member told Climate Home the working atmosphere is much better than before, but problems persist.

For one board members still seem split on whether GCF funds can be spent on fossil fuel projects – Saudi Arabia, Japan and China are among those who have opposed a ban.

Another worrying trend is the desire of some countries to use the GCF as leverage in localised disputes – take India’s failed blocking of an adaptation project in Pakistan.

Board tensions may rise through 2017 as the date for GCF replenishment draws near, with richer nations demanding more focus on the private sector and poorer countries asking for more cash.

For Oxfam’s Peterson, a central issue is the need for the GCF to work out what its core purpose is, and start delivering. “The issue of will the fund really be there for the most vulnerable people/countries is an open question,” she said.

“Politics have kept the GCF on track to date. But it is very bureaucratic, there is unhealthy discussion about the adaptation/development divide with pressure to move money at scale with big institutions and zero scrutiny for large mitigation projects for big financial institutions.”

“The Green Climate Fund has failed to live up to its promise so far,” said Ghosh. “India and other developing countries are aware that the promises that have been made for several years now – not just on the GCF but on climate finance in general – have not been met.”

In many ways this underlines the problem facing Bamsey – the GCF is not so much seen as a new organisation which came online just over a year ago but more a symbol of the chronic lack of progress on generating funds for climate-related projects.

Still, he has time and he has a willing range of potential partners who want this organisation to succeed. With the US set to turn off the cash taps he can prove that climate projects don’t need massive injections of government funds, but can use smaller amounts to leverage private sector investments.

The GCF can be the first global institution to develop blueprints for effective adaptation investments that can be scaled up across continents and leverage support from major institutional investors.

The GCF can be the first to deliver on its promise to offer fast and targeted support to developing countries where it’s needed, and it can act as a pathfinder in upskilling officials in Asia, Africa and Latin America long-used to taking orders and advice from the West.

The clock is ticking and the path ahead is rugged, but if he’s willing to be bold, Bamsey has a huge opportunity.