After objections by the Indian representative, the Green Climate Fund has kept on hold a project to reduce the risk of glacial lake outburst floods in northern Pakistan 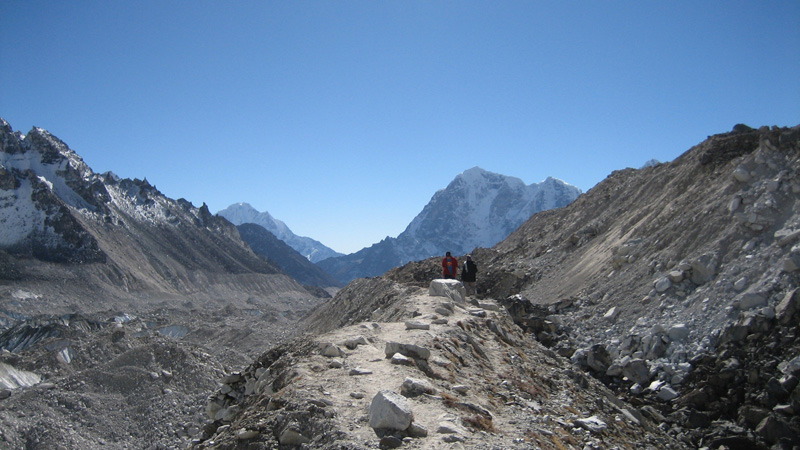 By The Third Pole staff

The approvals – some with conditions – came at the 14th meeting of the GCF board, held from October 12 to 14 in Songdo, South Korea.

But a big project in South Asia was effectively kept on hold. There was considerable acrimony at the board meeting when Dinesh Sharma, representing the government of India, objected to the USD 37 million project meant to reduce the risk of glacial lake outburst floods (GLOF) in northern Pakistan.

The project is supposed to be carried out by the United Nations Development Programme (UNDP).

The status of the affected region was the big problem. Many of the activities under the project are planned in Gilgit-Baltistan, an area under the administrative control of Pakistan but claimed by both India and Pakistan.

Some parts are under the administrative control of China and are also claimed by India.

Sharma, a Special Secretary in India’s Ministry of Finance, said, “The same portion (Gilgit-Baltistan) comes under the administrative control of different countries. Not just India, it’s Pakistan, it’s the other countries also.”

Talking about the countries that are under threat from GLOFs in the Himalayas, Sharma objected to the exclusion of India from the list in the project proposal. “They are all listed in the appraisal note. Nepal, Bhutan, China. Only India for some reason is not listed.”

Sharma stressed that his objections were not political but technical. According to him, the proposal had assumed there would be no GLOF during the five years when construction under the project was going on, and this was a faulty assumption.

There have been a number of GLOFs in the region in the last few years.

After two days of debate and closed-door negotiations, a complicated decision was reached. The project was approved but an independent technical assessment to study its feasibility will be carried out. The report of this assessment will be submitted to the board and the money for the project will be given only if the board approves the report.

Many members of the GCF board expressed their unhappiness over the controversy. Speaking on condition of anonymity, a member from an African country said, “The meeting was effectively hijacked due to the political tension between India and Pakistan. This is not healthy. It may affect any proposal submitted by India in future.”

Another proposal that led to much debate was for a USD 378 million project for Sustainable Energy Financing Facilities, to be carried out by the European Bank for Reconstruction and Development (EBRD) in 13 countries – Albania, Armenia, Egypt, Georgia, Jordan, Kyrgyz Republic, Moldova, Mongolia, Montenegro, Morocco, Serbia, Tajikistan and Tunisia.

The problem was that of the 13, only eight governments had provided mandatory no-objection letters. It was finally decided that only those eight countries would be funded.

At the meeting, the board appointed Howard Bamsey of Australia as the GCF Executive Director for the next four years.

Eight more organisations were accredited by the board, so that they can approach the GCF for funds. The GCF is now the principal conduit for funding projects to combat climate change – much of its money comes from industrialised countries, and it has so far approved 16 projects, all in developing countries.

The fund now has over USD 10 billion, though that is far short of the promise by industrialised countries to pay USD 100 billion a year from 2020.

This article first appeared on The Third Pole