With the clock winding down on his presidency, Barack Obama signs over half a billion dollars to help poor countries fight climate change 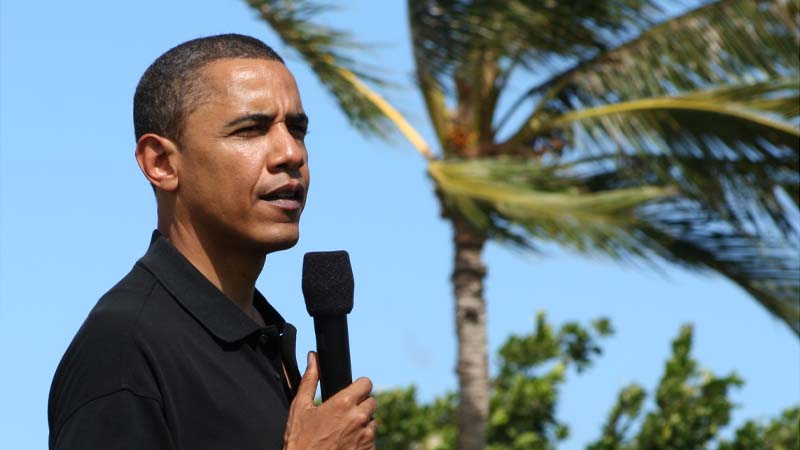 In one of his final acts as president, Barack Obama has pledged half a billion dollars to a UN climate fund that Donald Trump has threatened to cut off.

This matches the US’ previous disbursement to the Green Climate Fund, bringing the total to $1bn.

But it falls short of the $3bn commitment the country made in advance of the Paris climate talks in 2015, with the country unlikely to send more funding under a Trump presidency.

When asked about the fund in his senate confirmation hearing last week, Trump’s secretary of state pick Rex Tillerson was ambiguous, saying the new administration would be conducting a “bottom up” review of climate policy.

The fund is the major instrument through which money will be transferred from the rich world to the poor world to help them deal with climate change. Currently pledges to the fund amount to $10bn.

Climate Home understands that the Obama administration had decided on this course of action as early as the week after Trump’s election.

Diplomats at the Marrakech climate talks, which were occurring at the time, queried their US counterparts about what the election result meant for the important fund and were assured that the president would act.

Announcing the $500m grant, a state department spokesperson said: “The Green Climate Fund is a critical tool that helps catalyse billions on dollar in public and private investment in countries dealing not only with the challenges of climate change but the immense economic opportunities that are embedded in the transition to a lower carbon economy.

“The United States is pleased to have played a leading role in the establishment of the GCF and we are also please to be making this significant grant.”

It's a critical moment for the Green Climate Fund: here are 7 tasks for the new boss https://t.co/ODSKJpqbzu pic.twitter.com/oTu5NTWUYC

Friends of the Earth US deputy director of economic policy Karen Orenstein welcomed the announcement.

“Republicans in Congress should never have made it so difficult for the world’s wealthiest country to assist the world’s poor as they struggle daily to feed their families and make ends meet on a warming planet,” she said.

“The incoming Trump administration and Congress must not play politics with the moral and legal obligation of the US to provide assistance through the Green Climate Fund for those whose lives and livelihoods are today being devastated by climate change.”

Oxfam America’s Climate Change Manager, Heather Coleman, said the funds would “foster peace, stability and security” in the US and around the world.

“As countries around the world work to cope with increasing numbers of climate-change related disasters, the US must continue to honor our commitments to international climate action.”