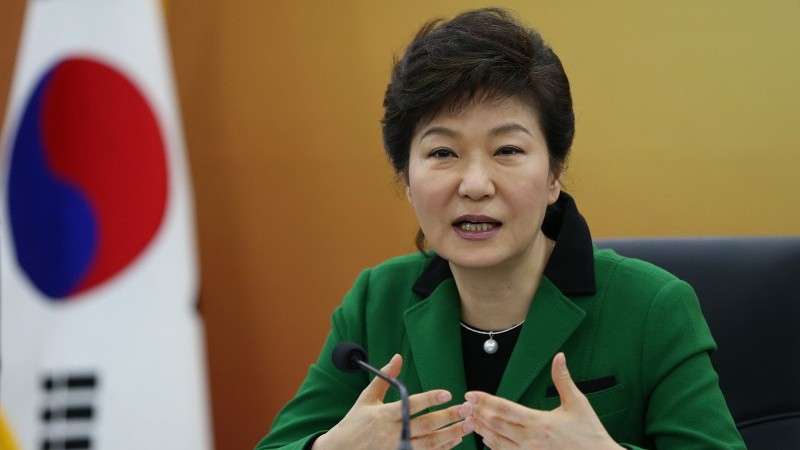 It has been a year brimming with self-congratulation and post-treaty goodwill. Across the world, politicians have dined out on the signing of the Paris agreement and its rapid ascension into international law.

But as the head of the UN climate body and the president of next week’s Marrakech talks said on Friday, it’s just a piece of paper. Now it’s time to actually start cutting emissions.

Back at home, the world’s major emitters have at best left their climate plans unchanged. Some have actually implemented policies that will lead to more, not less CO2 in the atmosphere.

Before diplomats and politicians return to the table in Morocco, Climate Action Tracker (CAT) has released its updated analysis of who has been naughty and who has been nice in 2016. Sadly, the latter is a very short list. 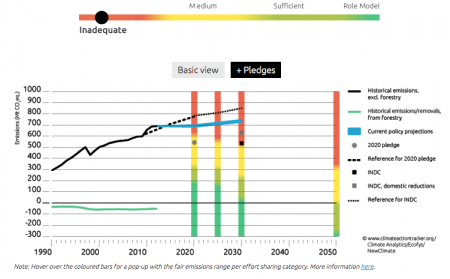 Leading the deplorables was South Korea. The country’s per capita emissions are rapidly increasing, said CAT, a rarity among the 21 countries in the Asia-Pacific Economic Cooperation forum. By 2035, it’s per capita energy use is set to overtake the US.

South Korea hosts the Green Climate Fund, but its coal-sponsoring export-import bank caused a flap at board meetings throughout the year by first applying for accreditation to disburse fund money, then withdrawing without explanation on the brink of a decision. Diplomats accused the bank of wasting precious time and resources.

When it comes to domestic climate policy Korea was the only country to shift radically into reverse in 2016. Its major domestic climate law, the Green Growth Act, was amended this year to replace its previous 2020 emissions reduction target made at the 2009 climate talks in Copenhagen.

The new policy is the 2030 target outlined in South Korea’s Paris agreement pledge. The problem? The new target cuts roughly the same amount of emissions as the one it replaced, except ten years later. (You can see them on the graph above marked as the grey circle and black square). 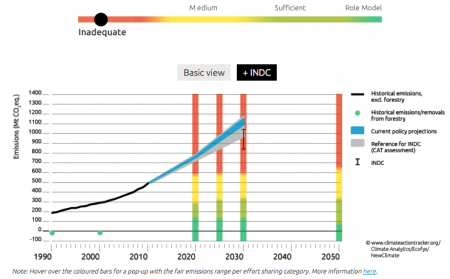 The Saudis are not known for their climate leadership, but the year following the Paris agreement was a particularly brazen one for the petrostate.

Despite massive potential for renewable energy, with solar efficiency in the desert among some of the highest in the world, the country stripped back its target for clean energy from 50% to 10%. This opens the way for oil and gas generation.

Seemingly uncaring that their country is predicted to be hit harder than many others by a warmer climate, Saudi Arabia’s despots are yet to sign the Paris agreement, while dozens of others have actually ratified it. Instead, they argued this year that the goals enshrined by the agreement should be built on factors other than science. 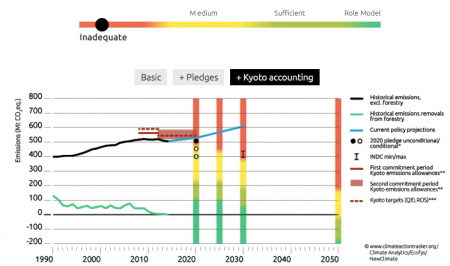 Where to start? Under the leadership of the mercurial Malcolm Turnbull, formerly a climate hawk, Australia has continued 2016 where it ended 2015, an isolated and ridiculed pariah.

It continued to push for the economically unfeasible Carmichael coal mine, slashed funding for renewable energy research by A$1bn, opportunistically blamed renewable energy for causing a major blackout and called for coal power stations to be reopened.

Oh, and it appointed a man who once described the “moral case” for coal to be environment minister. 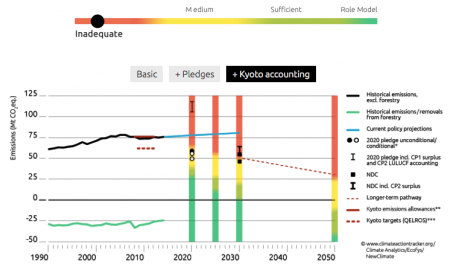 Elsewhere, the problem was less active backtracking and more a listless drifting. Countries with question marks hanging over their policies failed to do anything about them.

In 2016, New Zealand’s romance with creative accounting continued apace, despite increasing scrutiny from civil society and its media.

The country plans to use carbon credits bought from Ukraine and Russia to meet its targets. Unfortunately those credits appear to be bogus.

Under plans developed last year, the government also wants to change its own rules on counting carbon in forests to make them simpler. The problem? They want to time the rule change so they get a huge windfall of carbon credits that have no real-world impact on emissions.

In a year when most governments forgot that incrementalism involves more than one step, the Himalayan republic was a beacon.

Before Paris, countries submitted their intended nationally determined contributions (INDCs). These laid out the voluntary cuts in carbon each country would make. Now, as Paris enters into international law on Friday, countries have replaced their INDCs with NDCs – meaning it’s game time. Most countries NDCs were carbon copies of their Paris pledge.

But little Nepal, with its per capita GDP of $689, actually improved its ambition in 2016, adding new targets that signal its commitment to low-carbon development. By 2020 it aims to get 20% of its energy from renewable sources; increase its electric vehicle share, cut fossil fuel use in transport by 50% by the middle of the century and reduce deforestation.