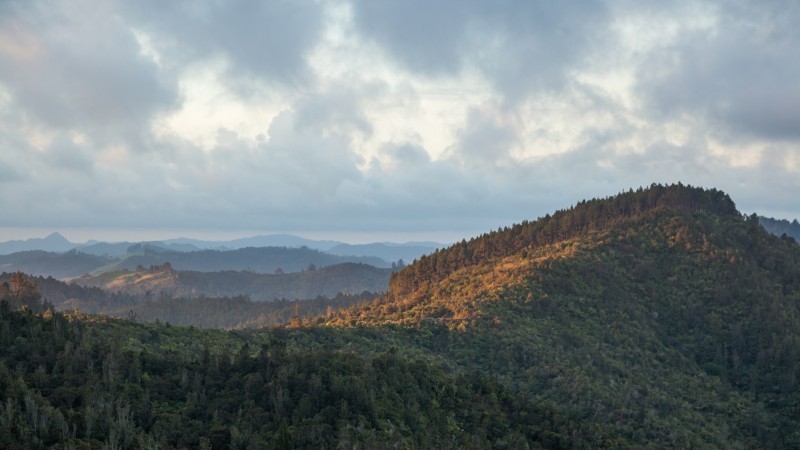 New Zealand has been accused of manipulating its carbon accounts to avoid tough climate action, in a wheeze hinging on vast pine plantations established in the 1990s.

In New Zealand’s submission to the Paris climate agreement, the country proposed a simplification of forestry accounting rules.

Currently, the commercial forests are subject to a complex, fluctuating system of carbon credits and deficits as trees grow and are cut down.

The government is proposing to treat these plantations like continually standing forest, with the carbon storage averaged over time.

What might sound like common sense is in fact a cynical attempt to cook the books, according to a report from charity the Morgan Foundation on Wednesday.

Between 1990 and 2005, New Zealand planted 500,000 hectares of pine plantations, increasing the total plantation area by almost 50%. This means a huge bubble of maturing forest will be cut down in New Zealand over the coming decade. Under current accounting rules, the country would have to pay back carbon credits that had built up as the forests matured. 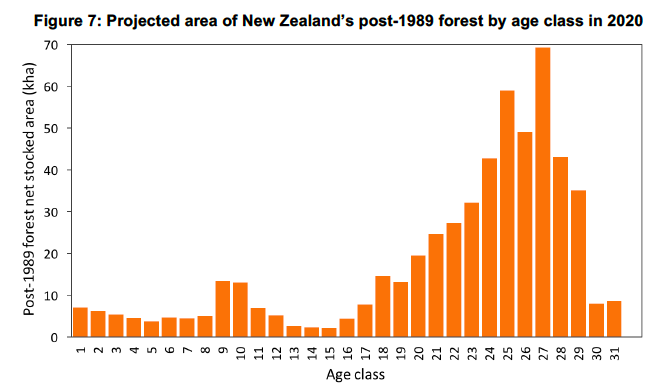 But the New Zealand proposal would allow the country to keep the credits and not have to pay back any of the carbon lost when the plantations are harvested.

“The issue is the timing of the change: right when, under existing rules, New Zealand’s forestry ‘credit card’ is maxed out,” said the report.

After the government refused to release details of how much this rule change would save the country in actual emissions cuts, the Morgan Foundation developed its own model. The results found that the government would be able to claim 79 million credits – roughly the amount of carbon the country emits in a year.

This would have a large impact on New Zealand’s commitments to the Paris agreement, which pledges a reduction of 30% below its 2005 level of pollution by 2030. 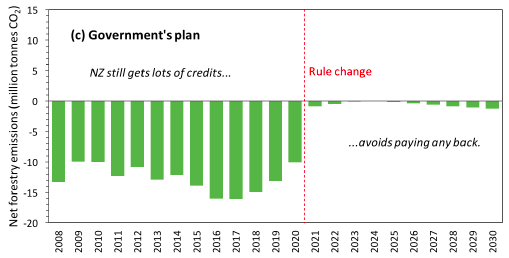 Study author Paul Young said: “This will mean that New Zealand’s current 2030 commitment is not in fact a progression on past targets, violating a key principle of the Paris Agreement. This risks setting a harmful precedent that could hugely undermine global climate change efforts.”

Under the Paris agreement, countries are encouraged to set their own goals and have some leeway to make their own accounting rules. Peer pressure is the main tool to prevent countries from exploiting the system. To account for the advantageous timing, New Zealand should raise its level of ambition significantly, said Young.

It is not the first time New Zealand’s carbon emissions accounting has been labelled dodgy. In April, the Morgan Foundation found New Zealand was holding millions of fraudulent carbon credits bought via a loophole from Ukraine and Russia.

In a separate assessment to be released this week, Climate Action Tracker (CAT) deems New Zealand’s climate policies to be “inadequate”. Overall, CAT estimates New Zealand’s forestry and land use carbon sink will decline from 30 MtCO2e to 11 MtCO2e by 2030 due to “increased deforestation and forest ageing”. “Uncertainty remains” over the way in which the New Zealand government will account for these changes, said the CAT report.